As part of Campaign's 'Not Normal' series of essays about 2020, we look at the way ads early on in the lockdown came to look and feel much like one another until eventually creativity broke free of its shackles.

As Covid-19 promptly brought life as we knew it to a standstill, the creative community found itself forced to think outside the box to inform and entertain the housebound masses like never before.

While in the first few weeks of lockdown, brands made ample use of rainbow flags and stock footage of empty streets, production companies and ad agencies soon found new ways to create content in keeping with social-distancing guidelines.

Medb Riordan, managing director of Academy Films, was working on an Amazon shoot in Prague when the coronavirus began to take its toll across Europe, prompting the ecommerce brand to abandon the project.

“Once we went into full lockdown everything became very reactionary,” Riordan says. “Clients wanted to respond immediately to what was happening, and so we started to see a lot of the same type of work. I don’t think agencies had time to craft a proper response.”

In response to these difficult circumstances, Riordan adds that production companies began working with directors at an earlier point in the creative process to gain a better understanding of what could be achieved from a technical perspective, including where drones could be flown and how many people were able to film in each country.

“There was a real desire, a real ambition for agencies and production companies to just keep shooting, and we were finding ways around things we never thought we would be able to do,” she says.

A prime example of how to wade through lockdown measures, supermarket Tesco was hailed as the brand that had made the most positive contribution during the coronavirus pandemic, according to a survey carried out by IAB UK and YouGov.

The supermarket was one of the first brands to launch a campaign promoting its social-distancing measures, “Little helps for safer shopping”, at the end of March – an ad that took just 72 hours to turn around, according to Alessandra Bellini, chief customer officer at Tesco, which works with Bartle Bogle Hegarty London. “Covid-19 changed the way our customers shopped and we wanted to reassure them that they could continue to shop safely during this time,” she says.

Tesco was also able to turn to an existing platform, revamping its “Food love stories” campaign (which has been running since 2017) to highlight the unifying power of food during lockdown. Doing so enabled the supermarket to roll out an ad in mid-April, less than a month after the UK was ordered to stay at home.

“We were happy to be able to use our long-standing strategic campaign ideas without the need to create something new,” Bellini adds.

Bringing innovation to absurd new heights during lockdown, Publicis.Poke launched a do-it-yourself TV spot for car brand Dacia, which was shot in a remote flat in Tel Aviv, Israel. 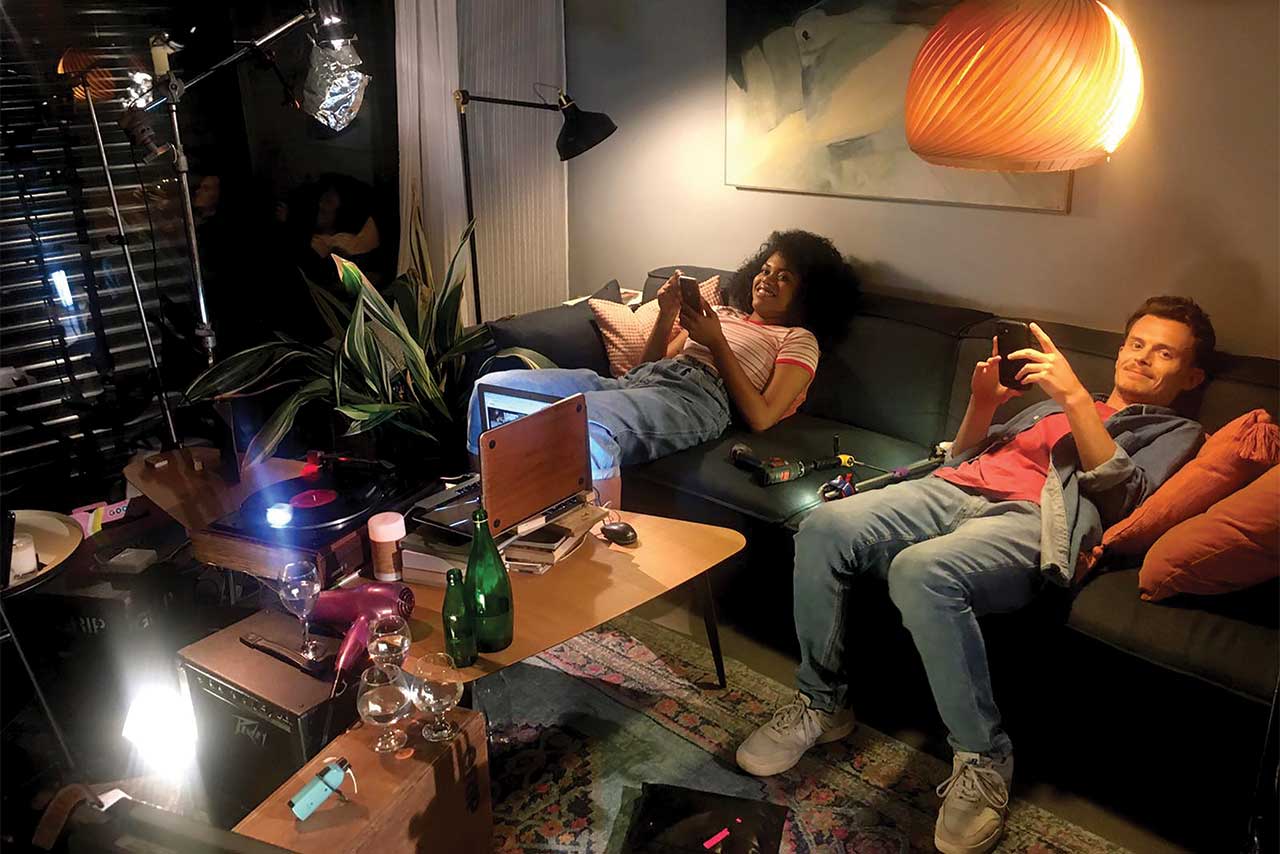 The work, which came out in June, showed a Dacia Duster driving through the night, before zooming out to reveal that a series of domestic bells and whistles were behind the ad.

A miniature model of the car was tactically placed in front of a laptop background, with a hairdryer, drill and record player used to provide road-like background noise to simulate the appearance and sounds of a moving car.

The ad ends, as a voiceover declares: “You don’t need a Hollywood budget to bag yourself a blockbuster.”

“There was a certain theme of work that came out at the beginning of lockdown – people on Zoom, lots of piano soundtracks and some earnest voiceover telling you that we were living in unprecedented times. No shit, of course we were,” Dave Monk, executive creative director at Publicis.Poke, points out. “Our people started to sort of work within the restrictions that they had, and with Dacia we were rebelling against the piano soundtracks.”

The ad took four weeks to put together, with the miniature Duster sourced (and subsequently lost) en route from Germany.

“The whole point of it was showing that when you put a creative lens on for a car ad you don’t need to go to South Africa and wait for the sun, with a huge crew and a big Russian armoured car following everything. You can make it believable.”

Once the initial shock of life under Covid had passed, the work produced under lockdown restrictions shows that while the world may have stopped, creativity certainly didn’t.

Uncommon wins Agency of the Year at Campaign Big Awards

Campaign podcast: Making Christmas ads in the era of the coronavirus pandemic