As part of Campaign's 'Not Normal' series of essays about 2020, we look at the devastating effects of the Covid-19 pandemic on industry leaders who had to adapt both physically and mentally.

Any positive visions of how the new decade would pan out for brands, agencies and media owners were shattered by spring when offices closed and clients put a hold on major campaigns and agency reviews.

The stock markets plunged when nations began entering lockdown, leading to a second quarter that was one of the worst for the industry in living memory. Omnicom was the hardest hit with a 23% drop in organic revenue, followed by Dentsu (-20%), Havas (-18.3%), WPP (-15.1%), Publicis Groupe (-13%) and Interpublic (-9.9%).

It was the stark reality, after brands including Coca-Cola, McDonald’s, Sky and Amazon, paused their adspend. The closure of non-essential retail had a major impact on some media owners such as cinemas, which were shut, and out of home.

According to Nielsen figures from 23 March to 30 June, aimed at illuminating the effects of the first lockdown, traditional adspend from the top 10 spending brands in the UK plummeted by more than £1.1bn year on year, or 48%. One of the few advertisers to buck the trend was the government – its spend went up by more than £50m.

In August, the inevitable news came that the UK had officially tipped into recession, the first since 2009. Redundancies and salary sacrifices had swept across the business world and that once little-used word “furlough” was now established in the public lexicon. Those excited year-end predictions of the new “roaring twenties” seemed a lifetime away. 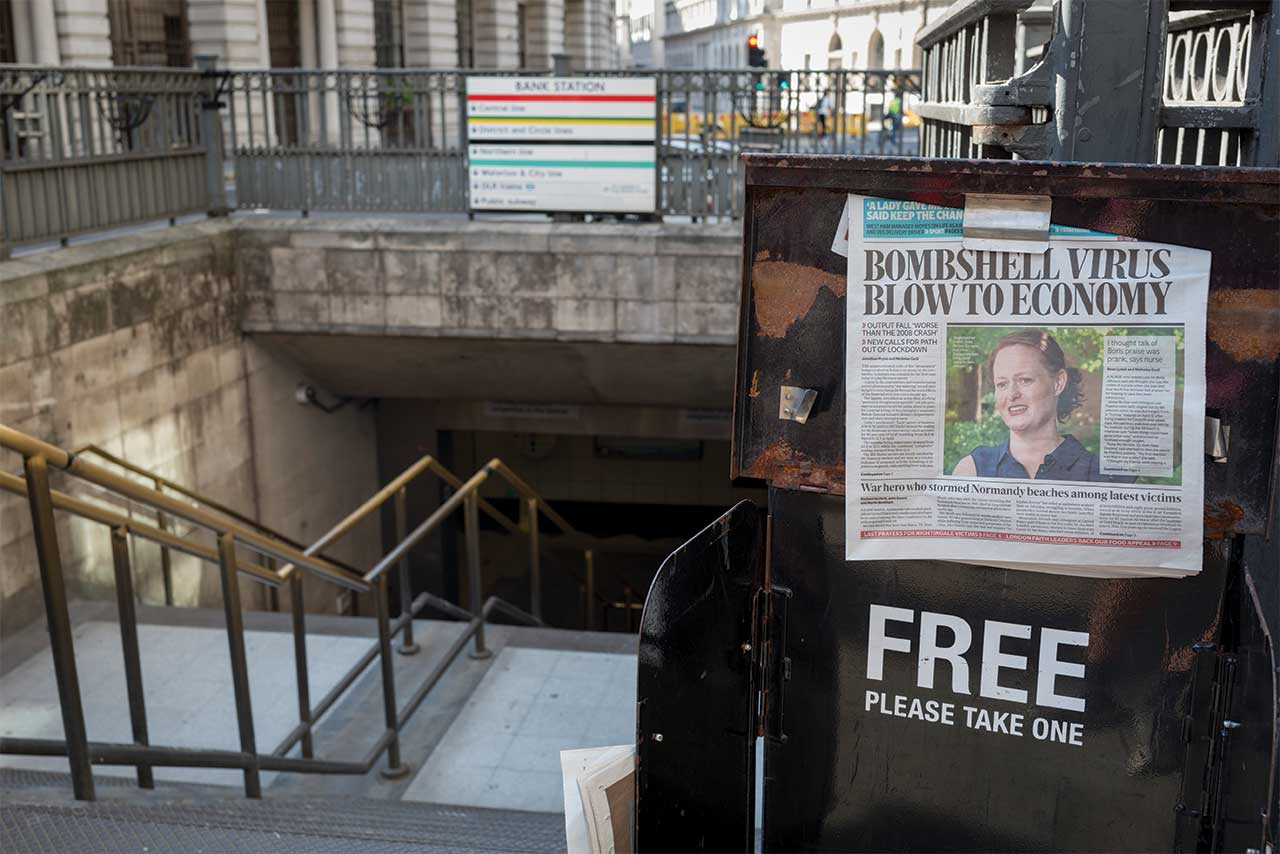 Back in adland, it meant that the role of the agency leader was thrown into turmoil. No longer were they thinking about which work to enter for Cannes, how to win the next big pitch or other ways in which to grow revenues.

As Xavier Rees, chief executive of Havas London, explains, the focus turned to the functional such as how staff would work from home, mental wellbeing and how to get the office ready for their return.

He recalls: “It was the best first quarter we’ve had since I’ve joined, both from a creative output and commercial point of view, and to suddenly get thrown into lockdown, we didn’t know what it would mean.”

Rees says that, initially, the leadership team was upbeat but it soon became clear that the office would have to close and change was needed. “There was a bit of denial at the beginning and then a grudging acceptance of what we needed to do – and that was to quickly assimilate to new ways of working.”

It was also a testing time for leadership styles. Rachel Forde, chief executive of UM London, says leading through the crisis has given her confidence in an empathetic approach. “Now I see empathy as a skill, not a weakness,” she comments.

Forde found that she wanted to show employees that she was also feeling vulnerable and understood the changes people were going through were hard.

“I was really conscious about how everyone had been impacted, so it was a lot of listening to make sure people felt supported,” she says. “That’s why, as a leadership team, we had to show our own vulnerability, to give people confidence to be themselves and to open up.”

"Now I see empathy as a skill, not a weakness"
— Rachel Forde, UM London

The emotional roller coaster of leading during such extreme circumstances was also felt by Rees. When it came to the difficult conversations with clients that needed to pull back on spend, he would find himself doubting their commitment to the agency.

“Emotions are irrational, even though I knew that our clients had faith in us, it didn’t stop me questioning it,” he explains. “It’s like going on a date and the other person’s train’s been cancelled, you wonder if it was really cancelled.”

Even though there were some tough conversations going on with clients who were having their budgets cut, agency leaders still felt that they needed to support chief marketing officers because they were no longer getting that face-to-face time with each other or their agency partners.

Annette King, chief executive of Publicis Groupe UK, says the agency quickly organised a Zoom roundtable for about 10 CMOs so that they could share their experiences, ideas and challenges.

“As an agency, you can bring those clients together, facilitate that kind of conversation for them, which is really helpful because they’re not going to meet their peers as easily as they might do. It’s kind of the role of the service partner,” she adds. 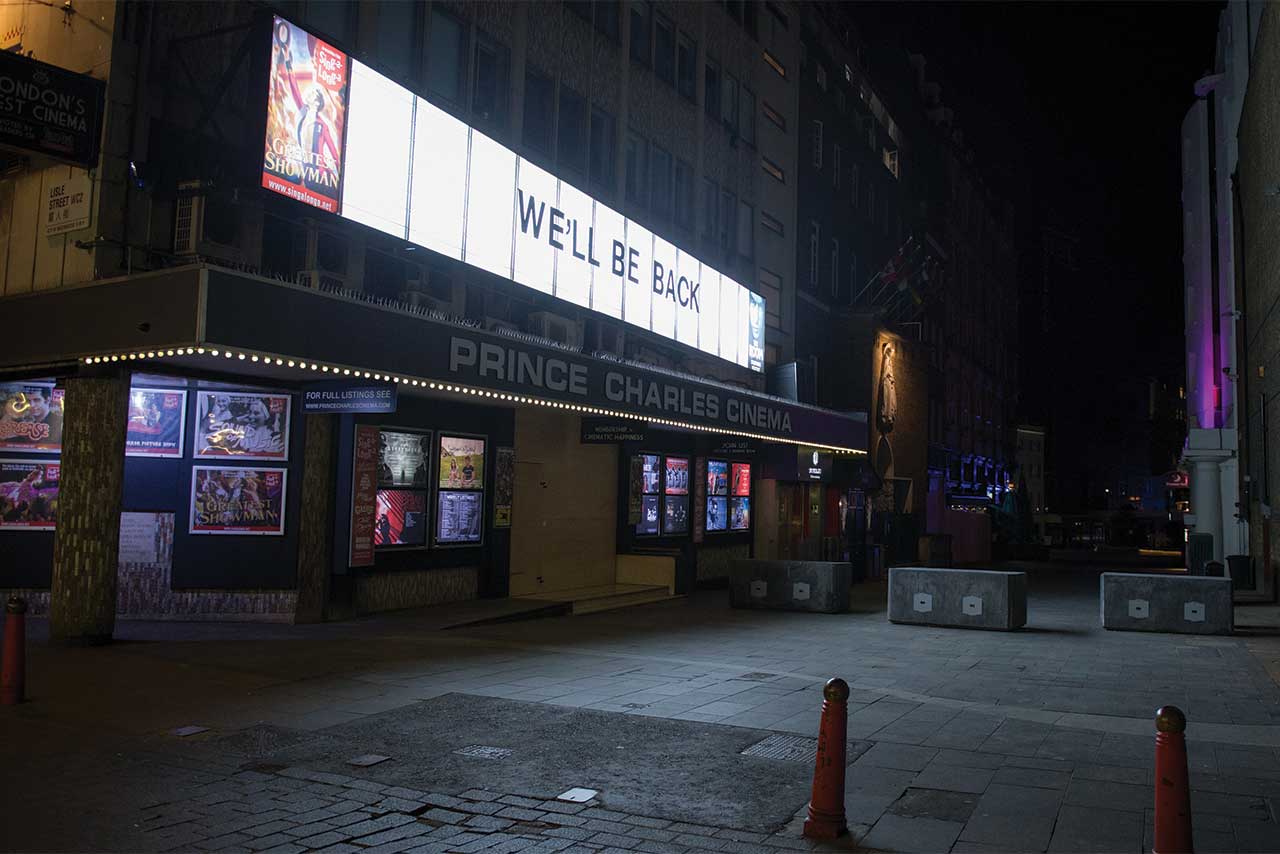 Agency leaders needed to find new ways of keeping mentally fit too. For King, this meant 6.30am walks with her husband or a friend, once the strictest measures began to ease. Rees, meanwhile, found his long commute had helped him change from his work-self to a husband and father, so when this was taken away, he had to find an alternative way to manage this. It ended up being that he listened to the same song every day: Your Silent Face by New Order.

“It happened by accident – or at least subconsciously,” he says. “Listening to it mentally and emotionally slows me down. It seems the perfect bridge between the speed and intensity of a day at work… and the completely different type of energy I need to be of any use at home.”

The doom and gloom has eased slightly with news of a vaccine for Covid-19 sending stock markets surging and the Office for National Statistics reporting record growth of 15.5% between July and September for the UK economy.

The damage done by the pandemic will have far-reaching effects but there is a glimmer of hope now as companies look to build back again in 2021.

Outdoor industry says ad recall over lockdown was up 51%

IPA Bellwether: budgets still down sharply but marketers dare to hope for better