As part of Campaign's "Not Normal" series of essays about 2020, we look at how the government’s marketers and those working at its agencies had to move at lightning speed in immensely challenging circumstances.

Healthcare workers have been on the front line of the fight against coronavirus, but it has also required a major effort from the government’s marketers and their partners in agencies, including MullenLowe and Manning Gottlieb OMD’s Omnigov.

The task this year for Alex Aiken, executive director for government communications, has been monumental. The Covid crisis has been called the biggest disruption to life in the UK since the Second World War, and the government has certainly never faced a greater comms challenge since the war ended in 1945. While Nazi Germany posed a greater existential threat than the virus, at least Churchill’s government only had to grapple with a single broadcaster (BBC radio) and no internet.

The Covid-related work has comprised 14 separate campaigns – from “Stay home. Protect the NHS. Save lives” to “Hands. Face. Space”, and the launch of the current Test and Trace app in September. More than 1,000 different digital assets have been produced and more than £100m spent on media-buying.

That makes the overall response, Aiken says, the biggest ever public service marketing campaign – something that comes with both “a sort of pride and a sense of regret… because it’s something you wouldn’t really want to do. It’s not a normal position to be in.” The scale of the task has made the experience both humbling and rewarding, he adds.

The first few months were the most dramatic, and the messaging hardened as the number of deaths peaked at more than 1,000 a day in April. MullenLowe has been working on Covid comms since February, when it was handed the task of creating a campaign
to promote rigorous hand-washing.

“Almost immediately, I knew it wasn’t a normal public health campaign,” Tom Knox, executive partner at the IPG agency – who was surprised to find himself in 10 Downing Street, presenting to, among others, Dominic Cummings – says. “Enormous rigour was being applied to the research both quantitatively, with input from behavioural science, and qualitatively, with a rolling programme of research.”

"I don't think any of us will ever forget the experience of this year"
— Tom Knox, MullenLowe

During the first lockdown, while most staff worked from home, a core group was based in the Cabinet Office and began turning around work at lightning speed. With the overall response evolving daily, MullenLowe was briefed on new messaging each Monday and had creative ideas ready to go into production by the Friday of the same week.

The pace of work meant “sometimes achieving the outright impossible”, Paul Knight, chief executive of Omnigov, says. But, like many, he has been impressed by the way teams have adjusted to remote working. “As much as I miss the face-to-face interactions, the technology has been a big success. Used in the right way, it can be a benefit to our working life.”

Aiken admits the demands of the work have meant he has worried about the mental health and wellbeing of his staff – but a surprising source of support came in the shape of the Army, which reinforced the Covid hub in a process called Maca (Military aid to the civil authorities).

“The Army talks a lot about hygiene and a lot about resilience, and did sessions on mental health, which helped people through and built a strong team from very disparate elements,” Aiken says. “And that helps strengthen people’s resolve, it helps them actually understand their limits.”

The highest objective of all the Covid work has been to save lives, which means “effectiveness has to always be our driving principle”, according to Knight. But the rapidly evolving situation has also meant some messages have landed less well than others. 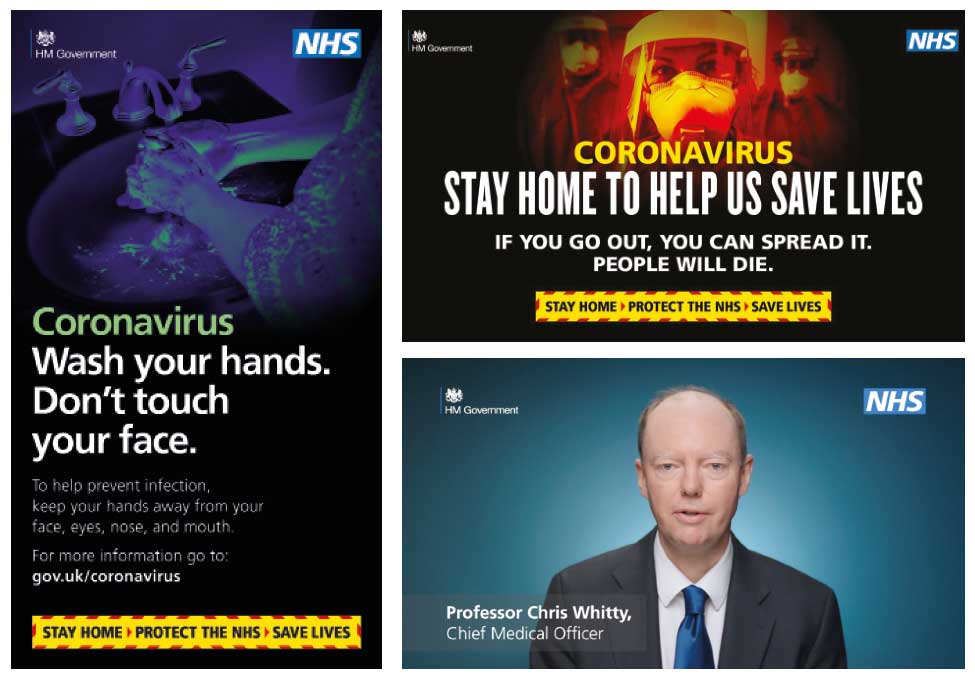 A key lesson learned, Aiken says, has been that lines like “Stay alert” – mocked in some quarters for its supposedly vague instruction – are less effective than “specific asks” such as “Hands. Face. Space” and “Eat out to help out”.

The latter brought a huge boost for struggling restaurants in August but some questioned its wisdom in light of the second Covid wave.

Both Knox and Aiken point to the campaign for the NHS Test and Trace app as a source of pride; there have been more than 20 million downloads – far more than for equivalent apps in other countries, Knox says.

Despite the tragedy and hardship of the year, all three leaders find positives. Aiken points to a moment [in May or June] when health secretary Matt Hancock, appearing on breakfast TV, recognised the direct role of marketing campaigns in saving lives.

Knight and Knox, meanwhile, celebrate the way colleagues and partners rose to the task at hand. “The generosity and goodwill of the industry in supporting key communications, the coming together of the UK publishing industry across hundreds of titles, has all been inspiring,” Knight says.

“The teamwork, camaraderie and energy that the agency has displayed has been truly inspiring,” Knox adds. “I don’t think any of us will ever forget the experience of this year.”

Exposure to TV ads up 15% during height of lockdown