Marketers had reason to be concerned as the New Year arrived, but despite continued economic uncertainty, 2011 delivered marketing milestones in droves, writes Nicola Clark.

A year of volatile stock markets, slipping consumer confidence, depressed marketing budgets and ever-gloomier forecasts presented a headache for Britain's marketers. However, as 2011 has proved, a faltering economy does not equate to a dearth of ideas among marketers. The past 12 months have provided an array of triumphs for the industry; here are just a few.

No country does pomp and ceremony quite like Britain. As Kate Middleton unveiled her intricately designed Sarah Burton creation, Brand Britain received its biggest boost in years. Even hardened republicans struggled to resist the opportunity for a good old-fashioned knees-up. With the Queen's golden jubilee and the Olympic and Paralympic Games on the horizon in 2012, the opportunities for brands such as Hovis and John Smith's to capitalise on their British heritage are phenomenal.

When The Sunday Times Style magazine starts printing festive features extolling the virtues of Secret Santa and festive belt-tightening, it is clear that brands need to tread carefully. 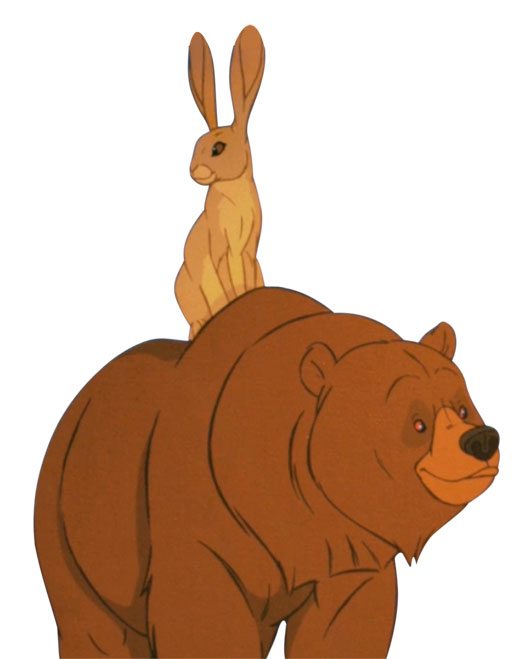 As many consumers face up to a decline in their earnings, limited job security and continued economic uncertainty, John Lewis and its advertising agency Adam & Eve's beautifully crafted TV ad, celebrating the joy of giving Christmas presents, hit the right note.

The axe finally fell on the 65-year-old Central Office of Information (COI) this year when Francis Maude, the minister for the Cabinet Office, approved a plan to close the organisation as part of a drive to cut government communications costs. A mere 20 COI staff will be moved to the Cabinet Office next year, while the others will be redeployed elsewhere or made redundant. The process is due to be completed by April 2012. As Marketing went to press, Jenny Grey, the director of policy and communications for the Cabinet Office, was acting as the executive director of government communications. Grey's remit is to manage the redundancy process of the remaining 400 staff. It is a sad and ignoble end for an organisation which only a few years ago employed more than 700 people and ably demonstrated how marketing could be used as a force for good.

Google and Facebook's rivalry is one of the biggest marketing battles of recent times, as the pair compete for advertising investment and consumers' attention. With Facebook accounting for an increasing amount of time spent by people on the web, Google is prioritising its social strategy. In June came the long-awaited unveiling of Google+, its social network and answer to the strengthening market- ing muscle of Facebook. In November, Google launched its first feature for brands, Google+ Pages, its first large-scale attempt to promote the fledgling network to marketers. Burberry and Pepsi are among the big-name brands to have signed up to the service so far.

Last year Pepsi sent shockwaves through the marketing community when it decided to ditch its flagship Super Bowl spot in favour of digital media. The brand said it was creating a 'movement not a moment'. While curmudgeonly marketing professors may have dismissed the strategy, Pepsi has continued to drive the marketing innovation agenda. Now, through its sponsorship of The X Factor USA, the soft-drinks manufacturer is returning to Super Bowl advertising with a spot that will star the show's winner. The news comes as The X Factor USA has made the bold decision to allow voting via Twitter and Facebook, potentially cannibalising its revenues from phone votes. By harnessing the buzz around the show, PepsiCo is well-placed to deliver a truly 'super-social' Super Bowl strategy, suggesting that its focus on social media is here to stay. 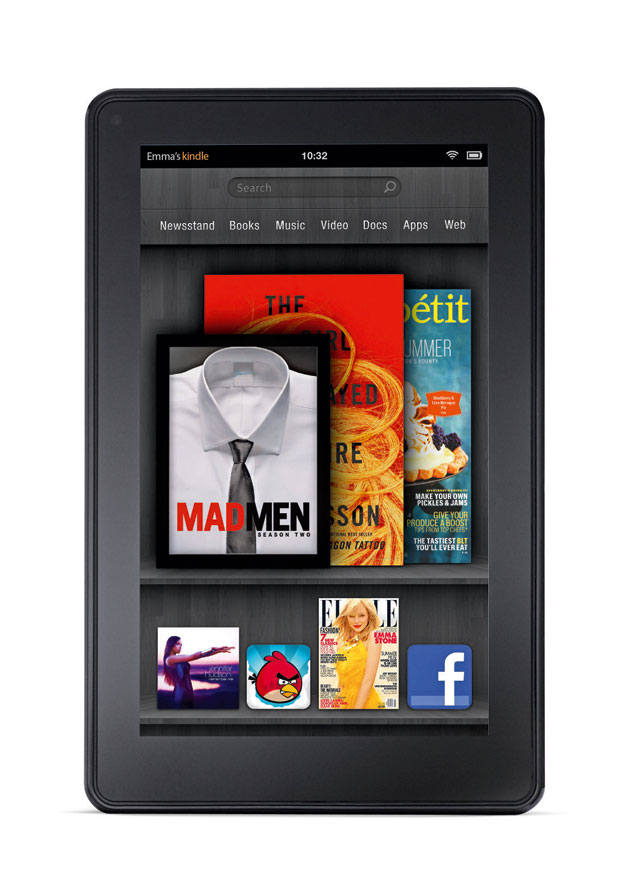 Amazon's long-awaited answer to the iPad, the Kindle Fire, is set to be the most serious challenge yet to Apple's dominance in the tablet market. The device, which began selling in the US for $199 (£128) last month, is significantly undercutting the iPad. Launching the device, Amazon's founder and chief executive, Jeff Bezos, told an audience in New York: 'This is unbelievable value. What we're doing is making premium products and offering them at non-premium prices.'

Myspace's fading fortunes are an epic tale of strategic blunders, mismanagement and a stark warning about fickle user behaviour in digital media. The social network, which launched the careers of Lily Allen and My Chemical Romance, also acts as a stark warning to marketers on the danger of believing that each and every popular digital channel is here to stay. When user numbers are multiplying at such phenomenal rates, it is easy to forget how precarious the position of social networks can be. At its December 2008 peak, Myspace attracted 75.9m monthly unique visitors in the US, according to ComScore. News Corporation bought MySpace for $580m (£373m) in the same year. However, in January this year, the social network moved to axe the majority of its workforce outside the US. While analysts argue that the site could still re-invent itself, many more are of the opinion that Myspace's time is well and truly over.

8. COCA-COLA CELEBRATES 125 YEARS OF BEING 'THE REAL THING'

In a year of extreme change, the enduring appeal of Coca-Cola, which celebrated its 125th birthday in May, served to underline the staying power of a strong brand. Coca-Cola remains one of the world's favourite drinks, despite its high sugar content against a backdrop of concerns about rising obesity levels, particularly among children. 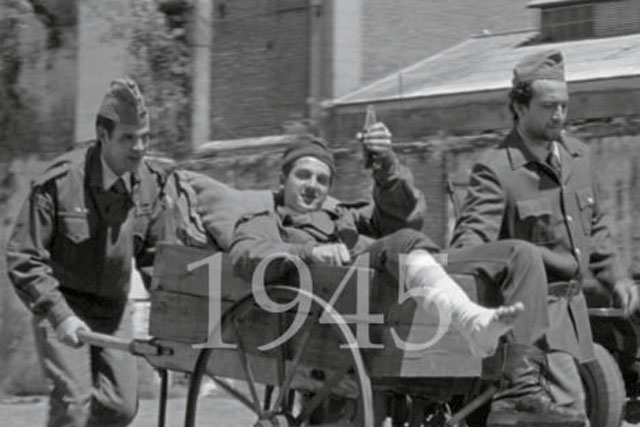 When Unilever revealed its plans to take a more 'More magic, less logic' approach to marketing, the initiative was applauded by marketers across the company. The FMCG corporation revealed it wanted to shake up its numbers-led strategy to reward marketers who are prepared to take risks, and back creative ideas. At a global briefing, senior marketers Keith Weed and Marc Mathieu outlined its 10-year plan, designed to 'enable marketers to fail', where previously they had been 'scared' to do. At a time when many marketers have complained privately that the industry is becoming too focused on 'meaningless metrics' at the expense of creativity, Unilever's shift seemed apt.

10. THE UK RIOTS, BRANDS AND THE OCCUPY MOVEMENT 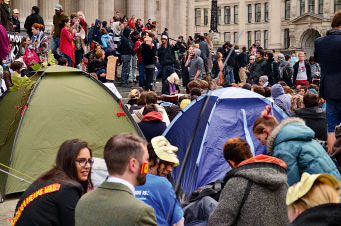 Amid the national soul-searching that followed in the wake of this summer's riots, it was impossible for brands not to speculate about the long-term impact of the unrest on their businesses. Commentators have warned that British consumers are facing up to a 'social heart-attack' as citizens lose faith in the country's biggest social institutions and political processes. The images of London's streets ablaze and rioters looting from stores such as JD Sports, PC World and Carphone Warehouse flashed across the world and served to underline the precarious social and economic climate. The growth of the Occupy movement suggests that anger over global capitalism is more than fleeting unrest. The generational gap between fearful parents and an activist younger generation is growing, and the shift has major implications for brands, which need to ensure they are sensitive to the political and economic climate.

The Year Ahead for ... Technology

Marketing's Top 10 Quotes of the Year

Marketing's Adwatch of the Year 2011