A new book looks back at the heady days of an advertising icon through the eyes of the creatives, suits, PAs and directors who worked there. Here are some of its best bits.

The brief for a new blockbuster commercial for British Airways had been in the creative department for a long time and people were getting twitchy. Just ahead of a critical 2pm client presentation meeting, the creative team Graham Fink and Jeremy Clark revealed, from a restaurant, that they’d left an idea in their office. It was a very rough scribble of a rather grotesque, disconnected smiling mouth, an eye and a nose, and finally a scribbled face. With an equally rough production estimate cobbled together (about £1m) just in time, the presentation went ahead.

Fortunately, trust in the agency led to the iconic "Face" commercial being made. 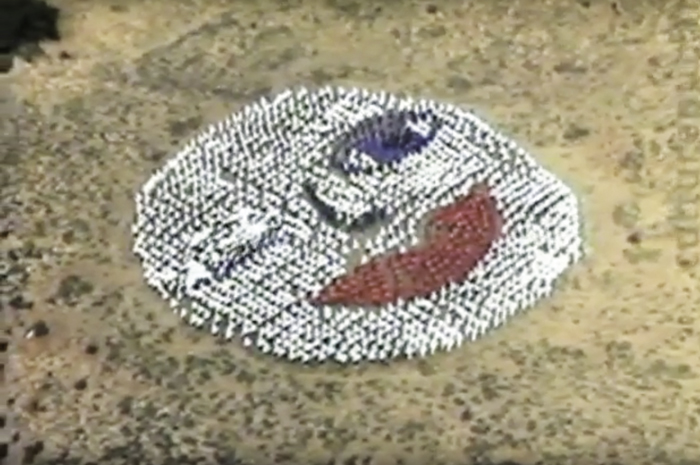 It’s alleged that Maurice Saatchi brought a little creativity to recruitment when he and Charles Saatchi left the company in 1995. Maurice would call a key client and say their account team was about to leave Saatchi & Saatchi and join him in his new venture, so perhaps he would be better off with the new agency too. He would then call the members of the account group and say their client was about to jump ship to his new agency and, if they wanted the chance to carry on working, they’d better join him straight away.

The Black & Decker account was new to the agency but the honeymoon period had been extremely short. They’d rejected all the TV commercial scripts written for them. So group account director Tony Dalton assembled three of the client’s marketing managers in his office and quickly removed their smiles with this broadside: "Your account has been in this agency for only a few weeks and it’s already a joke account around here. And I’ll tell you why. It’s because you’re acting like a bunch of cunts." One of the clients fell off the end of the armless sofa he was sitting on and landed on the floor. But the showdown did the trick and Black & Decker went on to become a very successful, award-winning account.

The price of fame took many forms as the celebrity of the agency and of its founders grew. The price was exactly £3,000 when account handler Tom Holmes recklessly, but successfully, bid that amount for the puppet heads of the "Snaatchi & Snaatchi brothers" from satirical TV programme Spitting Image in a charity event auction.

Holmes’ considerable hangover was made even worse by the sight of the two rubber heads and the horrible realisation that he’d blown a quarter of his annual salary on them. His immediate boss was profoundly unsympathetic and told him to take the puppets to Charles and Maurice and explain himself to them. Charles and Maurice weren’t there so he left a note with the heads.

Returning to his desk, Holmes dis-covered a message from Maurice, thanking him for his initiative "in saving the heads from falling into another agency’s hands". The £3,000 bill was paid.

Charles wasn’t averse to making fun of Maurice. Strategic planner Mike Leibling recalls meeting Charles with his dog in the lift soon after Saatchi & Saatchi had moved into the Garland-Compton offices on Charlotte Street: "I introduced myself and he introduced himself. He then pointed down to his dog. ‘You’ve met my brother Maurice?’"

Charles came up with some classic lines aimed at Maurice, including: "Sometimes, Maurice, I can’t believe we came from the same womb!"

Team Saatchi founder Mike Parker remembers Charles saying: "You fuckwit, Maurice. You’re using your brains again." And one-time PA to Charles and Maurice, Andrew Green, remembers a phrase worthy of Malcolm Tucker in The Thick of It: "Why don’t you fuck off, Maurice, and stay fucked off."

A great salesman and his urine

The Toyota Land Cruiser was, and still is, the vehicle trusted by most drivers in the world’s deserts. Anecdotally, drivers who break down here survive by drinking their own urine. So the agency created an ad: "Here’s to never having to drink your own urine."

When management supervisor John Wright presented the idea to Toyota’s Mike Moran, he loved the idea but was concerned it would cause offence. No amount of rational argument was getting him to change his mind, so Wright came up with an outrageous way to demonstrate his and the agency’s belief in the ad. He said, if Moran approved the ad, he, Wright, would drink his own urine. But Moran wasn’t persuaded.

However, when Wright returned from a holiday soon afterwards, he was in another (unrelated) Toyota meeting with Moran. During the meeting, Moran excused himself and returned with a cocktail glass and a magazine. He opened the magazine to show Wright an ad: the Land Cruiser urine ad. "Your turn," Moran said, and Wright went right ahead and kept his side of the bargain and drank his own urine.

100 years of keeping calm and carrying on

Watch: Magnus Djaba on how his global role at Saatchi & Saatchi will be different