The Royal National Institute of Blind People (RNIB) has made a pregnancy test prototype which would allow women with sight loss to know their result privately.

The product, by The & Partnership London, has been two years in the making and features a large, tactile button that becomes raised when the result is positive. It uses the same technology as other pregnancy tests but changes the output from a digital screen to a mechanical button.

Since pregnancy tests rely on a visual symbol, women with sight loss are denied the right to privacy when they take one, because they must rely on someone else to read their result. With the prototype, the charity aims to raise awareness of the need for more accessible design across many areas of life.

Ads illustrate the real-life implications of inaccessible design on people’s private lives, with headlines reading: “Patti is having sex again” and “Sam’s period is late”. 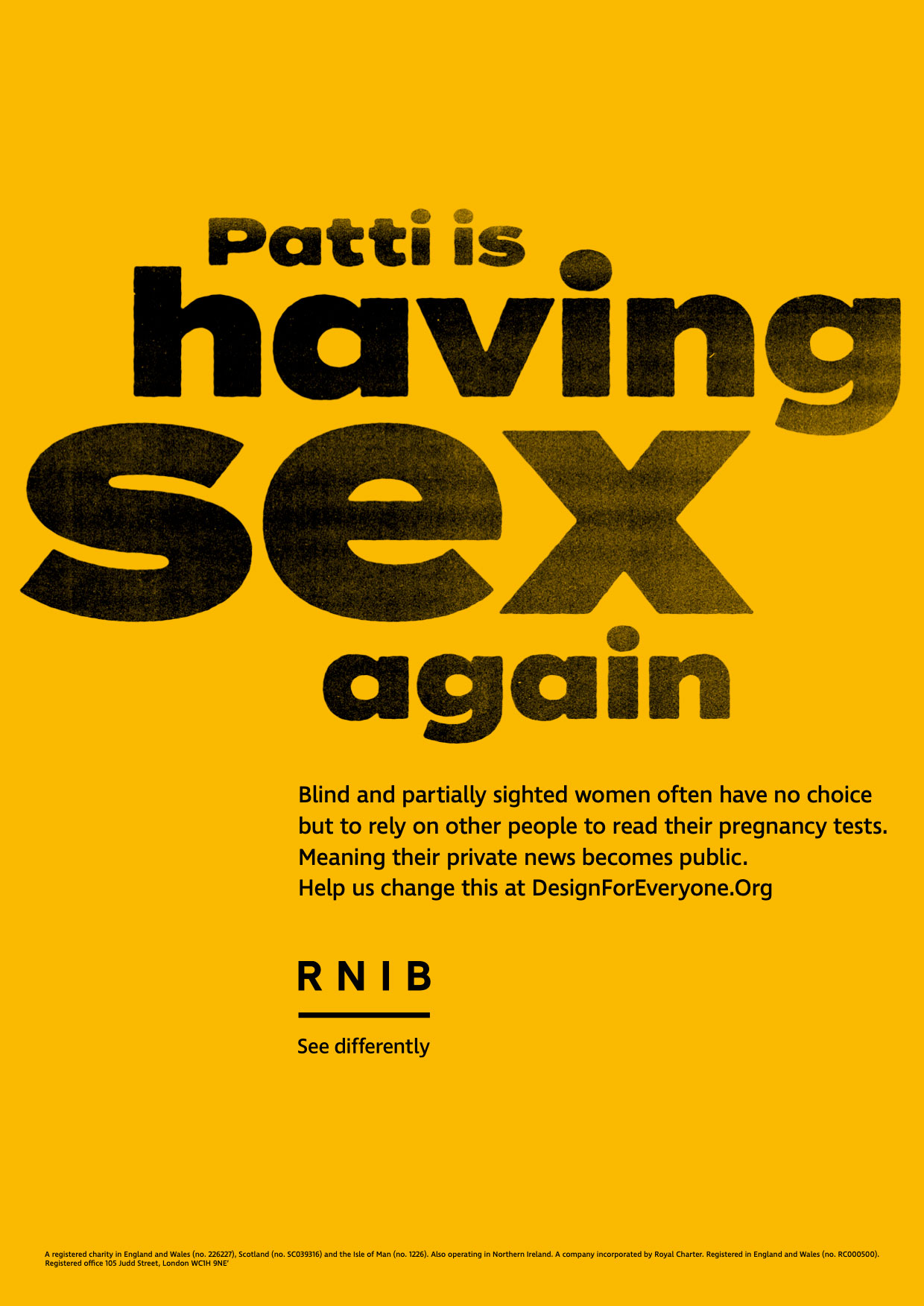 They will run across social media, radio and outdoor sites at locations including Liverpool Street and Blackfriars stations in London.

The campaign was created by Angus Vine and Helen Rogerson, while product designer Josh Wasserman developed the prototype.

RNIB and The & Partnership are also making the research and process behind the prototype freely available at DesignForEveryone.org, to encourage other designers to put accessibility first. 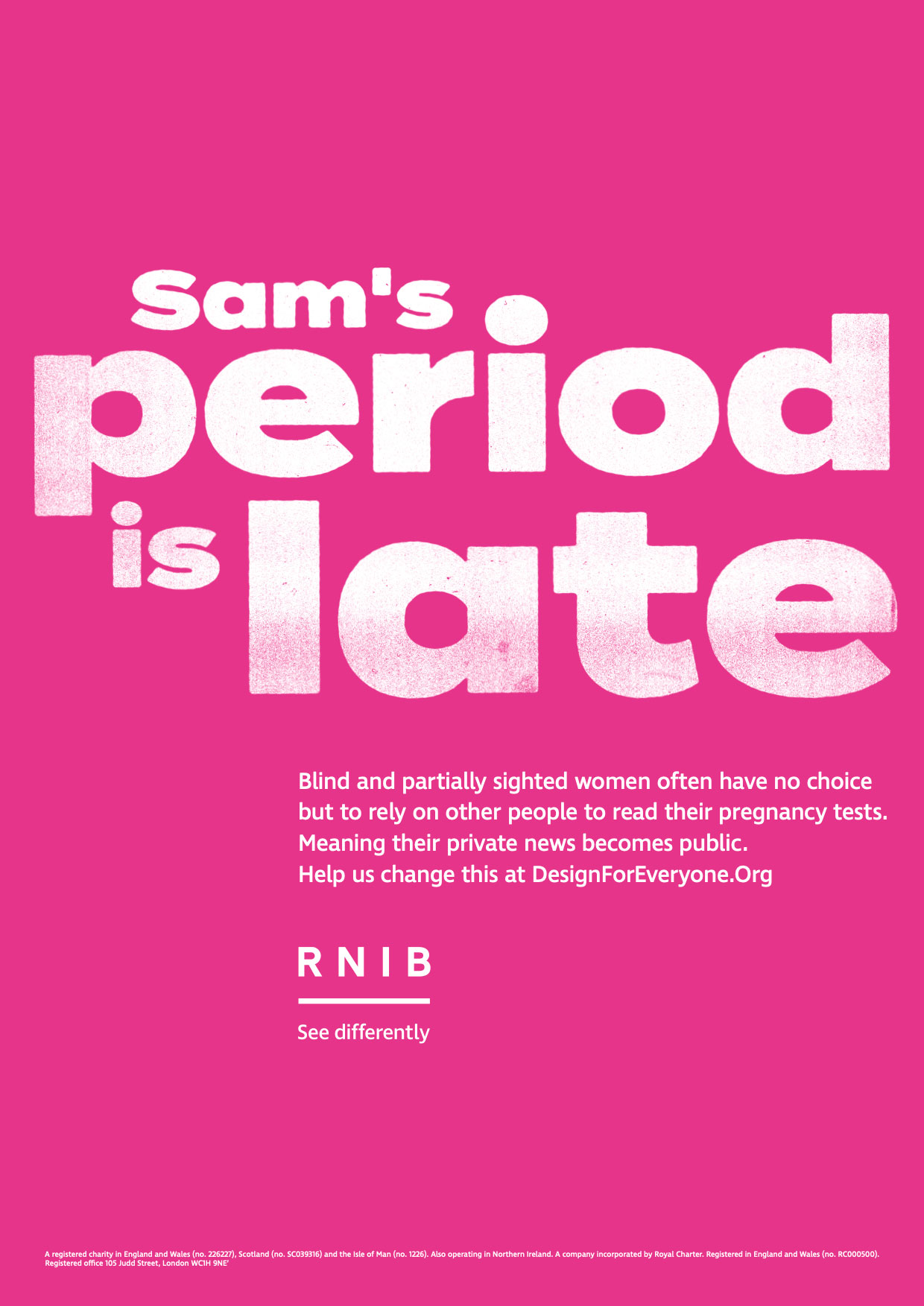 Martin Wingfield, head of brand and marketing at RNIB, said: “The problem isn’t just limited to pregnancy tests, we’ve heard incredible stories from people with sight loss of not being able to access their own medical information. From product packaging to financial information, everyone has the right to privacy and dignity.”

Yan Elliott, executive creative director at The & Partnership, added: “This prototype proves that it’s absolutely possible to make a difference to people’s lives, just by looking again at the products we use. Accessible design isn’t something that’s far off in the future, it’s for here and now and we wanted budding designers to be able to think accessibly in future by sharing them.”

Behind the RNIB's new visual identity and creative by The & Partnership