We ask one Thinkbox Academy member to cast his eyes over the best TV creative from the last two months. Stand out spots from Lurpak, Nationwide, Oasis, Sainsbury's and Vimto make up the May/June Thinkboxes shortlist. 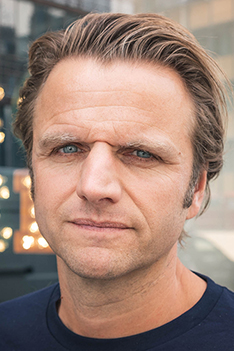 I wonder if this social world of ours has lead us to create two versions of ourselves.

The public-facing, purpose-led do-gooder, and the humorous, funny, real person you reveal only to your close friends and family.

I think most ads nowadays talk to the former, and we all nod along and agree yes, that talks to me. But, deep down, you’re not really engaged.

The good stuff talks to the latter.

I love the Oasis campaign and this ad in particular, because it is honest and real.

It talks to the real me, the one I pretend I’m not. It’s funny, honest and has a bite. And it pokes fun at all those ads that talk to the worthy, purpose-led me.

The sort of ads that win big global awards, while everyone you know and every person in the pub sneers and says what a load of pretentious tosh.

Softest is Lurpak’s most spreadable product yet – great for busy people on the go. As is perfectly illustrated in a stylishly-edited montage of a young woman getting up, getting ready for work, making breakfast and preparing a sandwich for her lunch. Lurpak helps it all go smoothly – nothing, not even a tiny splash of tomato juice on her blouse, can hold her back. The moral is that even a rushed moment can be an opportunity to make great-tasting food.

Nationwide’s "Voices" campaign underlines the building society’s pioneering heritage by sharing inspiring customer stories from its 134-year past. In this latest execution, poet Jo Bell brings us the lyrical tale of its first ever mortgage offer – to Alfred and Elizabeth Idle, who thereby escape the squalour of Victorian London and make a better life for themselves. And Nationwide’s values have endured – last year, the pay-off reveals, it helped 73,543 Alfreds and Elizabeths buy a home for the first time.

Imagine being asked to share a bottle of Oasis with a stranger, the added contrivance being you’ve both got to drink from a double-necked "togetherness" bottle. Ridiculous? Awkward? Absolutely. Likely to change the world? Well, perhaps not. The aim of the spot, with its pastiche of cringe-making platitudes ("harmony… just a few billion sales away"), was to mock half-baked "brand purpose" advertising as glib, fake and ultimately lazy, reinforcing the Oasis commitment to advertising that’s as refreshing as the Oasis product.

Sainsbury’s wanted to empathise with the reality of feeding your baby – and it’s never quite as it’s portrayed in the glossy magazines. This perception gap is evoked by a silver-service baby banquet, a formal setting where the babies end up making a right royal mess. But that’s alright because the Sainsbury’s insight (a new take on conventional thinking) is that happy parents make happy babies… and the new Little Ones food range has been designed to make life easier for mum and dad.

Vimto has always positioned itself as a refreshing alternative to the bigger soft drinks brands, so the brief on its latest campaign was to celebrate the instinctive individuality of Vimto drinkers. The ad begins by telling us to not to watch – then rewards our rebelliousness by introducing us to a cast of wacky characters, showing off in downright silly ways. The idea is to persuade us to let go and release our inner Vimto Spirit. It’s OK to be you, whoever you are.