Stephen Hawking and other scientific luminaries who have warned against the dangers of artificial intelligence are out of touch, according to Kevin Ashton, the entrepreneur who came up with the term 'internet of things'.

In recent months, Microsoft founder Bill Gates, Stephen Hawking and Tesla founder Elon Musk have all warned that artificial intelligence could fatally outsmart humans. Hawking warned in December that machines with AI could "spell the end of the human race." 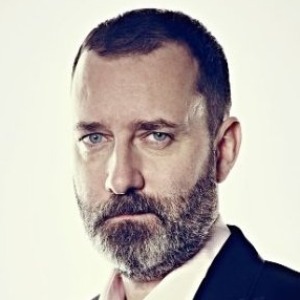 But Ashton (pictured right) believes such fears are grounded in sci-fi, which is "more fiction than science".

In an interview with Marketing, he said: "All these people I used to respect, like Hawking, are [saying that] AI is going to be really bad, and it’s like wow, you’re just old."

Ashton pointed out that artificial intelligence is still relatively basic, and that we are decades off the natural language speech seen in films such as Terminator or, more recently, Ex Machina. Instead, the most advanced AI looks more like the intelligent film recommendations on Netflix.

He said: "What you are seeing is state of the art in data science, and that shows you how hard it is to do something that we take for granted in the human brain – taking random information and probabilities, and navigating to a sensible conclusion."

Not everyone agrees, however, with a new report from the Global Challenges Foundation classifying artificial intelligence as one of the 12 greatest risks to civilisation, alongside nuclear war, global warming and global pandemics.

While the internet of things has become an increasingly popular concept among marketers anxious to explore the possibilities of data-driven marketing, there is still some haziness on what it actually means.

When Marketing asked Ashton how he would define the internet of things now, the full answer took 10 minutes and involved a potted history of computing.

In summary, he said: "The internet of things is about enabling computers to understand the world by themselves. That’s the answer."

He observed that, in terms of humanity’s broader history, the information revolution was in its earliest stages. For the most part, computers still process information that is put in by humans. But that limits what computers can do for us, since most information in the world is "too trivial, or it changes too quickly", according to Ashton.

For example, as a marketer at P&G, Ashton noticed that there was no clever way for the company to keep tabs of stock in-store. If a customer couldn’t buy, for example, a lipstick, then all marketing for that product was completely useless.  That led to the idea that everyday objects should be networked to process information that humans cannot usefully process themselves.

In Ashton’s vision of the internet of things, computers will not only be able to input and process this data automatically, they will also take action by themselves – otherwise known as artificial intelligence.

Exciting as the potential is, Ashton warned that companies must not hoover up all the new data that networked objects will eventually produce, not least because customers will rebel.

I say this to companies all the time, you don’t need to retain data - throw it the hell away!

Samsung was recently slammed for the privacy policy on its smart TVs. The policy states that not only do the TVs quietly record everything the viewer is saying, but Samsung has the option of passing it all on to advertisers.

That, according to Ashton, was a "classic example" of the error companies will make with the internet of things.

He said: "I bet you [Samsung] didn’t know why they were actually doing it. I bet you an engineer thought that data might be handy one day, but the perception is that it’s sinister.

For Ashton, smart marketers will use the internet of things not to advertise, but to make their existing products better. A sportswear company could, for example, insert a sensor into the sole of its shoes to keep track of the way customers train. Rather than use that information for targeted ads however, it should use that insight to make the shoe better.

"Doing that automatically, investing in some company that can sell you the algorithms to help you understand what the hell is going on, is just ridiculously valuable. The internet of things will happen to you whether you like it or not."

Tim Berners-Lee: AI will not be running a robot with a body, it will run corporations

How the Internet of Things is already the future of advertising

Data hurts: why brands must address the tyranny of the algorithm

Creative technology will drive the next era of marketing