His Royal Highness Prince Henry of Wales is getting married. Whether driven by a fascination with royalty, celebrity, or blokes who have been in the Army, there is no shortage of hoopla over Prince Harry getting hitched to American actress Meghan Markle. Campaign takes a closer look at how brands are getting on board another Royal wedding train and will update this story as new campaigns and products are launched. 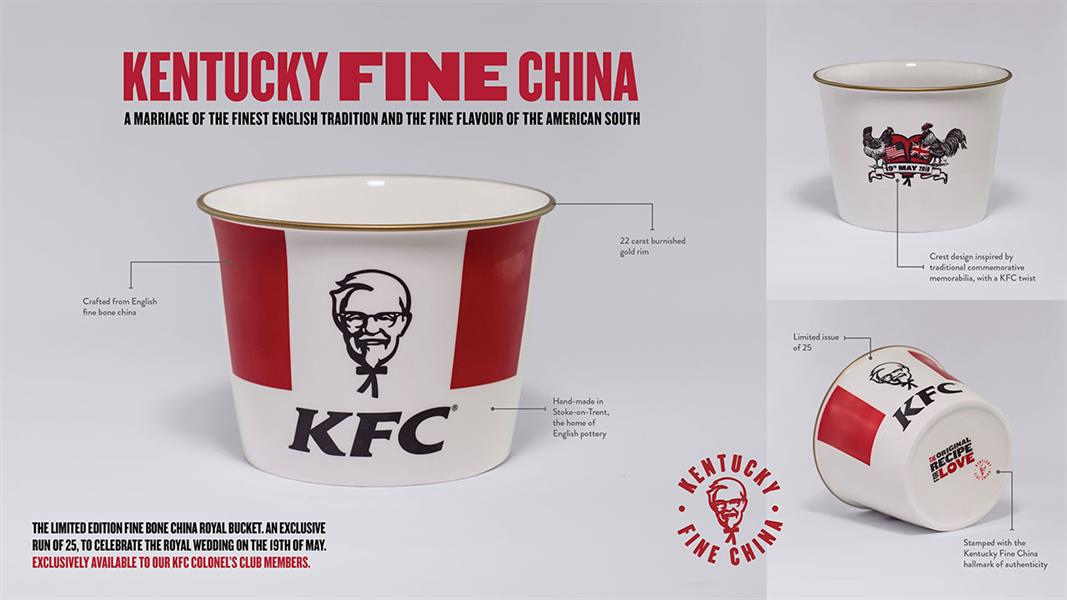 Prince Harry proposed to Meghan Markle in front of a roasted chicken. Enter KFC, which is not going to let a pesky detail like cooking method stop it from being associated with this most romantic of chicken-related moments. With the help of its ad agency, Iris, the fast-food merchant has launched "Kentucky Fine China", a bucket made from fine English bone china. Because, much like Harry and Meghan, the campaign is "a marriage of English tradition and an American favourite". Pass the bucket indeed....

M&S rebrands itself (and a roast chicken sandwich)

We are excited to announce a royal re-brand in honour of the wedding of HRH Prince Harry and Ms Meghan Markle. In celebration of Britain’s most anticipated wedding of the year for the next three days, we become Markle and Sparkle. ? pic.twitter.com/1HzfJ60BCN

Marks & Spencer, keen for the brand to cling to Britain's establishment like a tight-fitting pair of undies, has temporarily renamed itself "Markle & Sparkle" in honour of Meghan Markle and, erm, Harry "Sparkle" Wales? 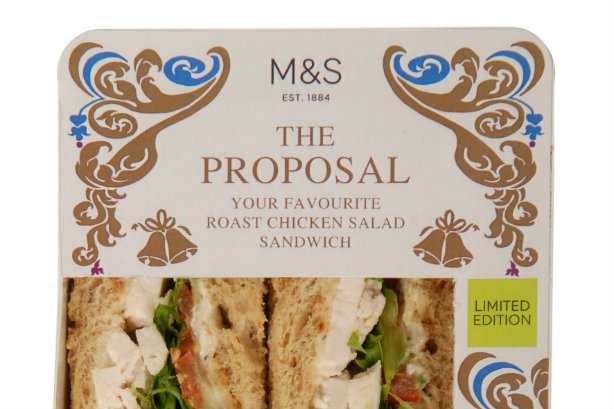 Harry's decision to propose during supper really changed the course of history, didn't it: M&S has also temporarily renamed its roast chicken salad sandwich 'The Proposal' in honour of the royal romance. A release from the retailer went on to say that following "some confusion as to whether public guests attending the Royal Wedding will be offered refreshments on the day" (it turns out they will be offered some snacks) – M&S has said that anyone presenting their invite in store on Friday or Saturday can receive a free meal deal. How would M&S staff know what real invites look like, though?

Wayfair imagines a gold toilet fit for a prince

The home-shopping company has found some rather questionable Haz'n'Meg lookalikes to portray what the happy couple might receive for wedding gifts. The brand is also promoting a "Regal Sale" during May, because nothing screams "regal" more than a Sunburst Porcupine Accent Mirror.

To promote the launch of its Crowns & Cheese pasta variant, Velveeta has created a My Fair Lady-esque how-to guide on how to behave like a princess. It's not clear, though, why a beefeater is tutoring this daydreaming debutante on how to sit and how much rosé to drink. Cutbacks at the palace?

Friction Free Shaving wants more people to say 'I do' 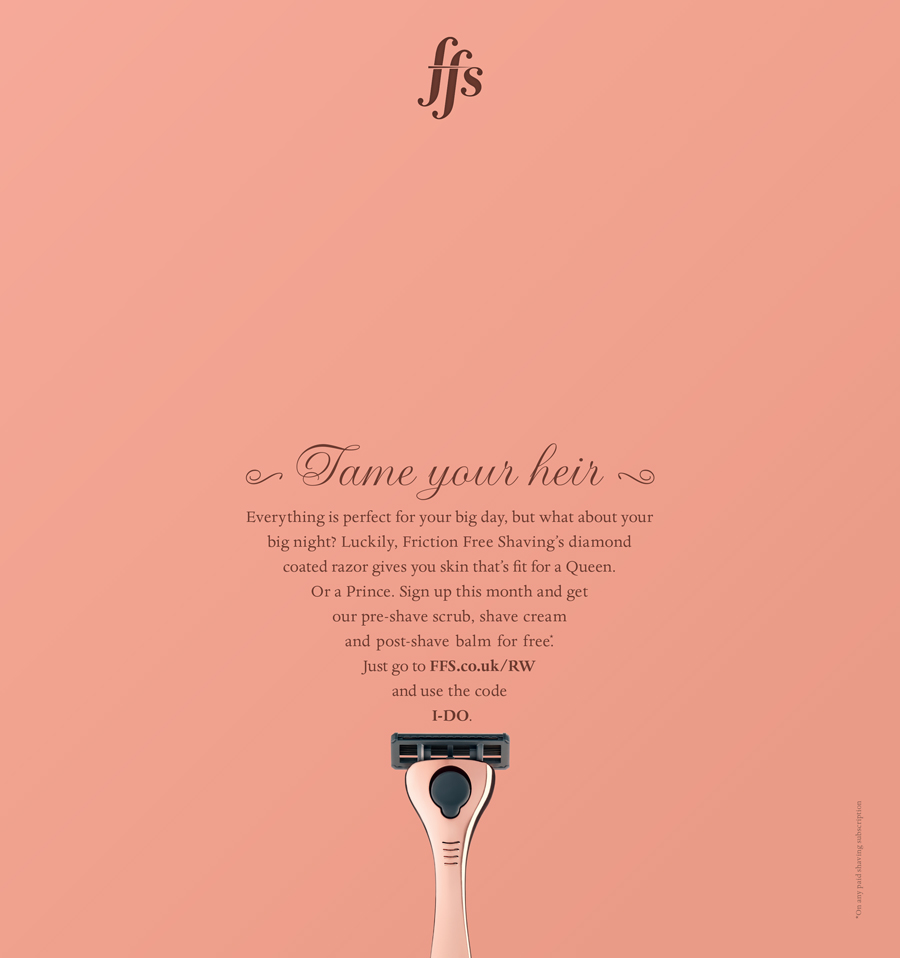 Friction Free Shaving, the women's shaving subscription company, is giving away pre-shave scrub, shave cream and post-shave balm in celebration of the Royal Wedding. The brand is running ads this week to promote the offer with pun-tastic copy including "Tame your heir". 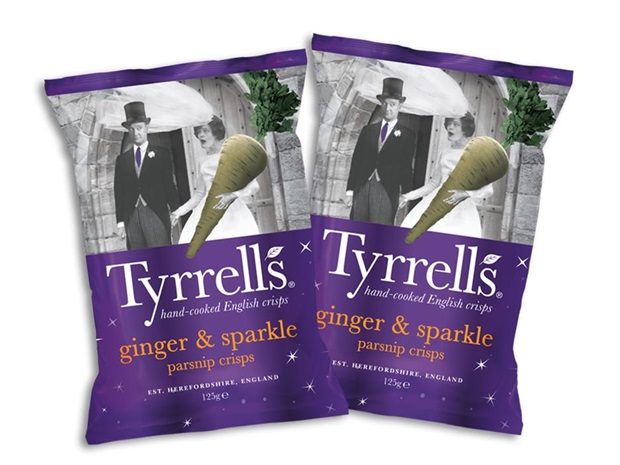 The posh crisps brand (the kind you buy when you throw a party) has launched a parsnip crisp variant that is flavoured with "a hint of ginger, sweet honey, and added edible glitter, giving a celebratory feel for the Royal Wedding". Campaign's ad hoc food reviewers offered mixed reports: one found them dangerously moreish, but the use of glitter only served to make the crisps look a bit odd and unappetising.

Legoland Windsor is just a stone's throw from where the big day is taking place on 19 May at Windsor Castle. To celebrate the nearby nuptials, the resort has created its own miniature Windsor Castle made out of 39,960 Lego bricks. Guaranteed to put a smile on someone's face, even if the little Lego Royal Couple don't appear to have faces themselves.

The fizz-it-yourself brand has been waging war on the bottled-drinks industry for the last couple of years in the name of environmentalism. Now Sodastream is auctioning off 50 limited-edition Royal Wedding bottles, each of which is topped with a hat inspired by real-life chapeaux won by the Royal Family. All proceeds from the auction are being donated to the Surfers Against Sewage charity. 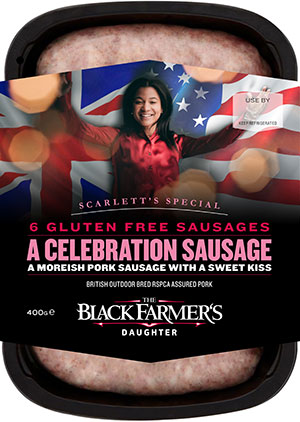 Organic sausage maker The Black Farmer is marking the big day by launching a special-edition sausage which celebrates the mixed heritage of his daughter and bride-to-be Meghan Markle. Wilfred Emmanuel-Jones' daughter Scarlett appears on the packaging for the Celebration Sausage, which is "moreish... with a sweet kiss".

Prince Harry and the Duke of Cambridge back #MentalHealthMinute

We need to talk about mental health: behind Lloyds Bank's campaign to break an advertising taboo

Britons are anxious, pessimistic and looking for a reason to pull together in 2018