The Rugby World Cup was a success for fans as well as sponsors, says M&C Saatchi chief executive Tom Bazeley.

When Australia and New Zealand took to the Twickenham stage for the final on Saturday, I was 30,000 feet above Turkmenistan watching That Mitchell & Webb Look while on a long flight to China. Not ideal.

I watched a delayed showing of the match on a random sports channel hidden deep in the recesses of a Shanghai hotel entertainment system (that has some very deep recesses as it turns out).

What an insanely good match it was. A fitting finale to the best world cup ever, with the best team ever retaining the trophy. A tournament that has set new standards on the pitch and new expectations off the pitch.

The toughness, rectitude and integrity of the game is an attractive sales tool for beer, cars, planes and, ahem, payment system

World Rugby boss Brett Gosper will be very pleased with how things have unfolded. He looked happy last week when announcing a 50% rise in the commercial value of the tournament from New Zealand in 2011. Good news for the game, especially if he’s true to his word and ensures this gets re-invested back into the grassroots of the game.

In the same statement, Gosper confirmed that the majority of this money has come from sponsors and advertisers keen to associate with "a sport like rugby, that is all about character". Character eh? I guess this is the intangible value that advertisers are buying into. The ‘something special’ that draws people into the sport. The toughness, rectitude and integrity of the game that’s an attractive sales tool for beer, cars, planes and, ahem, payment systems.

The very best marketing acknowledged this 'Character' and used it to good effect.

Land Rover pulled off the tricky task of being headline sponsor of a huge international tournament, while remaining true to its grassroots heritage. This creative sleight of hand was down to the marque's identification and celebration of rugby’s character in the We Deal In Real campaign.

Samsung’s School of Rugby demonstrated its understanding of the game’s sense of humour. Harder than you might imagine for a big global corporation like Samsung to achieve. Ask anyone that plays the sport and they’ll confirm that the outstanding characteristic of the game is the friendship and camaraderie you find at all levels of the sport. Rugby banter at its best. 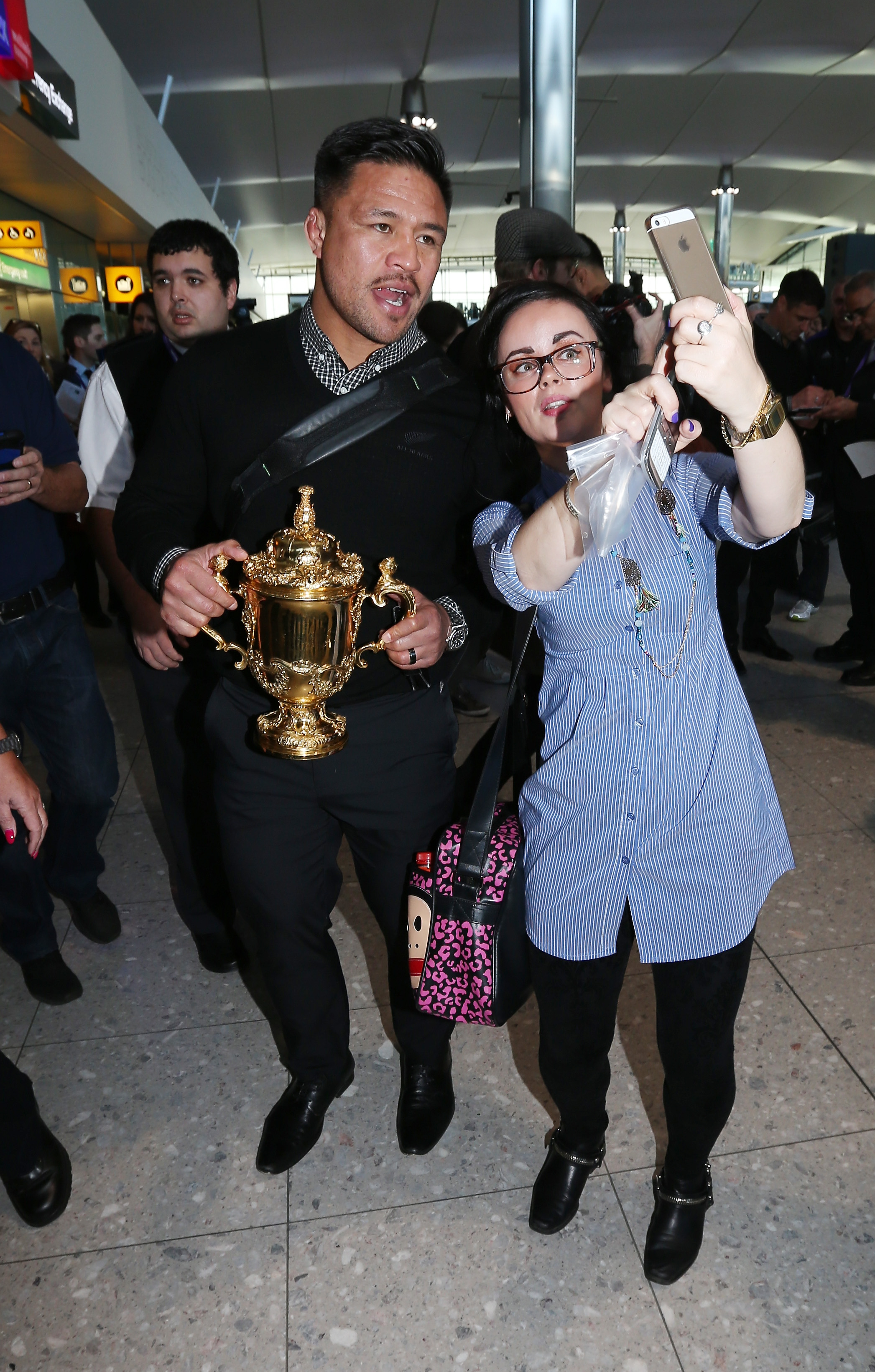 Adidas paid homage to the integrity of the sport and showed a good deal of character by decking the All Blacks out with all black boots. A typical fan won’t have over-analysed such an unbranded move by Adidas, but we should all be hoping that such principled behaviour filters through to the way we perceive the brand.

Guinness had its usual showing of exceptional print work, but it was telling the tale of Gareth Thomas that best signalled the stout's intuition of the game and its sometimes complex character. Courageous marketing for a courageous man.

Yet again, Heineken ably showed that it gets rugby. The Heineken Rugby Studio literally and figuratively demonstrates Heineken’s commitment to the game and provided an excellent platform for the more nuanced side of the game’s character. Backing its pouring rights with this level of support is the manner of an upstanding brand that knows the right thing to do.

The Wear The Rose campaign for O2 was just that, a campaign. A campaign to get as many people behind the England team as possible. Supporting teams in sport is hazardous, because they can lose. In fact most teams lose more than they win. But this is the jeopardy that makes sport the thing it is.

The criticism of O2 for backing the England team so overtly, completely misses the point. We should be praising a sponsor for putting their necks on the line and putting themselves out there. It’s what normal supporters do every time their team run out, and it’s a characteristic they’ll relate to.

A tournament that has reinforced the values of the game. The odds-defying Japanese, the partisan supporters sitting cheek by jowl, the terrifying prowess of the Kiwis, the northern hemisphere teams gracious in defeat and the sportsmanship of Sonny Bill Williams after the final whistle blew.

Character indeed. And all of this unfolding during a couple of months when FIFA is fast losing theirs. How will this change the strategies of the big sponsors over the next few years…a shift away from the round to the oval-shaped ball maybe?

What are Rugby World Cup sponsors really doing for the humble fan?

Why are the Rugby World Cup sponsors avoiding Twitter during the games?