We ask one Thinkbox Academy member to cast her eyes over the best TV creative from the past two months. Stand out spots from Guinness, Ikea, ITV & Veg Power, The Times and Sunday Times and Truth Project make up the the latest Thinkboxes award shortlist, selected by the marketing body for UK commercial TV. 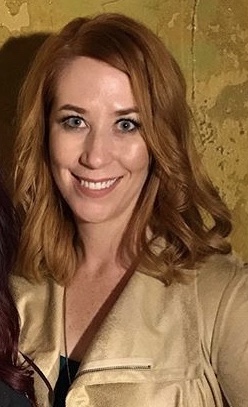 Growing up in middle America, my exposure to the art of advertising was limited, so when I finally got my eyes on the work coming out of Britain, I was jealous. It felt artier, more considered, more crafted. And despite the seismic changes in the industry in the ensuing years, that craft is still alive and well in the UK.

Ikea continues its stellar use of music in "Tonight is to Sleep", while the sound design of ITV & Veg Power’s "Eat Them to Defeat Them" manages to make our five-a-day into an action-packed romp.

The spot-on casting in Guinness’ "The Purse" gives us performances that make the story both joyous and poignant. "Speech Bubbles" from Truth Project proves that beautifully considered shot composition can pack an emotional punch, too.

And because no observation of the UK is truly complete without a Brexit mention, the animation and post-production on The Times and Sunday Times' "Politics Tamed" is faultless.

I’m still jealous of the work coming out of this country after all these years. Long may my envy continue.

In a spot marking the launch of its sponsorship of Six Nations Rugby, Guinness brings us the true story of the Rees brothers. Their mother’s dying wish was that they should spend their inheritance following the Welsh national team – which they’re happy to do – and we follow them around the rugby capitals of Europe in an affectionate tribute to everything that makes international rugby such a special phenomenon, from the bone-shuddering on-pitch clashes to the warm human camaraderie of post-match libations.

To make us fall in love again with the magic of sleep, Ikea has taken "the great night out" and turned this notion on its head. The evening’s here, everyone’s heading out to a club – but a club with a difference. Where the dance floor should be there are hundreds of beds and everyone’s here to share the communal ritual of getting ready for a perfect night’s sleep, before climbing in between their sheets in a completely new take on the concept of the all-nighter.

Only 16% of kids eat enough vegetables and changing that has always been an uphill struggle. So the new Veg Power strategy is to turn it into a game. This ad borrows from a host of horror and sci-fi tropes to show vegetables as an evil life-form plotting to take control of the world. Our only hope is that the children of the world can come together and, by eating all their peas and carrots and broccoli, save us all.

4. The Times and The Sunday Times "Politics. Tamed"

If the House of Commons is an unruly menagerie of noisy beasts, then surely only two animals can bring calm understanding to our Brexit era chaos – the lion and the unicorn from the masthead of The Times. Denizens of the House, including vultures, hyenas and snakes as well as docile sheep and ridiculous parrots, are making a right old racket. It’s only when The Times’s heraldic duo enter the chamber, and the lion roars, that order is restored.

The Truth Project, part of the Independent Inquiry into Child Sexual Abuse, recognises that it’s difficult to discuss this subject openly – a silence that’s captured by showing people navigating everyday situations with empty speech bubbles floating in the air above their heads. In pointing out that, unless we talk about child abuse, we will never be able to stop it, the campaign aims to encourage victims and survivors to speak out, effectively filling these bubbles with words.