The project is the latest in the brand's 'Inspired by a true photo' campaign.

Samsung has collaborated with soul and R&B singer Samm Henshaw to launch an exclusive track inspired by smartphone photography.

This is the second instalment of Samsung’s “Inspired by a true photo” campaign, created by Mother London, which launched in October along with the Galaxy S20 FE phone. The concept of the campaign is to draw inspiration from real-life consumer photos and turn them into unexpected creations.

The brand commissioned Henshaw to take part in the challenge by composing and recording a new song based on a photo that was taken by a Samsung Galaxy user and posted on Instagram with the hashtag #withGalaxy. The selected image shows a grinning Indie-Pomeranian crossbreed dog.

The photographer behind the image is Ayush Luther (Instagram username @black_hawk_x7), who captured his pet dog Bunny one evening at home as the sun was setting.

Henshaw turned this story into a track called All Good which is available to stream on Spotify as of today (3 December). The song, which teases the singer’s 2021 debut album, has upbeat melodies and feel-good lyrics that are typical of his style. 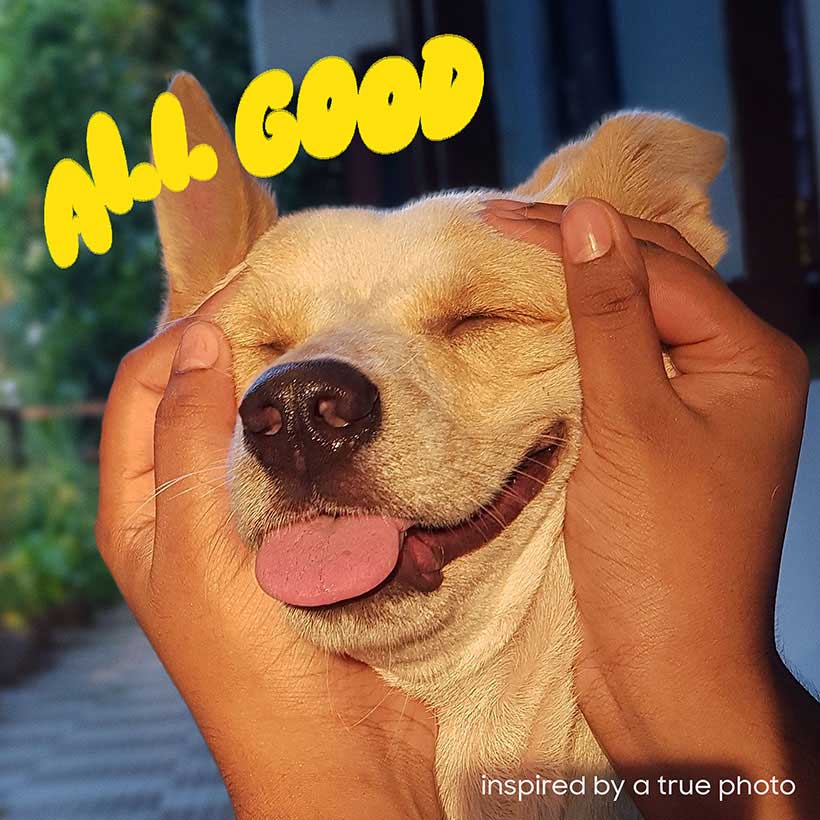 A music video for the song will premiere on 9 December. The futuristic short film shows Henshaw exploring an alternate reality free of restrictions and is inspired by the shades of Samsung’s Galaxy S20 FE.

The first “Inspired by a true photo” project was a short film called “Onions”, which told the story of two star-crossed lovers working at rival onion cafes. It was directed by Sam Hibbard through Somesuch.

Alex Conaway, head of brand for mobile, tablets and wearables at Samsung Electronics UK, said: “Our smartphones have evolved the way we use photography in more ways than we could have imagined.

"We don’t just take a good picture, but we use it to communicate with our friends and family, with the photos becoming the tool of conversation.

"This platform has shown us that a single shot can inspire incredible creativity – a music track, a comedy sketch, even a homewares collection – all stemming from one image.”

Pick of the Week: Samsung finds love in the most unusual of places