Social video content created by Samsung attracted more shares this year than any other advertiser, according to new data released today by Unruly.

The technology giant’s video campaigns attracted 7.3m shares, 2.3m more than insurance company GEICO in second spot and a 201.2% increase on the previous year due to the global successes of work such as "S4: Sound & Shot". As a result, Samsung has been named as the top brand in this year’s inaugural Unruly Video Sharing Awards which honour the year’s most shared social video stars.

Dove and Pepsi were also among the most-widely shared brands across social video for 2013. Dove was the most-shared individual video of the year with its ‘Real Beauty Sketches’ work while the Pepsi brand came top among food and beverage brands.

Last year’s number one brand, Google, does not make the top 10 in 2013, dropping down to 12th place, with a 48.5% decrease in sharing from the previous year. Other brands to drop out of the top 10 are Nike, TNT Benelux, DC Shoes, P&G, Abercrombie & Fitch and Volkswagen.

Unruly co-founder and chief operating officer Sarah Wood said: "A sharing event is the gold standard in the social economy because it demonstrates deep viewer engagement and active viewer endorsement.

"Online video is the most powerful and accessible medium of our time for anyone wanting to engage an audience and spread a message, whether that’s brand advertisers or social campaigners," she added. 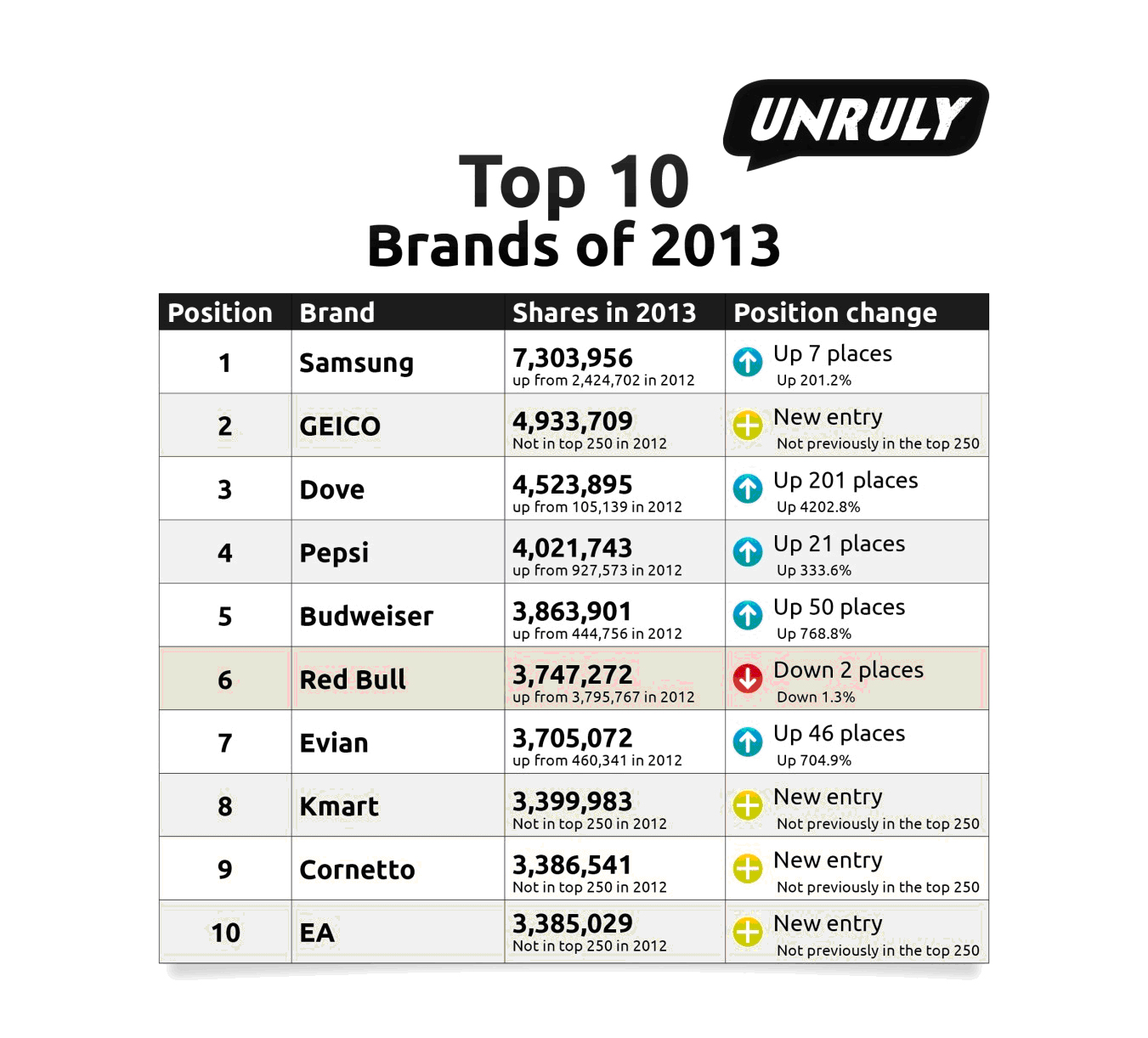 The seven most significant social video trends of 2013

Dove, Geiko and Evian are most-shared ads of 2013