In an extract from a collection of essays on creativity, the Grand Prix-winning Blink director reveals how his work is shaped by an intense and methodical study of the brief, which then enables his ideas to take shape on paper

When people talk about creativity, there is often the suggestion that it’s an art, not a science; and when people talk about the creative industries, it’s always about the arts – music, film and theatre. But in my own work in the creative sector – as a director of commercials and music videos – I take a bit more of a rational, perhaps almost scientific, approach to the task at hand.

I think of the process as less about "creativity" and more about "problem-solving". When interpreting the bare bones of a script for an ad, I first strip the project back to its most basic core idea, then thoroughly work through how I get from one point to the next. It could be a new Christmas commercial for John Lewis, or wrestling with the difficulties of trying to create a video for Coldplay when the band themselves are on tour in another country. But the process is the same: an attempt to look at the problem from all angles before you hope for that spark of inspiration that makes everything fall into place.

Having studied physics at university (albeit not entirely successfully), I find scientists to be just as stimulating as artists. Science is full of inspirational flashes – for example, Albert Einstein’s lateral insight to describe gravity as an effect of the curving of space-time by matter, rather that the centuries-accepted Newtonian view that it’s a force that attracts two bodies together. 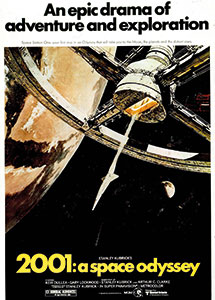 I was quite romantic about science when I went off to study – maybe because of my love for 2001: A Space Odyssey and other science-fiction films such as Silent Running, even Star Wars – and I also loved drawing, watching films and playing in bands, so I started drawing posters for university plays and events. I also heard about the slightly more down-to-earth role of a copywriter in an ad agency – the person who comes up with the ideas for commercials, posters or radio ads. I realised it was basically a professional version of all the things I enjoyed in my extracurricular activities.

Being terrified of London, I was lucky enough to get a copywriting job at Leith in Edinburgh and was able to go out to see ads being filmed, where I became aware of another role that had not really crossed my radar: the commercials director. Of course, everyone knows about feature-film directors, but there’s another array of directors who specialise in commercials and music videos. Big names such as Sir Alan Parker and Sir Ridley Scott began that way and, more recently, directors such as Jonathan Glazer, Spike Jonze and Michel Gondry. It seemed to be a job that encompassed all the things I was originally interested in: ideas, photography, music, filming things – and jokes.

The two strands to my work operate slightly differently. With music videos, I will usually write the idea. Often, all you get given is the track and maybe just a very short brief. Just a paragraph, often a bit vague, like: "The band would like something dark." But with an ad, you get given the idea in the form of a basic script from the ad agency. Often, I’m simply trying to execute that idea without messing it up and, hopefully, using my experience to make a lot of practical decisions to interpret it in the best way possible. There isn’t always room to improvise but there are always a lot of pragmatic decisions to make and details to think through. 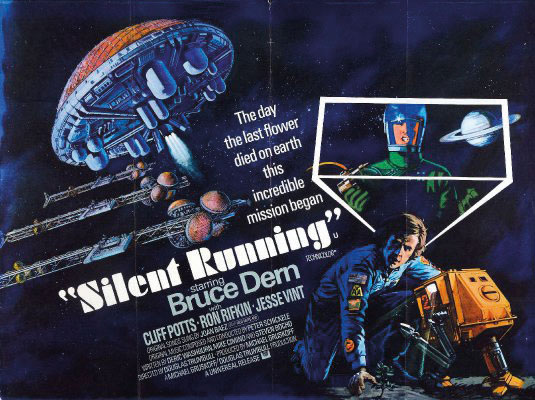 I find there are some great ways to increase your productivity. The right environment helps, as does the luxury of time. Fear of failure can be a good motivator as well as an added pressure. For me, I don’t really like to approach anything until I have looked at it rigorously – often to the point where I’m actually sick of thinking about it. I find this assembles some kind of foundation in my brain, as if the problem becomes thoroughly embedded in the subconscious. And because you have thought about it so much – maybe it’s something neurological – an idea often creeps up on you when you least expect it. Like when you’re taking a break from work and doing something entirely different, such as going for a jog or washing the dishes.

Your brain will make the connection if you have done the painful bit. People talk about putting in 10,000 hours – for instance, in learning to play an instrument – and it helps the brain to make shortcuts. It is probably a similar, truncated process where the problem is embedded in your mind, allowing inspiration to strike. 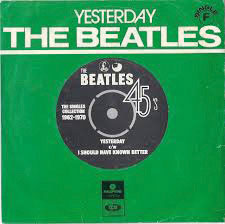 Sir Paul McCartney has claimed Yesterday came to him fully formed in a dream. But without the groundwork of hours of performing at the Star-Club in Hamburg earlier in his career, or the time huddled with John Lennon perfecting chord sequences, maybe it would never have happened.

You have to condition yourself to be predisposed to make connections. To do that, I usually lock myself away in my office or my study. All my thoughts go into a notebook – usually a separate one for every ad or video. The ideas process is a solitary activity for me; but the notebook is my equivalent of someone to bounce ideas off. I find it easier to come up with ideas when I’ve got a pen in my hand – I like drawing and writing. If you can draw your idea then, hopefully, you can film it.

One of the early ads that really helped me get established was for Orange and involved a couple dancing through a house. We had to devise a dance routine so, in the notebook, I plotted the journey though different rooms – the kitchen, hall, bathroom, stairs – and wrote lots of ideas about what could happen in each one. Then I tried to work this into a narrative. Start here, go there, go there, pass through a doorway then come back into here. This process is different for every job, but I have to work through the most basic ideas first. 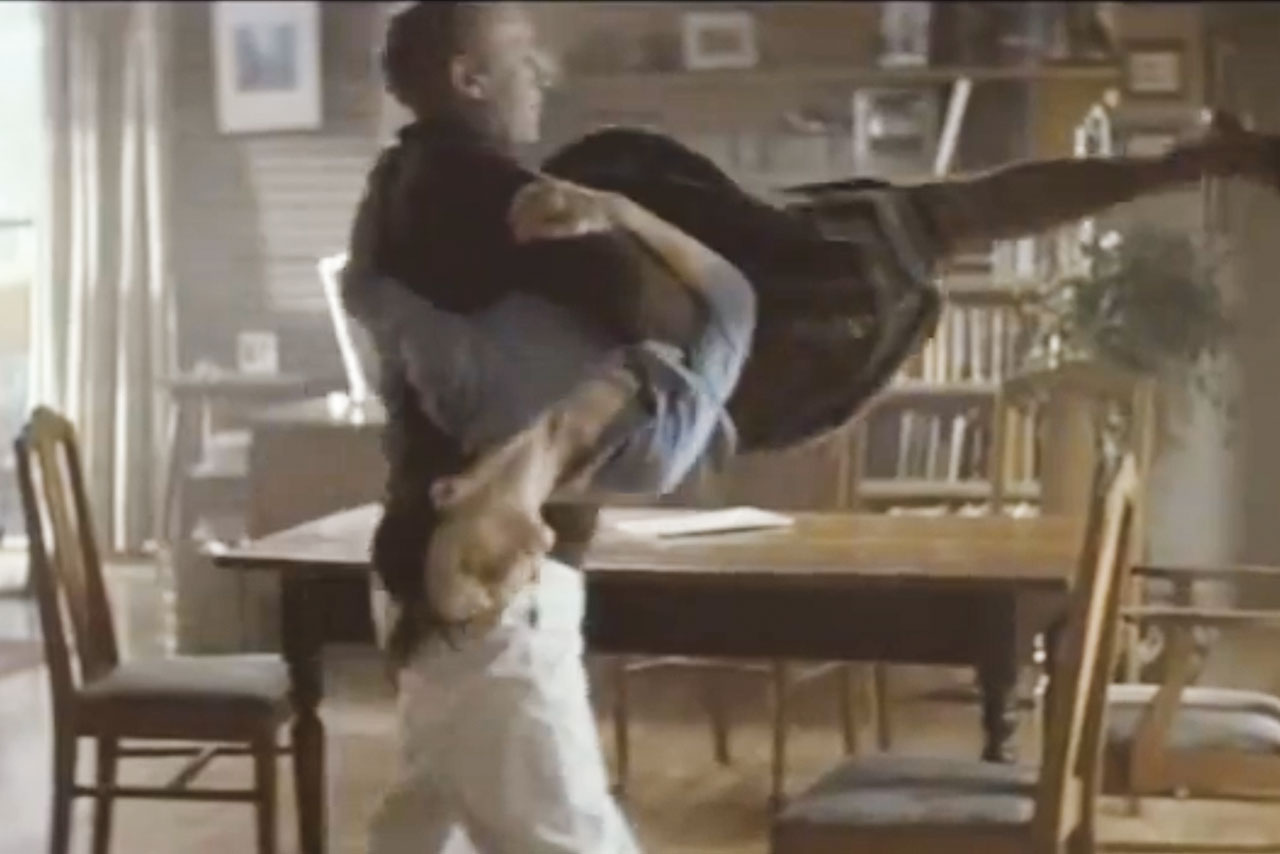 It was a similar process for one of my John Lewis ads. In it, all the contents of a house move out by themselves, so the first thing I did was a brainstorming session with myself to work out how that could happen – a baby could get pulled along on a snake-like rug, the clothes could walk, the spacehopper could bounce, the books could shuffle. I look at the overall idea before getting into specifics. Everything should hang off that core idea.

I’ve always enjoyed contrasting glamorous pop stars with slightly less glamorous British situations – for example, Jarvis Cocker as a cab driver, Dizzee Rascal as an Andy Pandy-style children’s TV show and Coldplay as Punch and Judy characters, which was the puppet show equivalent of a stadium rock gig but set in a humble church hall. The miniature show, with mini speaker stacks, lighting rigs and wooden roadies, also acted as a reference to what the band were doing in real life instead of featuring in their own video.

When I find myself struggling, I take the problem to a new environment – going for a run often works. With music videos, I have a technique where I put the song I’m working on at number seven on my running playlist. The logic is that, by the time I get to that point, the endorphins have kicked in and my brain is at its most positive. With the combination of the song and the movement of the running, I might come up with something fresh or a new take on a half-formed idea. Ironically, one idea that came out of that process was a video for The Temper Trap, which itself involved people running.

The ad industry has seen great changes since I began. The budgets are often smaller and there are fewer long-form films or ones greeted by hushed anticipation such as the Levi’s and Guinness campaigns. It’s partly to do with adspend being spread across the internet. But good, well-executed ideas can still make an impact.

My advice for anyone who wants to go into this line of work would be to just start making things yourself, as I did. Think of some ideas and film them. If you’ve only got the budget to do something in your kitchen, work around that. I built up a showreel with low production values – making videos for my friends’ bands in Edinburgh, then doing little ads for the T in the Park festival. Before long, I had a VHS tape with about ten things I had done. It was enough for me to be invited in for a chat with Blink, which was prepared to take a chance representing me.

Looking back to when I was a youth, I didn’t know a job like mine existed – school careers advice wasn’t exactly full of that kind of thing. And, in terms of a career, I just wanted to do something I enjoyed, something as close to a hobby as possible. It’s much harder to do well in a job you don’t enjoy.

It may appear like a left-field choice to have made that move from science to the profession I pursued. But, in many ways, it has been a perfect union of my love of science and the arts. I’m very glad my academic background has given me a logical approach to creativity as a problem-solving exercise. And while I often regret not following physics further, hopefully I’m a bit better at my current vocation than I would have been as a scientist.

This is an extract from Tomorrow’s People: Making Cultures For Creativity, a new book from UKTV promoting British creativity. It is available as a free download from iTunes, Google Play and UKTV

Motivation is overrated when it comes to agency briefs