Television broadcasters are working hard to offer advertiser solutions that go beyond the mainstay 30-second spot. Mike Fletcher investigates what ad formats will be hot in 2012.

It's going to be an exciting year for television. The completion of analogue switch-off will send the UK 100% digital by 24 October, the much-maligned, yet still eagerly anticipated, YouView will eventually transform the way we watch terrestrial TV, greater integration will see an increase in second-screen viewing, and more social media tools will depend on TV audiences for their success.

In short, programme content is becoming more interactive and more accessible than it has ever been and advertising is following suit.

Amid the gloomy economic forecasts of the past few years, TV advertising has maintained its place at the top of the table for return on investment, increasing by 22% since 2006 and returning £1.70 for every £1 invested. This is because TV's effectiveness has largely remained undiminished while the cost of advertising on TV has fallen.

The five-year study by Ebiquity, which produced these findings, analysed 3,000 ad campaigns across TV, radio, press, online static display and outdoor. It measured and compared on a like-for-like basis, sales and profit impact, and found that TV advertising is two-and-half times more effective at creating sales uplift per equivalent exposure than the next-best performing medium, which was press.

Lindsey Clay, managing director of television marketing body Thinkbox, which commissioned the study, says: "We watched some 2.7 billion ads a day in 2011, which is a record number. Now there's clear evidence that they have become more effective over time. However, there are many new ways that advertisers can create inventive and original campaigns alongside the well-established spot.

Following the arrival of former OMD UK managing director Jonathan Allan to Channel 4 as sales director last July, the broadcaster integrated its digital and TV sales teams to offer a more holistic approach to advertisers. The result has seen a plethora of ad formats made available for both 4OD and the broadcaster's Channel 4, Film 4, More 4, E4 and UK TV channels. 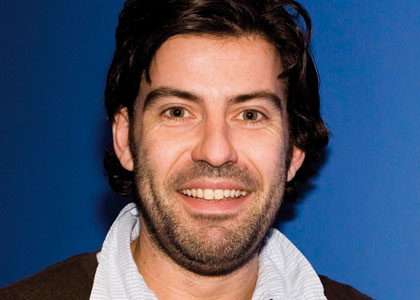 Allan says: "We're constantly innovating and trying to drive the agenda, and we'll be talking to creative agencies a lot this year about how to stop just making linear TV advertising and start focusing on a more connected viewer relationship."

For VoD (Video on Demand) campaigns, advertisers are now able to buy by demographic, as well as genre. Actual viewer data, gathered by Channel 4 through registration profile information, can now be supplemented by third-party data, supplied by Quantcast, to deliver more accurate audience breakdowns.

"We have more than 1.5 million registered users of 4OD and we know exactly who they are and where they're viewing from. In partnership with advertisers, we can therefore personalise the viewing experience, which in turn will push recommendations and advertising sales uplifts," Allan continues

Ad Pop enables the product being advertised in a pre-roll to "pop out" of the constraints of the player area, meaning the viewer can explore the product's features through interactive images and overlays. Ad Bloom allows the ad to evolve from an in-player ad pre-roll and grow out into a microsite within the player.

Ad Social drives social media awareness of the ad by offering viewers the option to Like, Check-in with, Recommend or Follow a brand, direct from the player. Ad Interact delivers pre-roll advertising with an interactive element such as competitions or coupon registration, without leaving the player page.

Allan explains: "We launched these latest online formats in September 2011. They'll grow and compliment existing mechanics for both VoD and TV. These include live overlay ads, currently used by companies such as Bet365.com to broadcast gambling odds, geo-targeted ads, or themed packages such as The Premiere Break, which allows advertisers to take over a commercial break and showcase new creative in an appointment-to-view event across the Channel 4 portfolio.

"We're also investing heavily in dual-screen and gamification models such as the 'The Million Pound Drop Live' play-along at home and 'The Bank Job', where contestants were selected to be on TV based on their online performance. Plus, we're putting a lot of money behind social media and we were the first broadcaster to work with Zeebox on 'Desperate Scousewives'."

Zeebox, which mixes social content and ecommerce with an interactive TV guide as part of an iPad, iPhone and web app, sold a 10% equity stake to British Sky Broadcasting in December.

The deal will result in Zeebox's functionality being incorporated into BSkyB's mobile apps, but it also allows Zeebox the freedom to continue to work with other partners such as Channel 4.

Simon Daglish, ITV group commercial sales director, is quick to point out that second-screen platforms are cropping up everywhere now. He admits however, that the survivors will ultimately be supported by all broadcasters and that ITV is monitoring the landscape closely.

He says: "TV is always open to collaboration with other media owners. The interesting area for us at the moment though is how to exploit what we already have.

"We've seen over one million downloads of the ITV Player app and an increase in watching long-form programming on mobile devices. 'TOWIE' is a trailblazer for social media and programming integration with on-screen calls to action and one tweet posted every second it airs."

Leila Gould, head of TV for Total Media, knows that television ads are no longer enough on their own. She says: "Social media integration is giving television advertising a boost and it's creating enhanced shared-viewing experiences. TV is more affordable now and together, we're getting cleverer at integrating ad-funded programming with social channels on behalf of clients."

In April last year, Total Media teamed up with Feel to help amplify a campaign for Linda McCartney Foods. The campaign, to find Britain’s tastiest meat-free dish, only had a small budget, so Gould went to ITV and negotiated two-minute exclusive ad break slots during 'This Morning'.

She says: "It was the first time Linda McCartney products had been back on the TV in 15 years. It reached an additional five million 'This Morning' viewers following an extensive online competition. ITV even changed the show's break pattern just to accommodate us."

ITV is currently on the verge of launching one additional ad format and has two others in development. The format expected first is Ad Play, which allows advertisers to pose questions to viewers relating to the advertised product.

ITV's Daglish says: "Viewer response provides valuable data on product awareness and ad effectiveness in a simple mechanic – if the viewer gets the question right, they are returned straight to the programme content, rewarding their informed engagement.

"The same mechanic could be used to provide access to exclusive content, a reward discount or another type of bonus from the advertiser."

The two other formats in development at ITV are a Save for Later mechanic and a Deep Dive format.

The Save for Later mechanic addresses the fact that when watching VoD content, viewers are reluctant to click away from the show to an advertiser website or further product information.

"It allows the viewer to register their interest so that the relevant ad, associated information or even a voucher can be stored for them to view later," continues Daglish. "Deep Dive ads will allow viewers to watch, say a supermarket recipe ad, and place the ingredients directly into an online basket."

Channel 5 provides advertisers with a package of assets owned by Northern & Shell, including newspaper and magazine spots. This year, the broadcaster will also unlock more of its editorial space for advertiser involvement in programmes such as 'Big Brother' and produce more themed break flashes and idents, such as those created to launch the Nokia Lumia over an entire week in December.

Yet, in spite of all the ad solutions, either in development or newly available to clients, ITV's Daglish, along with Channel 5 commercial sales director Nick Bampton and many others working in television, still laud the 30-second spot as integral to the future of commercial broadcasting.

He says: "The YouTube skippable ad format has its place, but as broadcasters, we don't want people to skip the ads. In partnership with creative agencies and clients, we need to focus on well-produced content such as the pre-Christmas John Lewis campaign."

Bampton agrees: "Iconic adverts are what TV does best and we should never loose sight of that. Creative ad solutions are game-changers, but the creativity of content has to be nurtured. The agenda is far too often set by what's new, when much of it will fall away with time. The 30-second spot is more powerful than any other medium and when it's done right, audiences are drawn to the messaging through the creativity."

On the subject of television, this year's Thinkbox Television Planning Awards, which are sponsored by Media Week and Campaign, will be open to enter from tomorrow (26 January).