Lily Allen's cover of 'Somewhere Only We Know' from the John Lewis Christmas spot is the most "tagged" song from an ad this year on the music app Shazam.

The song, which features in the "bear and hare" ad by Adam&EveDDB, topped a chart released to Campaign by Shazam, the app which allows people to identify a music track using acoustic fingerprinting technology.

Tesco takes three spots in the top ten. Two ads for its F&F clothing range, both created by Warl, featured songs from Ben Pearce and Aluna George and made the list. The supermarket’s Christmas ad, "a family christmas" by Wieden & Kennedy also placed at number nine, through people tagging its soundtrack of Rod Stewart’s cover of Bob Dylan’s 'Forever Young'. 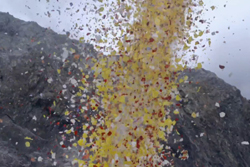 Song: Lucy Rose - Moving On Up 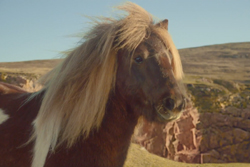 Song: Masters in France - Playin' With My Friends

James Murphy, chief executive of Adam&EveDDB which created the John Lewis ad, said: "Music is probably the most subjective creative element in advertising. The words are important and the images are crucial, but music is on a higher scale than all of those. If you analyse the comments under ads on YouTube, a huge amount of the conversation is around what the song in an ad is."

He added that digital tools such as Shazam were encouraging music stars to work with advertisers.

Murphy said: "Artists are enthusiastic about demo-ing tracks on high-profile campaigns, because their management companies understand there is a large market in people seeing things on television and then ‘Shazamming’ them or looking them up online."

More than 400 television ad campaigns were Shazam-enabled this year, meaning that users can tag an ad to access content such as competitions and videos on their phones. The figures include ads that were not Shazam-enabled.

Shazam’s acoustic fingerprint technology can recognise when a song is scanned from an ad on TV or online, rather then when it is played on the radio.

Songs from ads were still far behind the most-tagged song in the UK overall, which was Avicii’s 'Wake Me Up' with 813,380 tags.