The winner of this year’s Best Outdoor Event Award, Make the Future Live 2017, was a four-day festival of energy ideas and innovation delivered by Imagination for energy giant Shell at the Queen Elizabeth Olympic Park in London.

The event, which returned in May 2017 for its second year, aimed to create a platform for open, honest dialogue about the global energy challenge and support Shell in demonstrating its role as a forward-thinking energy company.

School children, business leaders and the general public were invited to see bright energy ideas in action, back their favourite concepts and contribute to the debate.

The focal point for Make the Future Live was the Shell Eco-Marathon: a competition for students to design and build vehicles that could drive the farthest using the least amount of energy. The energy-efficiency driving challenge at the heart of the festival created a spectacle for visitors and a discussion point upon which stage content and supporting activations were built.

On a greenfield site in Queen Elizabeth Olympic Park (pictured below), Imagination built 14,500m2 of temporary structures to house exhibitions, 180 Shell Eco-Marathon paddocks, VIP hospitality and a media centre. External pavilions, catering points and a festival stage were erected and 4,500m2 of temporary, highway-grade road surface was laid for the track competition. 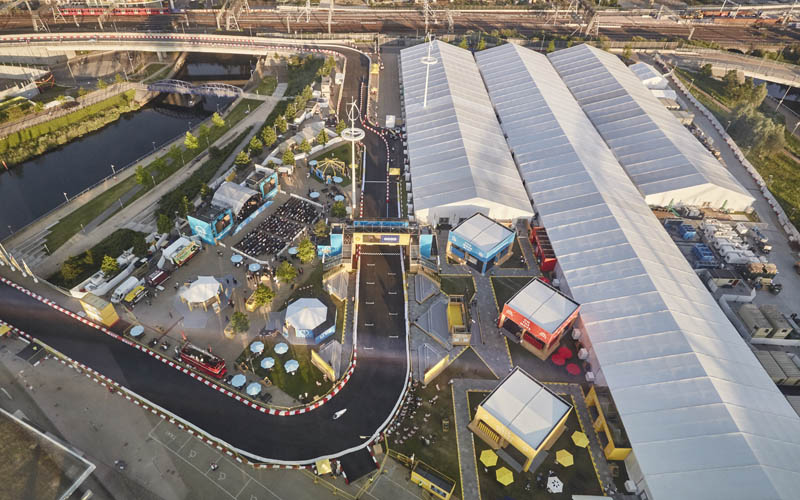 The festival was divided into three zones, each telling a different part of the energy story. Our Energy Future contextualised the energy challenge we all face. Visitors explored the world's energy sources and discovered ideas that could power a cleaner future.

On the Move explored the future of mobility and included a journey through the Shell Eco-Marathon paddocks to see the competing engineers working on their vehicles.

To encourage participation and longer-term engagement, visitors were issued with a Maker Pass to enable them to vote for their favourite ideas and collect digital souvenirs. Personalised photos and GIFs were shareable online after the event. The visitors could access more information about the event’s content online and a chatbot offered visitors live event information via Facebook Messenger.

New this year was Make the Future Live – Lates, a special after-hours event for over-18s with more challenging content designed to appeal to millennial visitors. Guests could watch a debate featuring comedian and actor Richard Ayoade, Gadget Show presenter Jason Bradbury and a panel of experts. The debate was recorded for a podcast by Intelligence Squared.

The combination of physical and digital experiences, mixed with live entertainment, headline acts and trackside action, created a truly immersive festival experience that attracted 25,000 visitors over four days. Content from the festival reached more than 137 million people on social media and prompted more than 2.5 million engagements.

A whopping 95% of visitors left the event with a better understanding of Shell's role in meeting the energy challenge, according to research agency Ipsos MORI. And 76% of visitors had a positive experience of the event, with 75% of all visitors feeling more favourable to Shell after their visit.

"Make the Future Live 2017 was a fitting example of how live experiences can be used to engage a diverse audience with a complex topic like the global energy challenge," Jeremy Lankshear, senior project manager at Imagination says. "More importantly, the attendance and social reach of Make the Future Live showed there is real public appetite for understanding how we can all help tackle the energy challenge, so we are delighted to be working on plans for 2018." 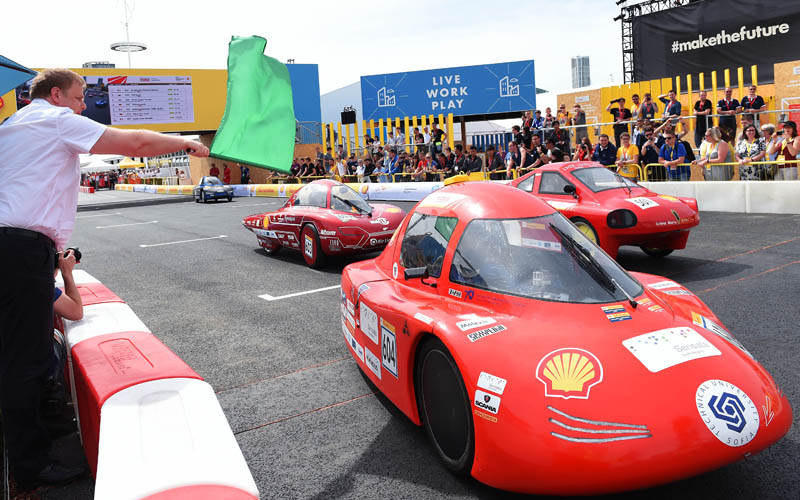