'Fight for home' ad is shot by Rocks director Sarah Gavron, with a track by rapper Wretch 32.

Shelter has kicked off a campaign revealing the unfiltered truth of Britain’s housing emergency.

Created by Who Wot Why, the campaign coincides with new research from Shelter, which shows that one in three people in Britain – 17.5 million or 34% – is affected by the housing crisis. The charity defines the housing emergency as people who are denied a safe, stable home, whether because of unsafe or unaffordable housing, rent insecurity or the threat of unfair eviction.

“Fight for home” launches with a film telling the stories of a diverse range of people who are affected by the crisis. It shows black-and-white images of the people projected onto housing, and is set to a track by the rapper, singer and songwriter Wretch 32.

The ad was directed by Independent Films’ Sarah Gavron, who also directed the 2020 film Rocks, and Anu Henriques, who was an associate director on Rocks and co-founded the publication Skin Deep. 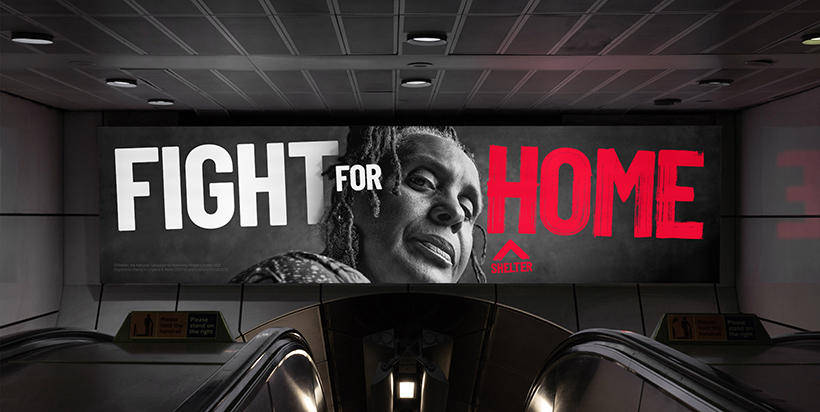 The campaign launches today (26 May) and will run in England and Scotland for a month, with a second phase of activity planned for October. It includes a content partnership with Vice Media. Yonder Media handled media planning and buying.

Shelter also has a new brand identity, developed by the branding agency Superunion, which is inspired by the spirit of activism in which it was founded in the 1960s and uses a red visual language of protest.

The charity’s survey also found that at least 320,000 people are homeless in Britain – a 4% year-on-year increase, despite the government’s pledges to tackle the housing crisis.

Newham in east London was ranked England’s number-one homelessness hotspot – with at least one in every 24 people in housing insecurity – while in the capital as a whole, one in 52 people, equating to 170,000, is homeless. 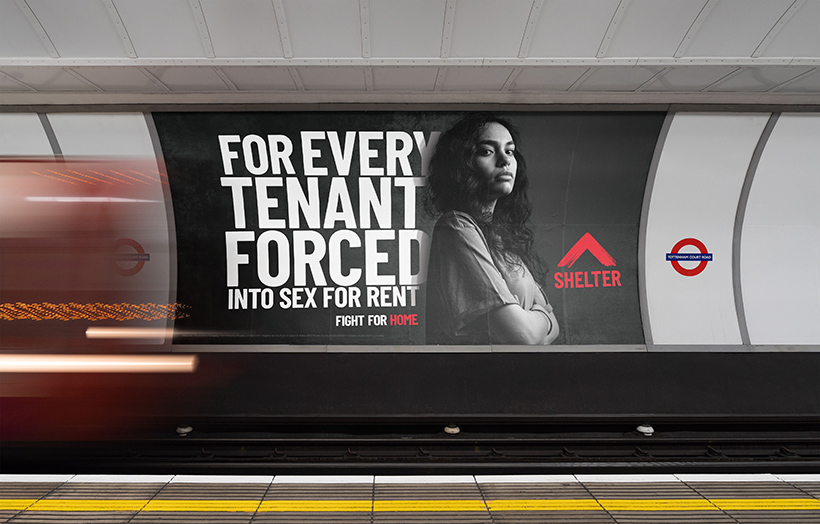 Willow Williams, head of marketing at Shelter, said: “The housing emergency has escalated to staggering levels, impacting the lives of one in three of us. Meanwhile, the global health crisis has made things a whole lot worse. This situation demanded an urgent and unflinching campaign to inspire everyone to join Shelter in the fight for home.”

Sean Thompson, executive creative director and founder of Who Wot Why, added: “With one in three impacted by the housing emergency, this isn’t just about street homelessness, it’s about people and families up and down the country who don’t have somewhere safe to sleep, and who are moving from sofa to sofa, trapped in often dangerous temporary accommodation, often cutting back on food to pay their housing costs, or living in fear of being evicted.

“We uncovered the raw truths from conversations with the people who use Shelter’s services and translated this into provocative OOH and a powerful track to force the message home. The results are grounded in lived experience and empathy from the heart of this complex, yet often hidden issue.”