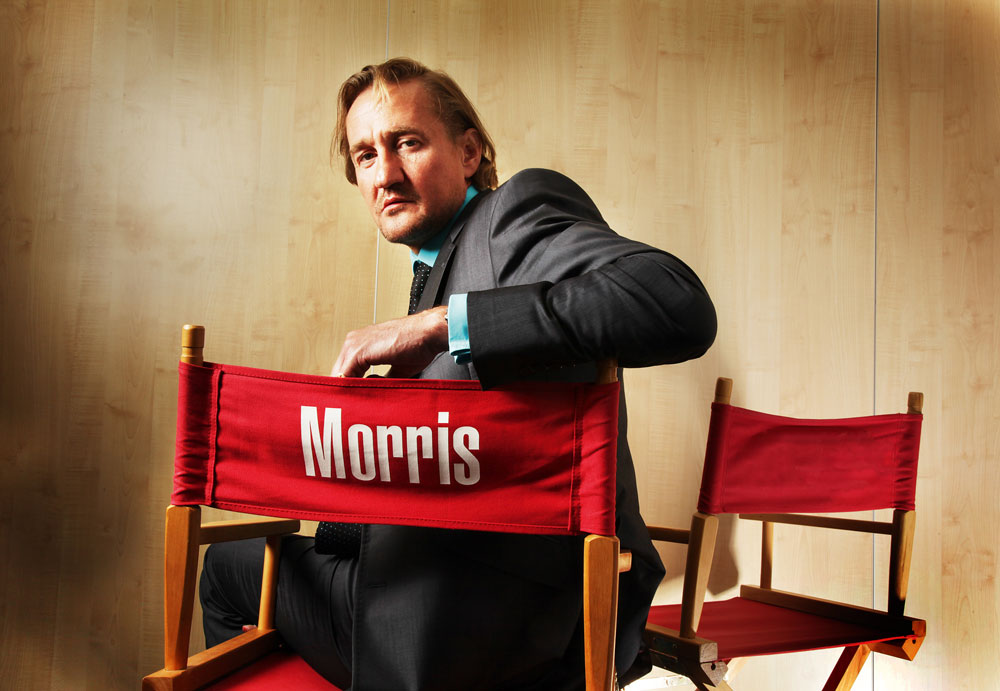 The former chief marketing officer of LoveFilm, which was acquired by Amazon four years ago, says that he has been busy with breakthrough work on Amazon Prime in the UK, Germany and the US, alongside sponsorship of ITV period drama Downton Abbey. Morris also hails the launch of Amazon’s Fire TV Stick in the UK in March – the brand’s fastest-selling UK device ever – as a big success.

Considering that he works for an internet brand, Morris is surprisingly low-key when it comes to social media and claims to keep to a "small universe of friends and family".

A quick look over Simon Morris’ CV is quite telling. Previous employers include Sega, Virgin, Sky and LoveFilm, not forgetting a stint at Ginger Productions, where he was Chris Evans’ right-hand man during the glory days of TFI Friday and Don’t Forget your Toothbrush. Oh, and then there is the small matter of
co-founding pioneering soccer website Football365.

What do all these businesses have in common? They are all companies with creativity at their heart, and that description would sum up Simon pretty perfectly too.

Simon is a creative in both the broad and narrow senses of the word. While many marketers preach the virtues of thinking like an entrepreneur, he actually is one. His great strength is to think laterally around knotty problems, take bold decisions and then back them. But while he certainly sees the big picture, he also understands the importance of execution.

He actively enjoys participating in the creative process, throwing one-liners and film references (of which he has a scarily encyclopaedic knowledge) into the melting pot. Most of all, he has a great sense of humour (OK, make that a filthy one).

These days, of course, he has one of the best jobs in town. Amazon is regularly voted among the UK’s favourite brands and its customer service is widely regarded as second to none. At a time when some other companies are just starting to take customer experience seriously, this is already part of the organisation’s DNA.

It is producing globally renowned entertainment (witness the recent deal with Jeremy Clarkson and the success of shows such as Transparent in the US), while other brands are merely dabbling with content and measuring YouTube views in the thousands. Meanwhile, killer products and services keep rolling off the  production line, from Kindle and Prime to Fire TV and the likes of Echo and Dash.

"While many marketers preach the virtues of thinking like an entrepreneur, he actually is one"

Having said all that, the job is not without challenges. For starters, the sheer variety of Amazon’s offering means that there are always competing pressures for attention and focus. Likewise, Amazon operates in fast-moving sectors, which means it’s sometimes hard to plan far ahead.

Add the fact that the business is competing with some fearsome rivals, from Apple and Samsung to John Lewis and Tesco, and you get an idea of what Simon is up against every day.

He deals with these challenges in a wonderfully laid-back way (in some meetings, he’s been virtually horizontal on our sofas – hopefully a sign that he’s at ease, rather than of our thinking being dull). He is extremely informal, preferring a good chat to a long presentation – PowerPoint is, famously, banned at Amazon, so that helps.

He treats everyone in a room the same, regardless of seniority, which means that he is very popular across his teams, both internally and externally. And he works iteratively, preferring to gather learnings as he goes, rather than be presented with a grand unveiling.

The only concession to corporate life is that he is, typically, immaculately turned out. But maybe that’s another example of his maverick nature: in a sector where casual wear is the norm, perhaps the real rebels dress up.

In short, while Simon eminently deserves to be on this list, he is anything but your typical marketer. And
for someone in such a senior role, he is very humble and self-effacing. As Amazon continues to grow and diversify, the need to keep the focus on the customer, and not on the technology, will become more important than ever.  This, in turn, will make the role of marketing ever more pivotal.

Simon is perfectly placed to guide the brand through these exciting times because he’s a human being, rather than a corporate robot or stuffed suit. Although, as noted earlier, his suits are pretty snappy too.