The three-part slogan 'Stay home. Protect the NHS. Save lives' became the core of the government's Covid-19 comms plan between March and the start of May. But how effective was the strategy?

"Stay home. Protect the NHS. Save lives" is likely to go down as one of the most effective messages in the history of government communications. The vast majority of Britons heeded the warning about coronavirus and stayed at home in a remarkable act of civil obedience that few could have predicted before the middle of March.

Spontaneous and prompted awareness of the campaign were 77% and 92% respectively, the Cabinet Office told Campaign at the start of May, adding that 83% of people understood how their own behaviour can affect the spread of coronavirus. The marketing costs were undisclosed but were already thought to be more than "Get ready for Brexit", which cost £46m.

The three-part coronavirus slogan worked because it was "hard-hitting", "single-minded" and "unavoidable", according to Stephen Woodford, chief executive of the Advertising Association. "Nobody could be in any doubt about the need to stay at home, protect the NHS and save lives."

A Whitehall source added: "The messaging has been simple. That’s why it’s been effective. It’s got three points and people can remember it. Policy is important, but so are communications."

Yet it was also evident that Boris Johnson’s government made mistakes in the early stages of the crisis. On 22 January, the UK rated the risk from the epidemic in China as "low" and, a week later, "moderate".

Within four weeks, and, following the first confirmed UK death on 28 February, the government was forced to reassess its position.

So began what would turn out to be a complex, multichannel public-information campaign that would have to adapt to the evolving situation.

Whitehall set up the Covid-19 Communications Hub to be what it called a "cross-government function to support the UK’s efforts to mitigate the impact of the coronavirus pandemic".

Senior executives from its existing agencies, MullenLowe and Manning Gottlieb OMD, joined the effort inside the Cabinet Office.

The first phase was a "hygiene" campaign, which broke on radio, print, digital out-of-home, social, display and programmatic, and ran in rotation for the rest of the month.

At the crux of its message was the importance of washing hands regularly for 20 seconds.

However, in those early weeks, decision-making was slow because there were many stakeholders, including Number 10, the Department of Health, Public Health England and leading scientists, who all needed to approve the communications. As the death toll started to grow, policy shifted beyond the "contain" phase.

The "delay" part of the campaign launched on 15 March and featured Professor Chris Whitty, the chief medical officer, urging anyone with symptoms to self-isolate – and, for the first time, it included TV advertising. 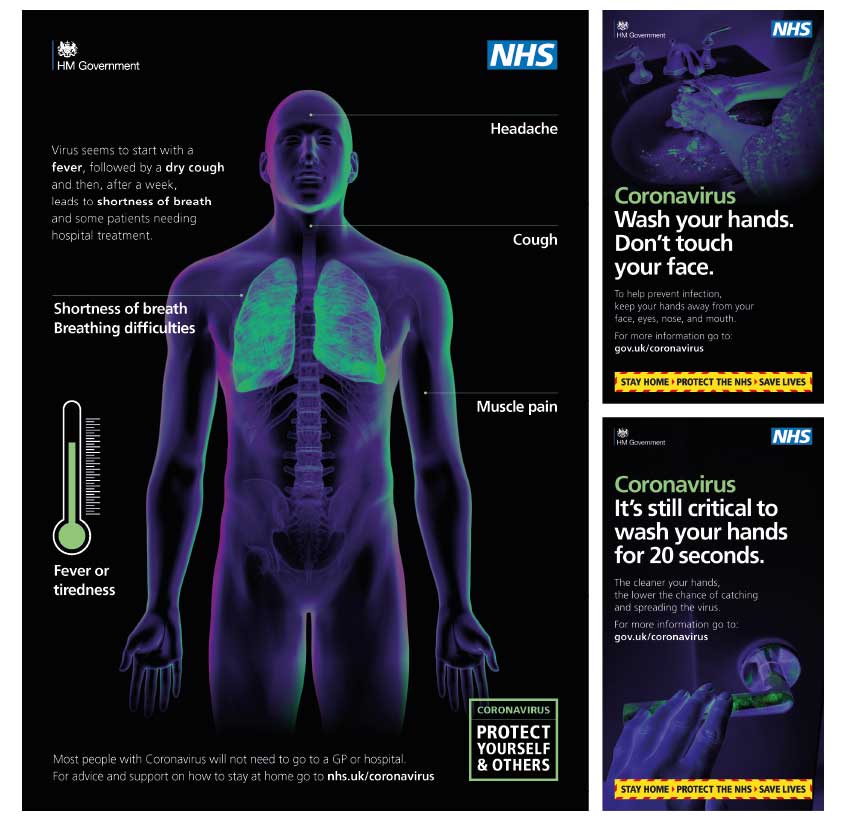 One day later the government advised people to work from home and, two days later, the announcement was made that schools would be closing as well as pubs, restaurants, gyms and other social venues.

Lockdown had begun. Daily, televised government news conferences, with the "Stay home" slogan on the lecterns, reinforced the messaging. "We saw that as our prime real estate," an insider said.

The business support part of the campaign launched on 1 April, with details of chancellor Rishi Sunak’s furlough scheme and other emergency measures.

Conrad Bird, who had worked on the government’s Great Britain trade campaign, led what amounted to a virtual agency in the communications hub.

Isaac Levido, an Australian comms expert, who worked on Johnson’s 2019 general election victory, also joined at the end of March and the messaging became harder-hitting. "If you go out, you can spread it. People will die," one ad warned.

Following the announcement on 17 April that lockdown would be extended for another three weeks, refined "stay home" messages were targeted at key demographics, including younger people and BAME communities.

Towards the end of the month, as testing came on stream, a campaign targeting key workers was launched as well as a mood film to thank people for staying at home and reminding them why they were doing so.

The communications challenge was far from over. As Woodford says, maintaining social distancing as the UK emerges from lockdown was going to require a new messaging with considerable "subtlety".

There was a mixed reaction to the new message, "Stay alert. Control the virus. Save lives," which debuted on 10 May and has replaced "Stay home. Protect the NHS. Save Lives."

Never has the saying "If you’re going through hell, keep going" – by Johnson’s hero, Winston Churchill – seemed so apposite.

'The message is sticky and memorable'

Early in March, Campaign reported that "some of the government’s best comms people are being drafted into a Cabinet Office ‘war room’ in an attempt to win the information war over coronavirus".

Two months on, and what school report should we give them? Pretty good, I’d say.

The best public information does two things: it tells people what they should do and it gives them a compelling reason to do it. As simply and succinctly as possible.

"Dig for victory" (during WW2) being one of the very best examples of this.

We want you to grow your own vegetables to help Britain have a fighting chance of winning the war.

And I would say the most memorable of all the government Covid-19 messages to date does this well.

We want you to stay at home to ensure the NHS can cope and as many people are spared as possible.

This particular message has the added bonus of being a tricolon (a rhetorical term for a series of three parallel words, phrases or clauses, as per "I came , I saw, I conquered"), which has helped make it sticky and memorable.

Of course, there have been numerous other messages from the government over the past eight weeks, from how to wash our hands, how often we can go out and for what reason, the symptoms to look out for, what to do (or not do) if we develop any and so forth. Fear has probably meant we are more of a captive audience than usual, but many of these less dramatic messages have also registered with us, and been followed.

And one final reflection on jeopardy. There have been many reports suggesting that positive messages are more effective in changing behaviour than negative ones. "Stay home. Protect the NHS. Save lives" is obviously an example of positive framing. But given that the "If you go out, you can spread it. People will die" comms is possibly the most memorable single piece of communication from the whole campaign, it does seem to make the case for occasionally needing to scare.

So far, then, so good. Easing us out of lockdown might not be quite so straightforward. 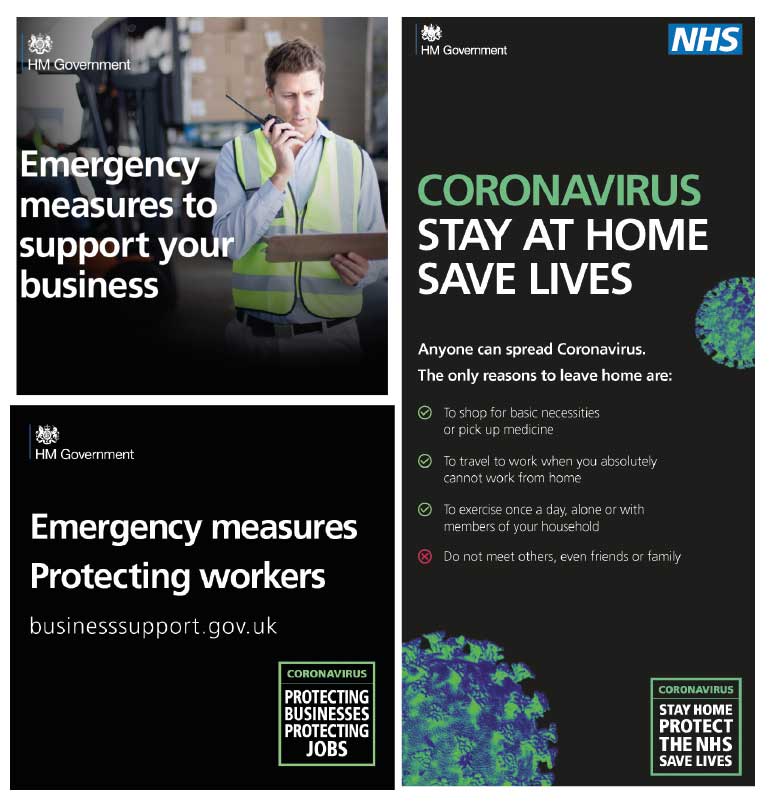 During March and April, the government’s Covid-19 campaign broke in three phases and in several waves, using different channels to take account of the developing situation.

'What we have is absolute clarity'

At the beginning of the crisis, I wrote in these very pages that our industry doesn’t save lives. But in the case of the good folk at MullenLowe, I was wrong.

For a month, the agency has had the unenviable task of communicating the government’s coronavirus advice to the nation. That it is doing this with extraordinarily limited production capabilities and at breakneck speed deserves our utmost respect.

But the brutal truth is that this work will be judged in one way only – on its effectiveness. So, let’s address this and this alone.

In this campaign, we have none of the strategic depth of the best government behaviour-change comms such as Abbott Mead Vickers BBDO’s "30 for a reason" work or Euro RSCG’s "fatty fags" campaign, honed by months of painstaking planning. 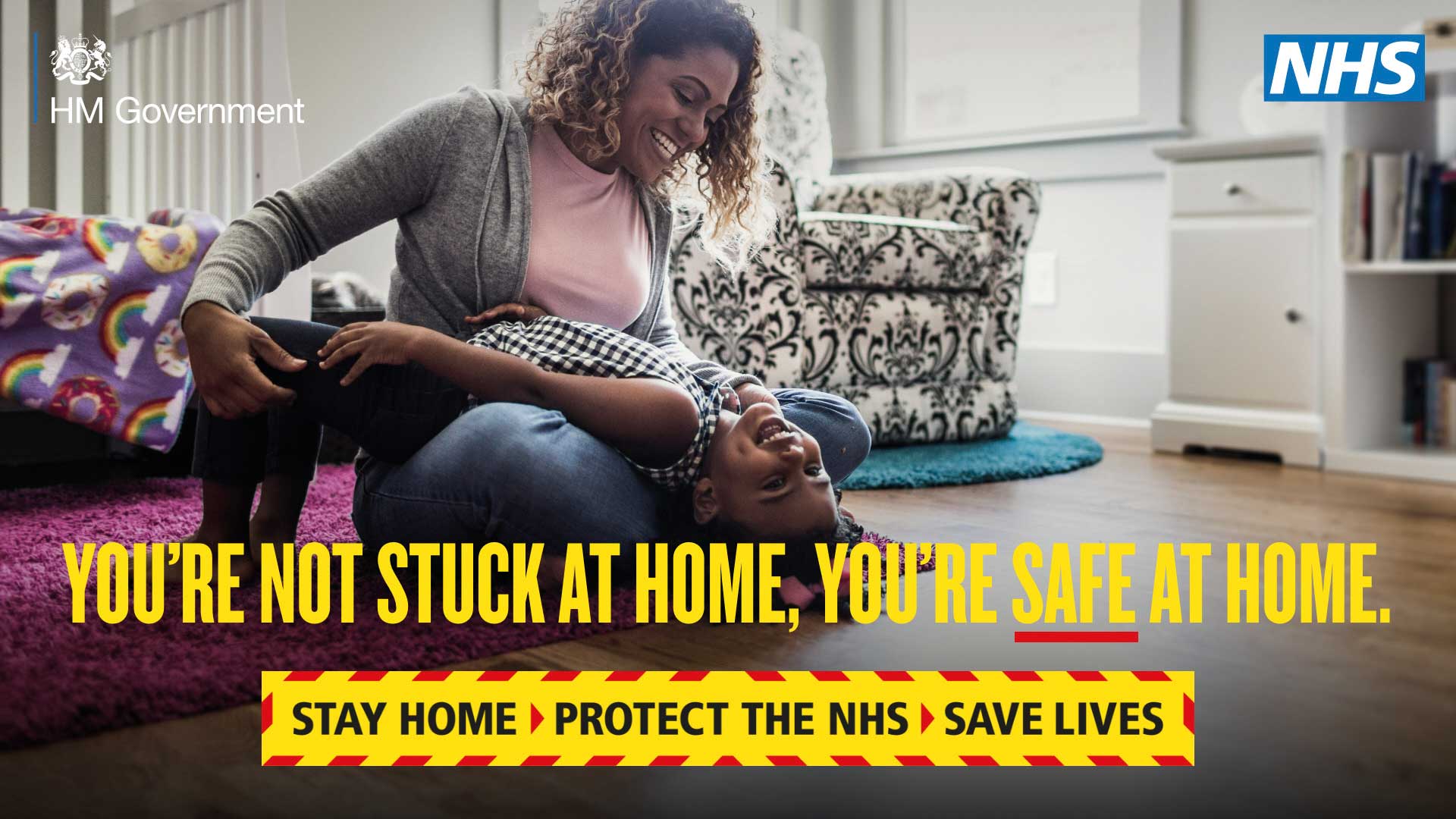 But what we do have is absolute clarity, particularly as the campaign has settled down around the message: "Stay home. Protect the NHS. Save lives."

It does have a whiff of the "message out" rather than "message received" style of communications favoured by politicians but sometimes we do get a little lost in the behavioural economics playbook when the task is far simpler.

And the task here is so incredibly simple. Stop people leaving their homes and putting the NHS and other people’s lives in danger. I don’t need Millward Brown to know this work is effective – the emptiness of our streets is testament to the fact.

Effectiveness that is amplified by the most powerful "distinctive brand asset" of this year, the emergency tape art direction. And by the choice of the NHS as the author of the communication, a brand that has stratospheric potency right now.

But here’s the thing. While effectiveness is about the strategy, the message, the creative and the spend, it is also about the timing. 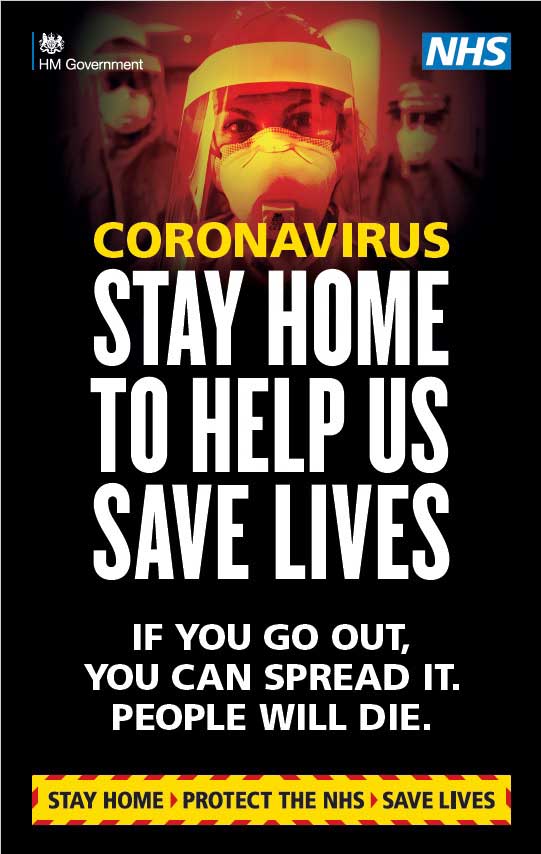 When the public inquiry is held into the disastrous way the government has handled the coronavirus crisis, this campaign will inevitably be dragged into its blades. The unequivocal "stay at home" message only appeared after Boris Johnson’s decision to lockdown the UK on 23 March, by any objective measure far too late.

And ads that aren’t on air can’t change anything.

So, yes, the good folk at MullenLowe are saving lives every single day.

But imagine how many more they could have saved had they been asked to do this sooner.

Adspend in entertainment, travel and telecoms plummets in March