Sky is considering ways to bring its life-realistic augmented-reality technology into football coverage as it looks to fend off broadcast rivals Amazon and BT Sport in the coming years.

Amazon has made noise this week with the launch of its Premier League football coverage on Prime Video, in which it streamed 10 matches over three days.

But Sky, which shares Premier League broadcast rights with BT Sport and Amazon, still retains the lion’s share of coverage for the hugely popular competition, but is aware that it needs to innovate in order to engage fans.

In Wednesday's The Media Show on BBC Radio 4, Minal Modha, consumer lead at Ampere Analysis, warned that Sky needs to up its game as consumers face the "subscription fatigue" of having to buy from three providers to watch the same sport.

Modha said: "The Sky Sports format feels pretty tired. It’s been going for a long time and they’ve been working to try and catch up with where technology has gone to, particularly when BT arrived on the market."

While the overall format of Sky’s football coverage has not radically changed since it first began broadcasting the Premier League in 1992, it has experimented with new technology with limited success. Broadcasting in 3D (2010-2014) failed to gain traction with fans, while previous innovations include "player cam" (in which a camera would focus on just one player for 15 minutes) and the option to hear commentary from partisan club supporters instead of the professional commentator.

However, Sky’s next big tech innovation for football broadcasting may come from its golf coverage of all places. The broadcaster’s Open golf coverage created a buzz last summer after unveiling a revolutionary way of using augmented reality and mobile volumetric capture to create lifelike holographs.

Sky Scope uses volumetric capture, which is similar to the techniques used in high-end virtual-reality productions, and was demonstrated by Sky at last week’s Future Sport event in London.

With the help of 120 cameras, it can recreate a golfer’s swing in a 3D format that presenters appear to walk around and analyse in real time as if they are demonstrating an art exhibit.

The innovation came about as a collaboration between Sky Creative Agency, other departments within Sky and MRMC, the camera robotics company owned by Nikon. Epic Games’ Unreal Engine, a favourite for video-games developers, was used to design and build Sky Scope. 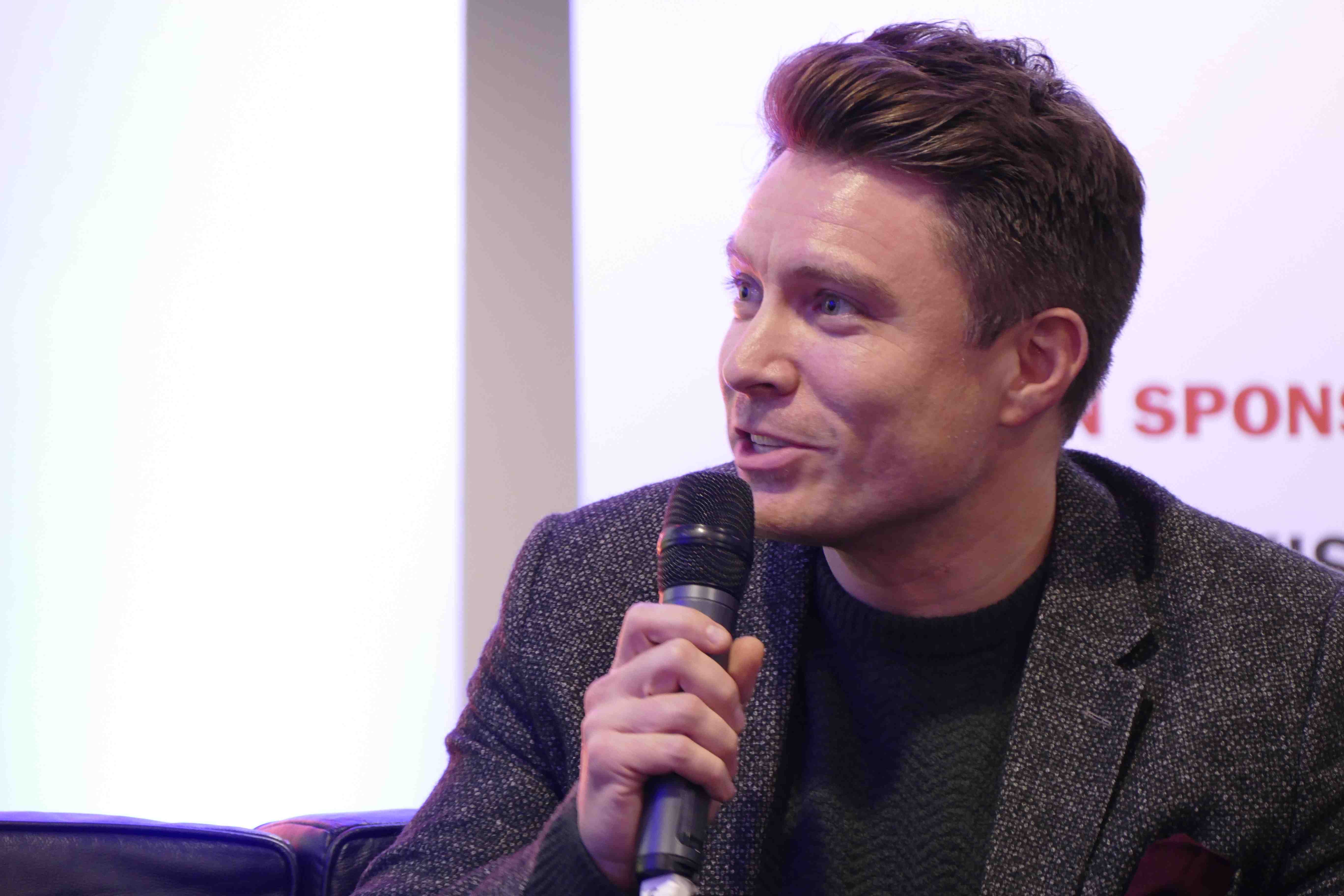 Duncan East, Sky Sports’ head of directors and creative (above), described to Campaign how Sky Scope may integrate itself into football coverage in, for example, 10 years’ time.

"Imagine walking into my lounge where there’s no TV and I can say: ‘Show me [Cristiano] Ronaldo playing football,'" East said. "Then it’ll take me to that live moment right there and then – him in his Juventus kit delivered into my lounge and me being a part in the game. Ten years is a bit ambitious, but ultimately this is where want to get to: we want to bring the game to people, which means ultimately taking people into the game as well."

On more than one occasion, East stressed that the tech "has got to have substance" and not just be deployed to show how innovative Sky is. While 3D-ready TVs have been available for a decade, for example, the unpopularity of Sky’s 3D football coverage has shown that consumers simply did not like the format.

"There’s got to be a reason for just sticking it on the football and have a crack at some cool avatar of Mo Salah striking the ball. What are you getting from that? What story are you telling from that?" he continued. "If you can recreate things that are actually happening in a game and bring that into the studio environment... then you’re really getting somewhere. But we’re not there yet."

Sky, which pays £1.2bn to show 128 Premier League matches a season, is sensitive that its consumers expect it to do more than just compete for the best presenting talent (Gary Neville has been the Football Supporters’ Federation’s Pundit of the Year for the past two years, while Martin Tyler has won the Commentator of the Year award for the past six).

"We’ve constantly got to improve. We’ve consitatnly got to deliver innovation," East said. "Sky’s a premium product and people expect premium output. We’re always looking in this space and at what’s going to elevate us. Motion capture with an AR combination has a real substance and delivers something you’ve never been able to do before, but does it for a reason." 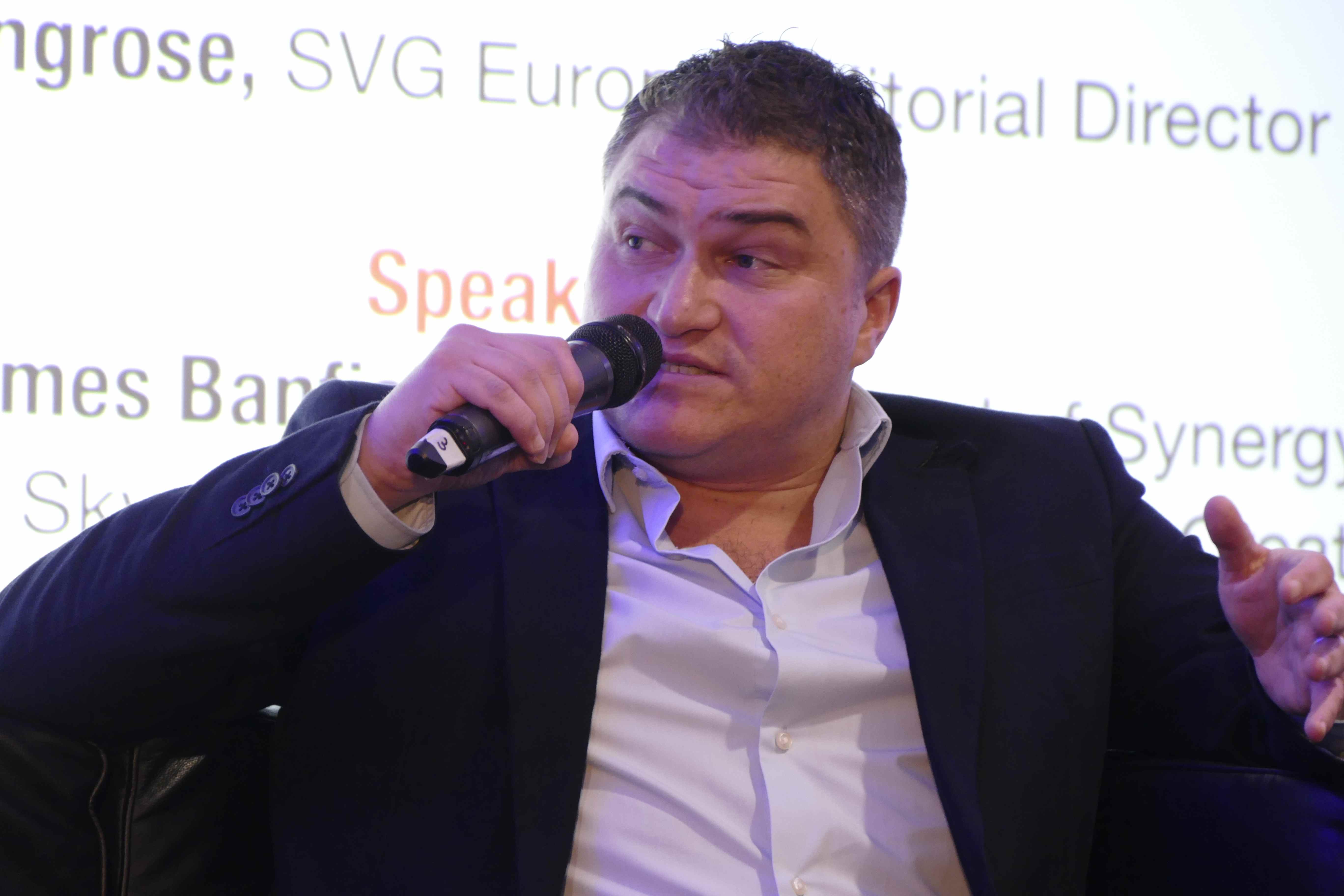 Jason Landau, Sky Creative’s head of creative innovation (above), who demonstrated a holograph of golfer Rory McIlroy at the Future Sport event, agreed on the need to offer "editorial substance" behind its innovation, as well as "making people go ‘wow’". "It’s about improving our analysis on screen without being a gimmick," he added.

The challenge for transitioning Sky Scope to football, Landau said, was access to Premier League players, who are famously guarded closely by the clubs.

But could Sky Scope be used in marketing communications? Could avatars of famous sports players, movie stars or cartoon characters be unleashed beyond the broadcaster’s TV studio into the "real world" as experiential activations, for example?

"Absolutely," Landau replied. "Having something we can use as assets across the business would be a fantastic thing. It does have that wow factor."

How tech is bringing brand experiences to life

Why advertisers can't afford to screw up 5G