Snapchat expects they will initially appeal most to retail, ecommerce and direct-to-consumer advertisers.

Snapchat is launching dynamic ads in a move to woo retailers and direct-to-consumer product advertisers as shopping catalogues can now be synced with the platform in real time.

Starting from today, advertisers can opt in to an open-beta test for dyanmic ads that would enable campaigns to start running within the next two weeks. They enable ads to be updated based on product catalogues that contain hundreds of thousands of items.

While it is available to all advertisers, campaigns will only reach Snapchat users based in the US initially, with other markets expected to be added in the coming months.

Dynamic ads should also allow Snapchat to serve users more relevant ads based on their interests. Ads would be delivered through a range of templates. 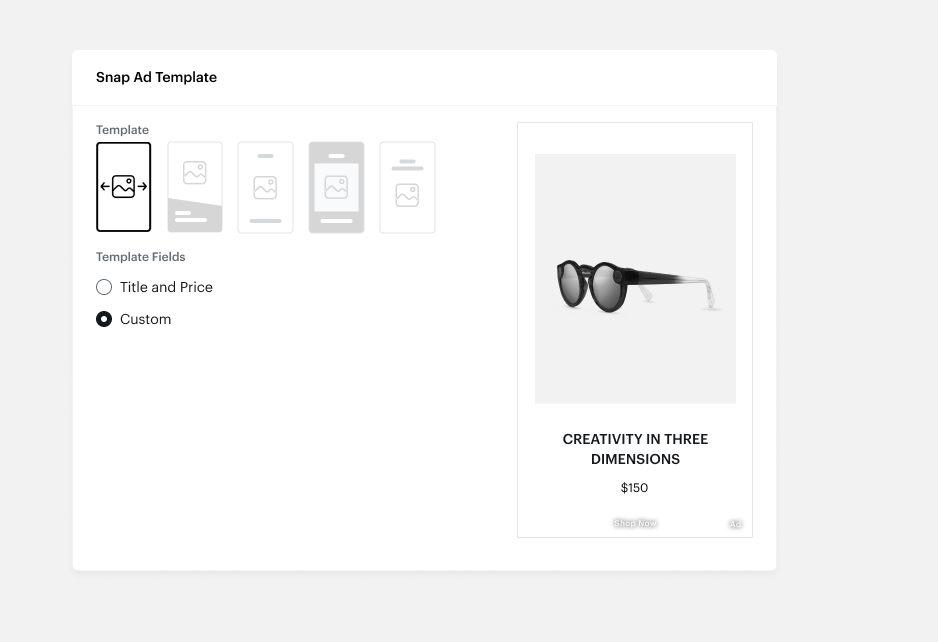 Snapchat is expecting the move to have the broadest initial appeal for retail, ecommerce and DTC advertisers.

As well as new templates, the dynamic ads aim to cut the amount of time spent manually creating ads for Snapchat when being fed by data from a company’s product catalogue, such as price and availability.

This should also increase ad relevance, since there will be a larger pool of ads to choose from.

Kevin Chase, head of paid social at Performics UK, welcomed the move, describing Snapchat as playing "catch-up" to Instagram and Pinterest when it comes to ecommerce and direct response.

He told Campaign: "This is an important move for them to close the loop and access an increased share of lower-funnel budgets.

"While Snapchat is considered by many to mainly be an awareness driver amongst Gen-Z and millennial audiences, it can also be a very effective performance channel in other ways in its own right, albeit without the scale of Facebook.

"Snapchat offers access to an incremental audience, many of whom can’t be reached on Facebook platforms on a daily basis. So for brands that are seeking alternatives to Facebook and Google through which to sell their products, this will be well worth testing."

Stuart Lunn, managing director at Havas Media Manchester, added: "Coming off the back of the introduction of extended video and interaction within non-skippable, it’s a further demonstration of Snapchat's efforts to provide ‘go to’ solutions for targeting."

However, Joe Whatnall, head of performance activation at Mindshare, warned that Snapchat will need to demonstrate the effectiveness of these units in driving performance at scale if it wants to make progress in the ecommerce space.

"With Snapchat often just seen as a space for brand campaigns, this is a significant step in opening up opportunities for advertisers looking to drive sales through a platform that returned to user growth this summer," Whatnall said. "With products like Google’s shopping ads and Facebook’s dynamic product ads now a consistent part of media plans for these types of advertisers, this gives them a reason to consider Snapchat as part of their strategies."

The announcement comes less than a week before Snapchat parent Snap announces its third-quarter results. The company’s ad revenue is still largely dependent on the US market, which accounts for two-thirds of total ad income, as its earnings announcement in July showed.

Snap posts strong user growth outside US and Europe in Q2