Snapchat has teamed up with the Bank of England, The National Gallery and Tate Britain for today's launch of the new £20 note, creating a lens that brings to life JMW Turner’s famous paintings using augmented reality.

When a user opens the Snapchat app on their phone, they can point their camera at the "snap code" (below), press and hold the code to unlock the AR lens, then hover their camera over a new £20 note to trigger the AR. The note will then be transformed, with Turner’s The Fighting Temeraire and self-portrait, both of which appear on the note, coming to life in full colour. 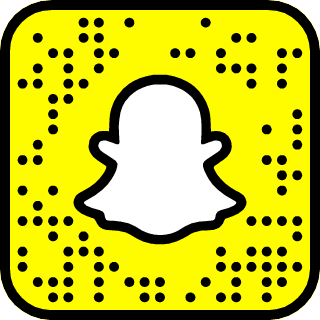 Meanwhile, London’s The National Gallery – home of The Fighting Temeraire – is hosting a display of the £20 note, allowing visitors to use the Snapchat app to interact with the currency. Visitors to Tate Britain, on the other hand, can discover Turner’s self-portrait in eight rooms containing his artwork.

Ed Couchman, Snap’s UK general manager, said: "The launch of the new £20 will result in Turner’s paintings being amongst the most widely distributed artworks in the UK, maybe even the world.

"We want to make sure that Snapchatters are encouraged to take note, look at the cash in their wallet and appreciate these great paintings. Hopefully, this partnership will help introduce a whole new generation to one of Britain’s greatest ever painters."

Sarah John, the Bank of England’s chief cashier, added: "Turner is one of the most influential British artists and we’re now bringing his art to the pockets of people all over the UK. I hope the public will enjoy using, and snapping, their Turner £20s."

The new polymer £20 note goes into circulation today, when cash machines will start dispensing it to the public. It features Turner’s famous rendering of HMS Temeraire, which fought at the Battle of Trafalgar. The painting was voted the public’s favourite in a 2005 poll for BBC Radio 4.

Snapchat has won back young users after 2018 Android debacle