Platform is making a comeback after teenage users drifted away in US last year.

Snapchat is experiencing "new momentum", thanks to a resurgence in user growth, according to eMarketer, which has upgraded its user growth estimates for the platform over the next four years.

By the end of 2019, Snapchat is forecast to have 293 million users worldwide, up 14% year on year– that's more than the 281.3 million eMarketer forecast in the second quarter this year.

With the higher growth rates in the revised forecast, eMarketer now expects Snapchat to add more than 63 million users by the end of 2023 (up from a previously estimated 52 million). 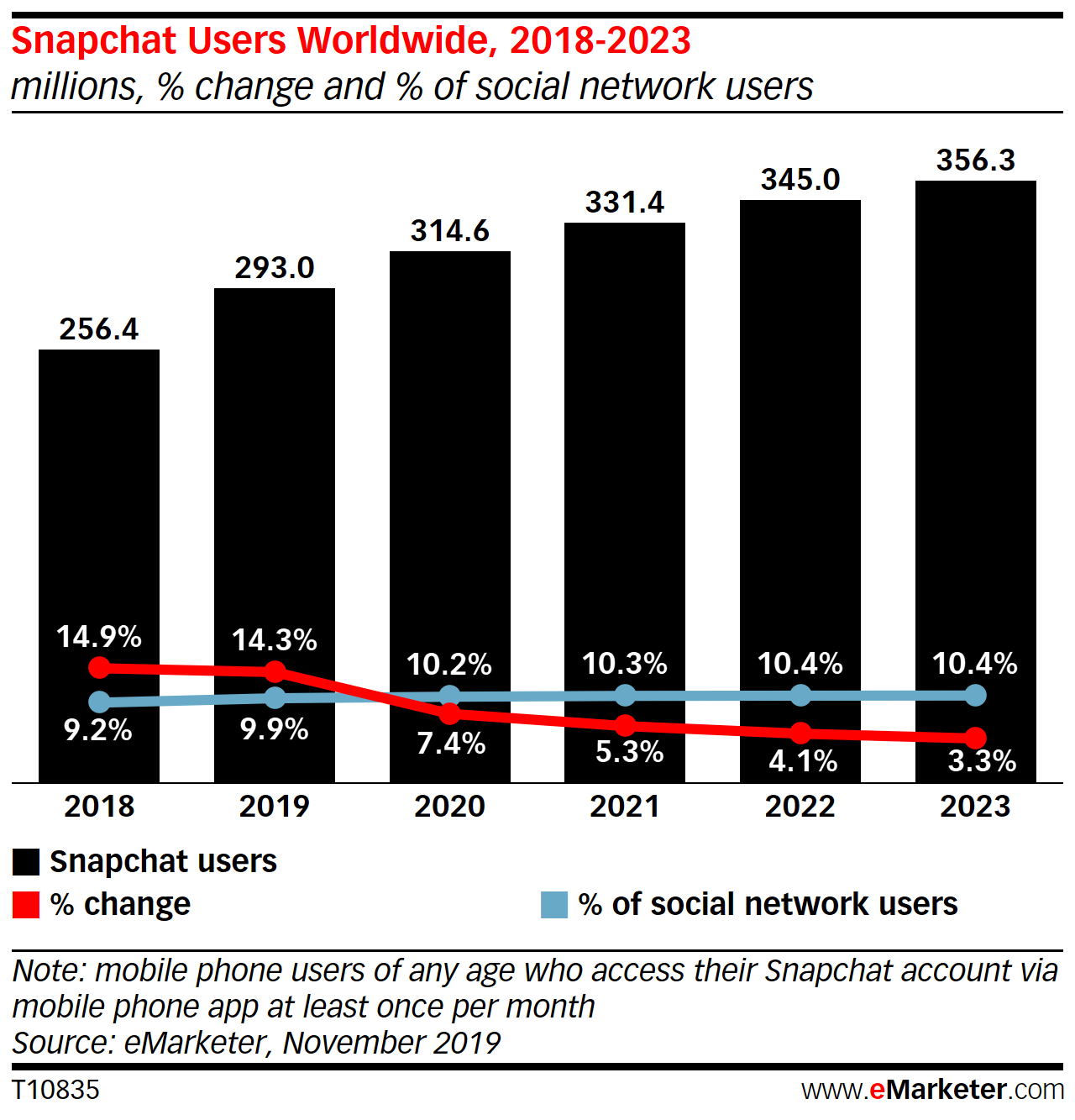 Snapchat is making a comeback, eMarketer concluded, following last year’s Android redesign that prompted some US users to leave the platform.

The US is Snapchat’s largest market, accounting for more than a quarter (27.4%) of its 2019 users, and the user base in that market declined 1.4% last year.

However, growth will return to the US (up 5.9%) this year, pushing the figure to 80 million. EMarketer said the biggest driver for the turnaround is the return of users aged 12 to 17, 1.1 million of whom left the platform last year. This year, Snapchat will add more than that number as US growth in the 12-17 age category is forecast to reach 11.5%. 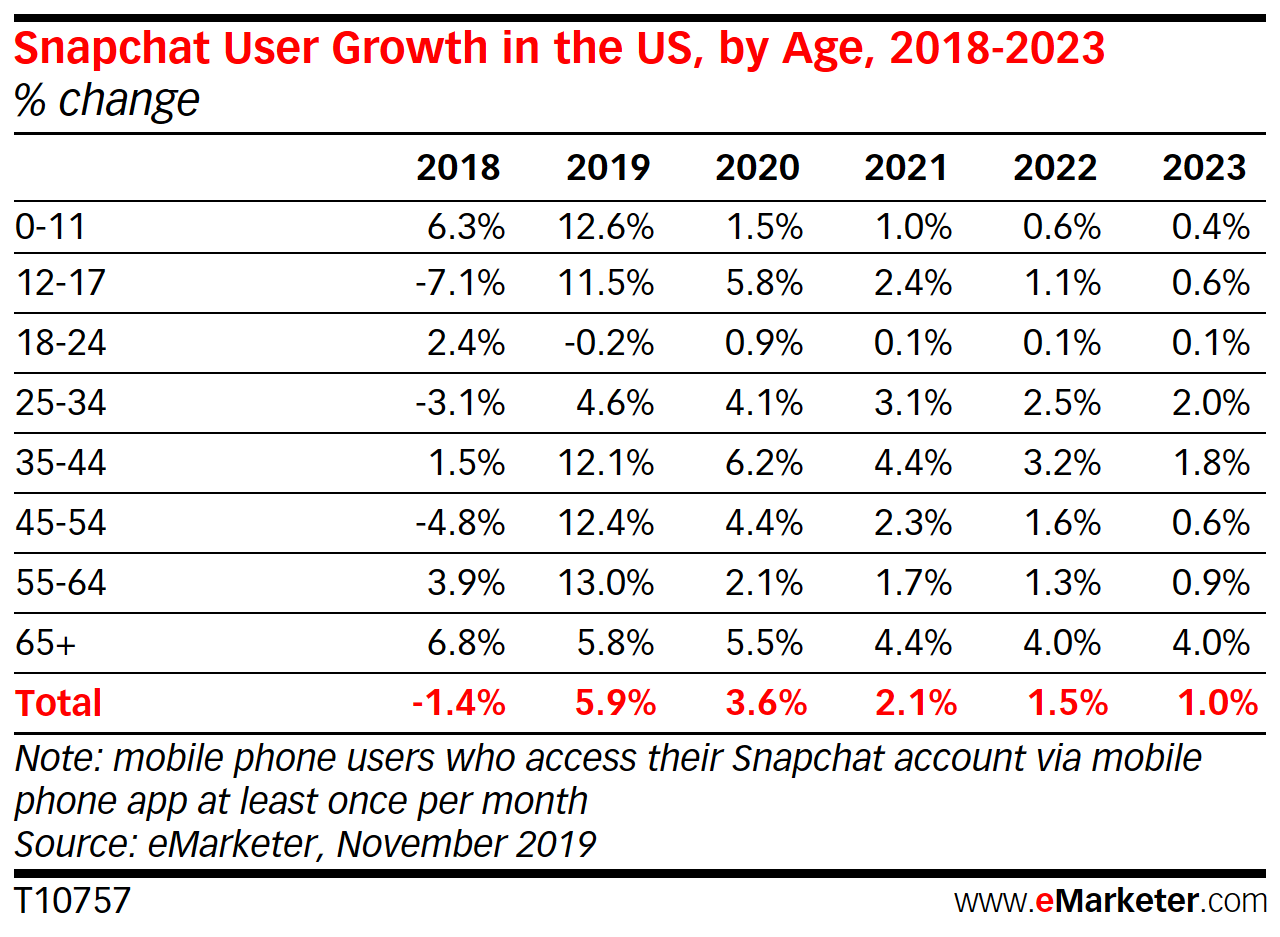 Snapchat still faces tough competition from Facebook-owned Instagram, which is set to grow its US user base by 6.7% to 107.2 million this year, eMarketer added. Meanwhile, Instagram will grow 11.6% to 788.4 million users globally. 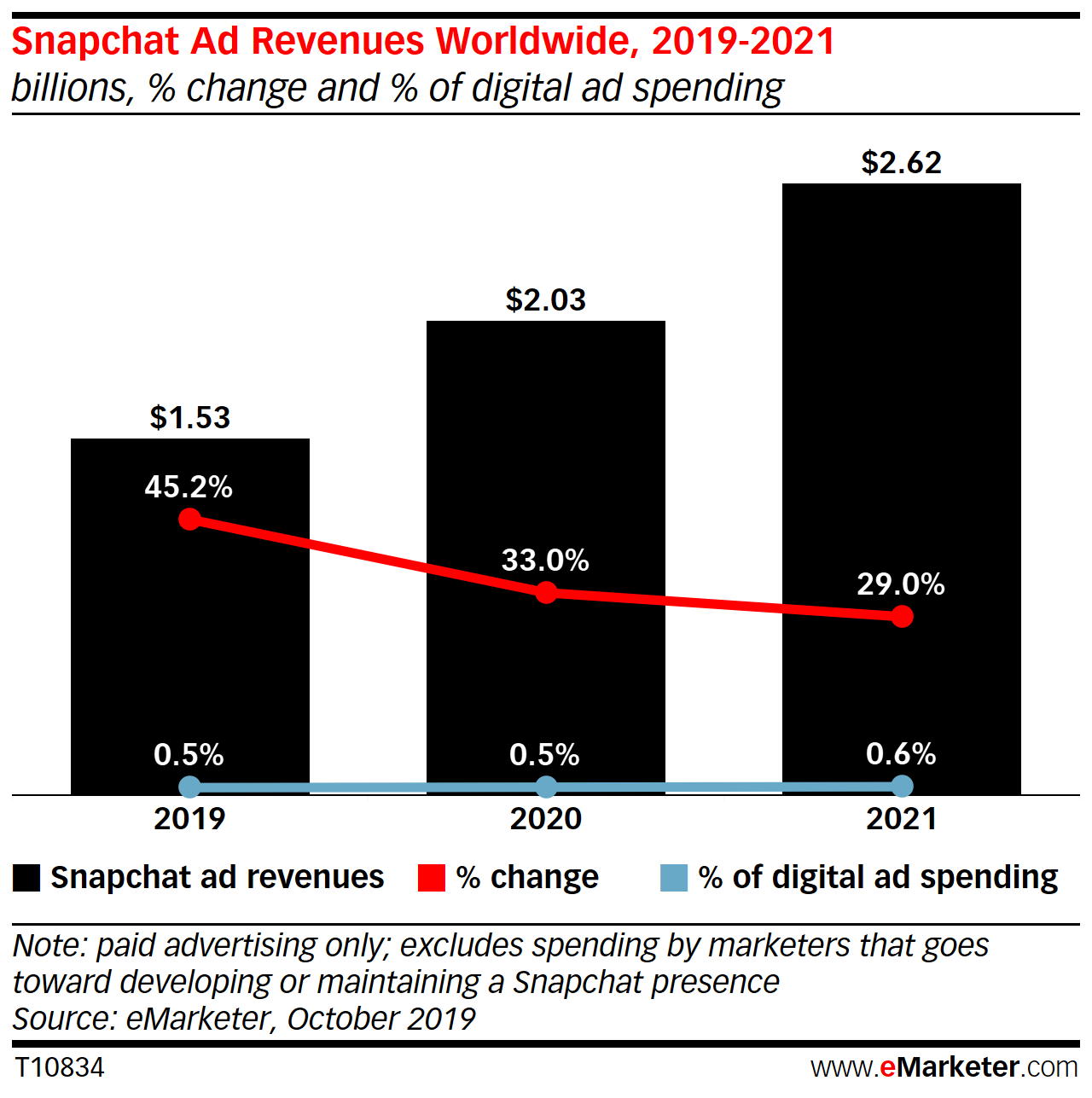 "Snapchat has reported gains in users every quarter so far in 2019 and we believe that the relaunched Android app has reinvigorated growth," eMarketer principal analyst Debra Aho Williamson said. "In addition, features such as the successful baby face and gender swap filters earlier this year have driven increases in user engagement with the app."