Lens is powered by location-based and 3D mapping AR technology.

Snapchat has created a new Lens that will allow London sightseers to virtually peel away Big Ben’s scaffolding while it is under construction.

To celebrate the festive season, Snapchat users can point their camera at the iconic Elizabeth Tower to see the scaffolding fall away and become encased in a snow globe with the words: "Happy Holidays."

The Big Ben Lens is powered by location-based and 3D mapping augmented-reality technology, while the accompanying face Lens shows the user in a Union Jack top hat.

The transformed virtual tower will also reflect the accurate time on the clock and recreate Big Ben’s famous bongs, chiming on the hour accompanied by four quarter-hour rings.

The Big Ben Lens will be live for several months and the creative will be adapted over time, Snap said, and can be used in spite of bad weather and from any viewing angle. It will work on devices as old as Apple iPhone 6 and "mid-range" Android smartphones. 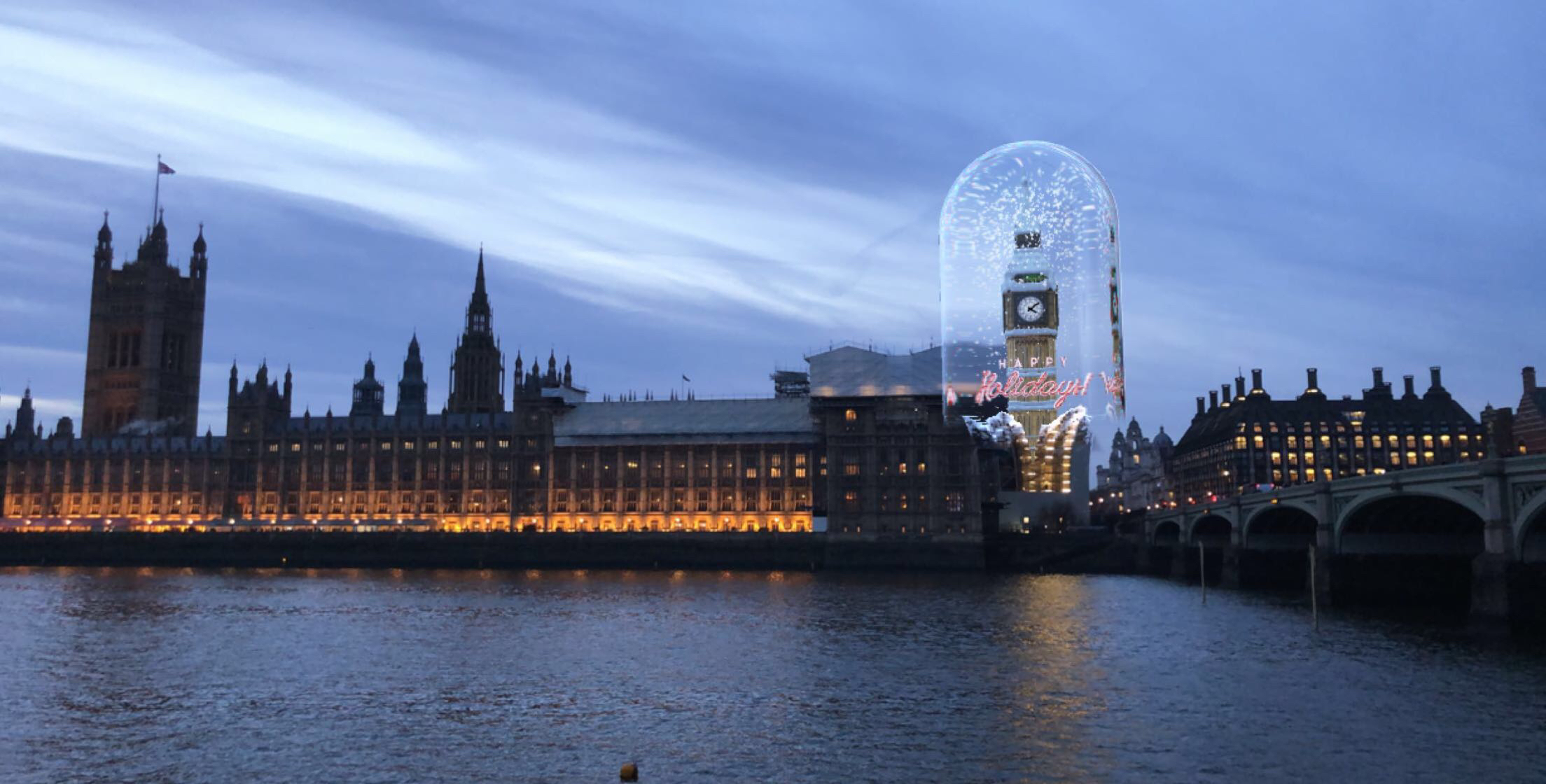 Eitan Pilipski, vice-president of Snap’s camera platform, said: "Our goal was to bring together the most cutting-edge mapping and imaging technologies to create the kind of unique, location-specific experience that only Snap – and perhaps Father Christmas – can deliver."

The Elizabeth Tower has been encased in scaffolding since repairs started in May 2017, while the bell, known as Big Ben, was silenced in August 2017 (apart from when the New Year arrives).

Pokemon Slow: AR remains a supply looking for a demand

Pokemon Slow: AR remains a supply looking for a demand

How to make six seconds pay: the big impact of the small video