Two of the biggest names in British newspapers - Geordie Greig and Martin Clarke - spoke to Gideon Spanier about the past, present and future of Daily Mail and MailOnline...

Advertisers have been urged to continue investing in the established news media because of the industry’s authority, heritage and because they are a force for good.

Geordie Greig, editor of Mail newspapers, and Martin Clarke, publisher of DMG Media, both asserted their belief in the power and reach of ‘traditional’ news outlets and their value to advertisers.

Recent data from PAMCo revealed that the Mail brands – including Daily Mail, The Mail on Sunday and Metro newspapers plus MailOnline and Metro.co.uk – reach a daily audience of 11 million and a monthly audience of 31.1m. The Mail is the biggest British newsbrand according to these latest results and Daily Mail Group's advertising arm, Mail Metro Media, consistently has the highest reach in Britain.

"I think the influence of newspapers is profoundly huge," said Greig, citing a recent Daily Mail campaign to engage volunteers for the UK’s National Health Service which generated a million hours of volunteer time within a few weeks. "We are the voice of Middle Britain and we are a friend of the people out there."

Clarke continued: "We amplify that voice online and help change society in bringing news to more and more people. We’re still one of the loudest voices in the room." 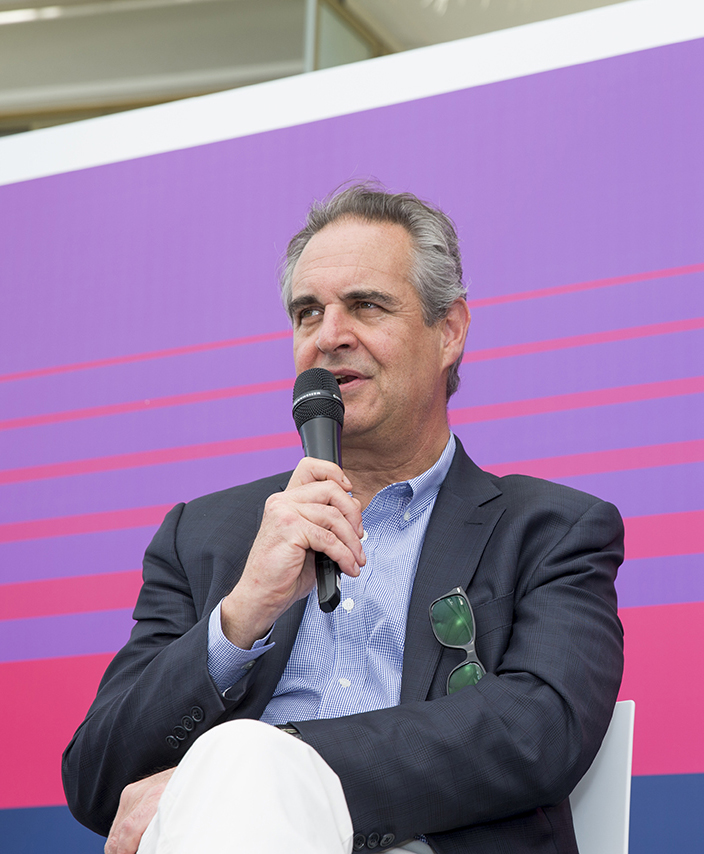 Clarke (pictured) says that MailOnline take brand safety seriously but he cautioned: "Some of the brand safety tools can be a blunt instrument, which is bad news for advertisers. If there is inventory being ruled unsafe when it is actually safe then you will be paying more for what’s left.

"There are some big brands, particularly in America, that don’t want to be next to news at all, which is really unfortunate because society needs news. It would be nice if brands saw it as part of their public duty to support news of all stripes. We think we as an industry are a force for good and we hope you’ll support this."

Separating "church and state" was straightforward, said Greig. "Advertisers don’t expect to have an influence on how news is covered. I do speak to leading businesses who advertise – it’s a way of getting good stories – and seeing what their interest in the paper is. If they can understand what the paper is doing from the voice of the editor that’s not a bad thing.

"I think advertising in newspapers is good for them and good for us but you shouldn’t be forced to do it. I do passionately believe that the media, through its reporting, does stop bad things happening [in society]. We need to tempt advertisers to support us by being really good [at what we do] – it has to be a virtuous circle. We can’t be pious or repulsive."

The secrets of brand loyalty 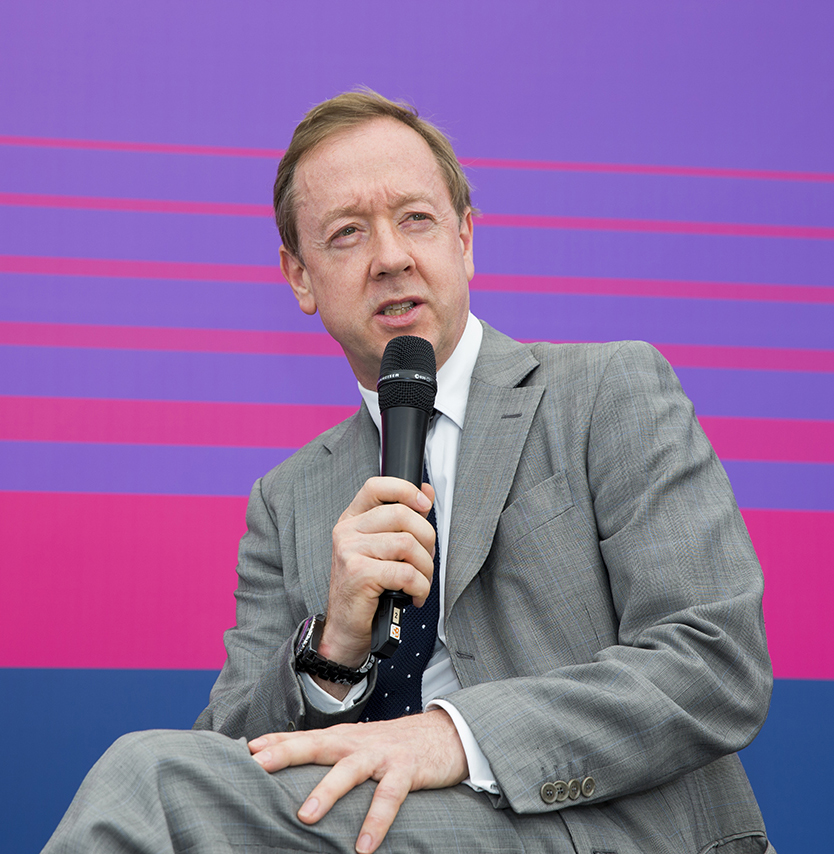 "People will read what the Daily Mail has written about [rather than search elsewhere online] because there’s a level of safety in it," said Greig (pictured). "The central strands of our readers' lives – health, money, children and family – make for a potent package and a magnetic effect to make readers stay with the paper for a long time. This is an astonishing tool for advertisers and readers."

A large part of MailOnline’s success is down to the amount of direct traffic. Clarke explained: "In the UK over 60% come to our homepage directly or via the app to consume in one or two sittings while 75% of our global revenue comes from the direct audience. In all they’re with us for almost half an hour a day. That’s why our business is unique. We are making good money.

"We are not in the business of managing decline. We are about making this newspaper business thrive and we are in a good place."

Making free work
Clarke believes that if the founder of Daily Mail, Alfred Harmsworth (later Viscount Northcliffe) were alive today he would be "pretty comfortable" with its online incarnation. "He pioneered popular journalism," Clarke said, and "he understood that you had to mix fun with fact and education".

While different media organisations have different business models – subscriptions, free to use, an ad-funded mix – there was one essential common denominator for success. "You have to have a large direct, engaged audience to make page views viable," Clarke said.

"Print circulations and ad revenues are holding up better than expected but digitally you have to make up for print losses. What we all have in common is addicted, fascinated direct audiences who come every day. Without that, your business model won’t work. The values that Geordie mentioned underpin that and we’re about never, ever being boring." Greig pointed to the continuing large profits which come from the newspapers.

Clarke admitted that MailOnline had experimented with paywalls on their app outside of their three main markets of the UK, US and Australia. "In smaller markets where we don’t make a lot in ads, a paywall makes marginally more sense but I don’t see it being extended."

Brexit – turn-on or turn-off?
The notion of Brexit fatigue was dismissed by Clarke, who said: "Brexit does drive traffic. They are engaged with Brexit and the Tory leadership. [MailOnline doesn’t] have a dog in the fight in the same way the paper does.

"We don’t run leader columns from the paper and we do run columnists who have different views. I think it is unfortunate that the hardliners didn’t let [Theresa May’s Brexit] deal through but from the website’s viewpoint we are neutral."

Greig, who backed Theresa May's deal, added: "Overturning the referendum result would be bad for our country. We must get on with what Britain does do well. The influence of Britain around the world in newspapers, art, fashion, television – all the creative industries – is something that will fly and flourish. The economy is doing well but we need to feel the economy is doing well."

"Another man’s truth"
And on the thorny subject of fake news, he said: "If you bought every newspaper you’d get a completely different different version of any of event. The serious point is that the choreographing of news by a company of authority is what makes newspapers different from the Wild West of the internet where we see, at its most extreme, stuff which is complete nonsense."

Clarke added: "Fake news is very much in the eye of the beholder. It is another man’s truth. Some of the coverage in Breitbart and Russia Today is a bit out there frankly but some is very respectable. You have to judge each story on its merits.

"You have to trust people to spot truth from lies and decide to an extent what they believe. Often it is a difference of opinion. There’s a danger that fake news as a term narrows public discourse and that would be extremely dangerous."

When regulation becomes censorship
Government regulation concerns both executives. Greig said: "The danger is that politicians set conditions that have an element of censorship and create an unfair playing field for the industry.

Clarke added: "The Online Harms White Paper [from the UK government] contains some terrifyingly vague terms. You could end up with a UK media as crushed as the Chinese media. It puts too much pressure on platforms to play it safe because they’re not interested in taking editorial risks.

"For example, the proposal to age-gate the internet would be catastrophic. It would kill the programmatic market and we have huge problems with that. We don’t see what the issue is – there is no evidence that targeted advertising harms kids."

"A mafia boss crossed with Elvis"

"I was a reporter for The Sunday Times, based in New York, in 1993 and I was sent to interview Donald Trump.

"We have a good interview. At that moment he is essentially going bankrupt. He asks if I’m free that night. I was so he says to meet him at the heliport and to bring along your girlfriend. I turn up at the heliport ‘Donald… meet Ivana’. He looks put out. ‘There is more than one Ivana in the whole of America!’

"We fly off to his casino in Atlantic City. It’s a bit like being with a Hollywood version of a mafia boss crossed with Elvis as we go along all the slot machines. There was a slightly unusual crew of associates from Korea.

"We fly back to New York and I write up my story and it gets published. Next day, a letter is biked round from him. I thought it might be an invitation to dinner. ‘Dear Geordie, I thought I was a good judge of character – how wrong I was. When you talk to bankers what did you expect them to say? How can you quote them so unfairly.’ So in 1993 he is effectively accusing me of fake news. Nothing has really changed." 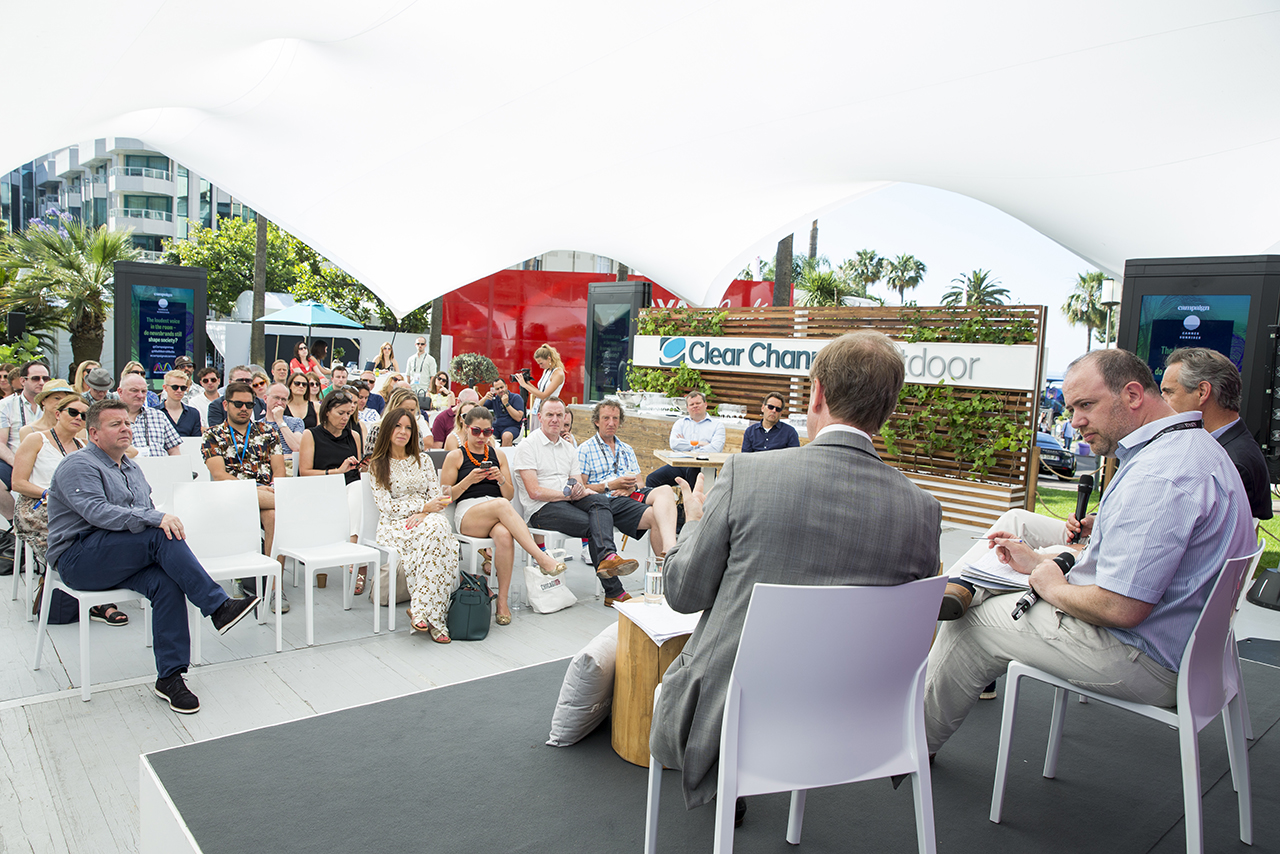