Projections took place in 25 locations, while London Underground signs at Oxford Circus were changed to replace the Tube roundel with the four shapes of the PlayStation controller.

A light show was displayed across the London site for 10 minutes to promote the launch of the PlayStation 5.

The projections, which have been delivered by Amplify, kicked off in California on 12 November. Activations have taken place in 25 locations, including Tokyo, New York, Auckland, Seoul and Dubai.

Images of the PS5 console, its DualSense wireless controller and other PlayStation brand imagery were projected onto buildings and monuments.

In Singapore, the Supertrees at The Gardens by the Bay shone with blue light, featured moving projections and displayed the PlayStation tagline “Play has no limits”.

Earlier this week, Sony PlayStation took over some London Underground sites, most notably Oxford Circus station, and changed the Transport for London roundels to feature the four PlayStation shapes found on its controllers. 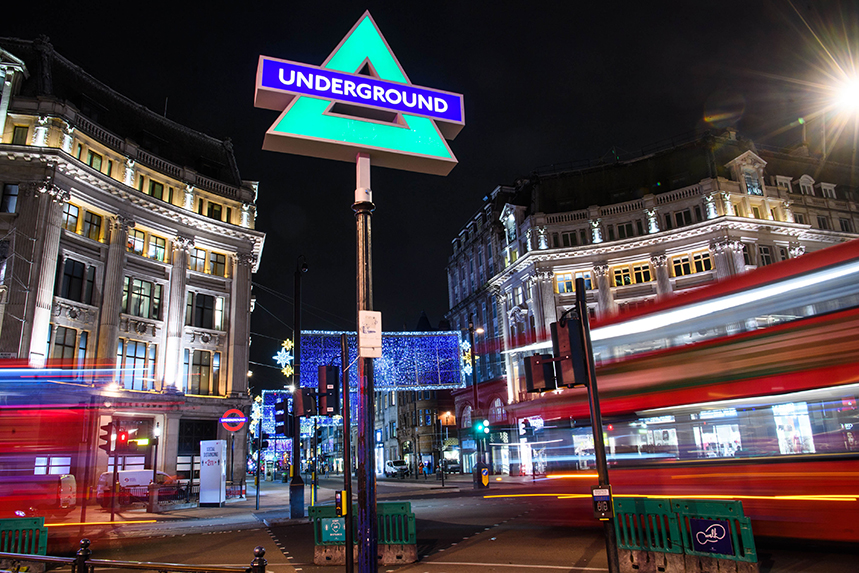 Sony PlayStation has been teasing the launch of the new console for some time, releasing several ads by Adam & Eve/DDB over the past few months.

The first was released in August, following a woman walking through a desolate ice cave.

Four ways to play in the branded gaming ecosystem