Creativity lies at the core of humanity, yet even the most confident creative can struggle with self-doubt. Conquering this is vital if we are to help change the world for the better, writes Southbank Centre artistic director Jude Kelly OBE.

All my life I've been told I'm creative, and sometimes it's felt like a criticism. You can understand. The term "creative type" is almost as derogatory as "luvvie", caricatured as dreamily impractical or neurotically narcissistic. It's a knee-jerk way of undermining the confidence of people who have an urgent sense of what could be possible that's not already tried and tested.

Creative people are thought to be easily bruised, but creativity is an act of audaciousness - a thought or deed that pushes out the expected or commonplace and replaces it with something new but convincing.

Creative thinking has a "walking on high wire" quality - best not to look down until you reach a point of balance. That's why we often refuse to listen to doubting voices in the early stages of hatching ideas. And, despite the notion that creative people have big egos, often the hardest thing is to push yourself to the front and insist that your ideas are powerful and relevant.

The best creativity produces a positive sense of shock and often causes delight or wonder at the originality of the concept and the seeming intellectual or emotional bravery involved in foraging for the new ingredient that changes everything.

But change is scary - a nuisance, even. Creativity destabilises, challenges assumptions and habits, assumes alternative approaches and crashes into comfort zones.

So although it's obvious that humanity would never have evolved unless humans were naturally disposed to ask "What if?" and "How?", being "creative" can be burdensome as well as exhilarating. Even more so if you're a woman.

No one's potential should be suppressed; everyone's imagination must be trained to its fullest.

When I was a young girl, I wanted to be a theatre director. I was given the impression this was a pipe dream. I was encouraged to believe that men were more directly creative and women were useful assistants to them.

I didn't believe it, but had no role models to disprove this view. It didn't stop me becoming a theatre director, producer and artistic director, but it did make me fanatical about a number of things.

First, no one's potential should be suppressed; everyone's imagination must be trained to its fullest.

Second, women have hundreds of years of internalising that the "touch of genius" is a male domain, so I'm eager to support other females to conquer self-doubt, often a more cruel ceiling than the glass one (and it's one of the reasons I created the WOW - Women of the World Festival).

Lastly, if my "tribe" comprises the "creative types", I want to show that we aren't flaky or casual: therefore, the quality of ideas must be matched by the quality of actual work.

In my job at Southbank Centre I'm creating ideas across all art forms and more than 21 acres in the Royal Festival Hall, Hayward Gallery, Queen Elizabeth Hall and the surrounding riverside.

I'm following in the footsteps of those who created The Festival of Britain, a heartfelt, post-World-War-II celebration that used creative endeavour and imagination for the stated purpose of celebrating and maintaining peace.

Southbank Centre thrives on being able to show the many ways that humans create culture. It's intoxicating to see everyone - young, old, rich, poor, every nationality and personality - finding creative ways to express who they are.

Celebrating the lives of ordinary people can be the stuff of creativity in marketing, too, and two recent campaigns satisfied my desire for changing the world for the better.

One was the Dove campaign - astute, apt for all ages and straightforward without being simplistic. The other was the wonderful Channel 4 ad inserted into schedules to coincide with the start of the Sochi Winter Olympics, as an antidote to Putin's strangely over-macho protestations that gay Russians are unnatural. For audaciousness, humour and challenging the status quo, I would like to thank the creative types who dreamed up the "Gay mountain" idea and executed it with such flair and finesse. That's creativity put to great use.

WOW - Women of the World, the annual festival that Jude Kelly founded in 2011, runs from 5-9 March

It's meant to revolutionise the meat market. In truth, it makes cows explode, with films of this happening being posted all over the internet. Calamity ensues.

The four-part series is available on US video-on-demand site Hulu.com. 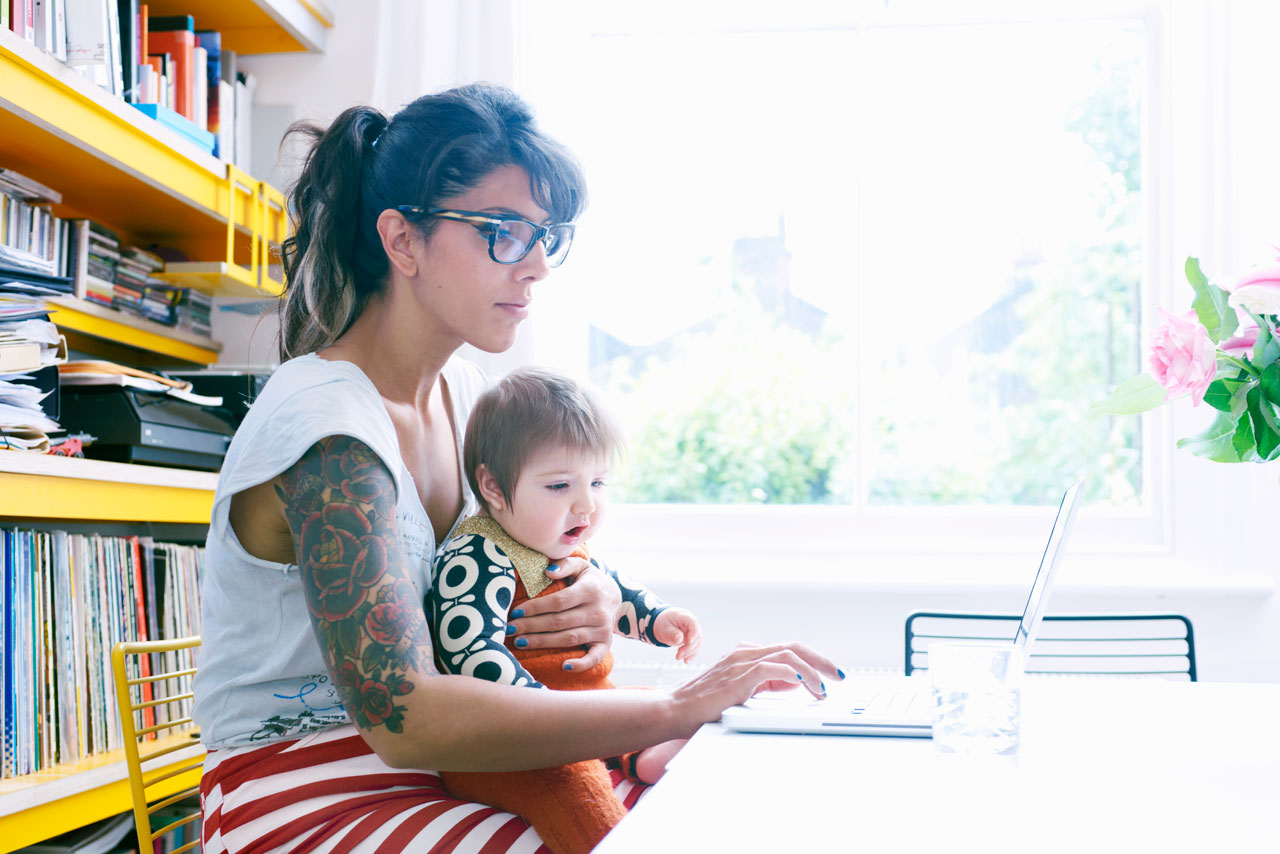 Empowerment is the theme of this initiative, which involves building a library of powerful images of women and girls to counter the cliched stock images of them that exist in the media.

The LeanIn.Org organisation, set up by Facebook chief operating officer Sheryl Sandberg, has partnered Getty Images to curate more than 2500 images of women in contemporary work and life.

Van Zandt is despatched on his mission, by The Wire star Isiah Whitlock Jr, to investigate technologies including Ultra-fast Fibre Optics, which the bumbling agent mistakes for UFOs.

"Gird your loins for what would have been the biggest football-game ad ever," proclaims this blockbuster-style trailer showing storyboard-style images for a non-existent ad.

The "If we made it" campaign also features actress Anna Kendrick's spoof film in which she bemoans the fact that Newcastle Brown Ale had hired her to star in an ad before pulling out due to lack of funds.

In this spot, cabaret act Fred Bear performs a song called Gay Mountain with lyrics including "Be fabulous, be free, we honour our queens, and follow the rainbow which leads to the East" to show support to all athletes at the Sochi Winter Olympics, gay or straight, amid controversy about Russia's record on LGBT rights.

At the end of the ad Channel 4's logo appears in a rainbow-striped pyramid, overlaid with a caption that reads "Born risky".

Patrick: "Jean Paul has mistaken me for this dickhead, Marcus Halberstram, because Marcus does the same thing I do, and he also rocks prison tats. Although I have a slightly better beard."

In this hilarious take on Bret Easton Ellis' American Psycho, from jeansmaker Denham, a bunch of bearded hipsters "one-up" each other over the style and quality of their jeans.

THE CANADIAN INSTITUTE OF DIVERSITY AND INCLUSION

"The Games have always been a little gay," claims a film that shows two men in skintight bodysuits thrusting back and forward against each other at the start of the luge course.

The film sticks two fingers up to Russia's anti-gay laws, which fell under the media spotlight during the Winter Olympics in Sochi, and asks viewers to "fight" to keep the Olympics "a little gay".

Documentary-maker Cynthia Wade shot a seven-minute short showing girls and their mothers in western Massachusetts as they "create a new type of selfie that celebrates their unique beauty".

The film was made for the 2014 Sundance Film Festival and is part of the Dove "Campaign for real beauty".

Hamlet's most-quoted soliloquy has been reimagined in physical form as part of Puma fragrances' Dance Dictionary, an app for teenagers to send coded messages to one another in the form of dance moves.

Freestylers Storyboard, King Charles, Pac Man, and Worm worked with LA choreographer Super Dave to take the immortal lines from the "nunnery" scene and transform them into a visual language.

Doritos' competition inviting the public to create an ad gave rise to this gem. The execution, featuring a boy called Jimmy and his Dorito-fuelled "time machine", allegedly cost just $200 and took only eight hours to make.

Swedes waiting for a bus in Uppsala are treated to free Coke, an image of a bright summer meadow superimposed on the bus shelter and the sound of birdsong, in an attempt to warm them, figuratively, during the winter.

A video showing the commuters' reaction to the stunt tells viewers: "We put a special Coke machine at a bus stop in a Swedish city. To share a moment of summer."

Viewers of this Heineken ad may watch it and say, "That's not the same man." And they'd be right - at least, partly.

From rope-climbers to tap dancers, rail-sliders to lady-throwers and divers, the men in this campaign are all unique - apart from their beards.

'Women must step up - and realise that everyone is scared'

Rankin on advertising, nudity and making his son proud