'This girl can' has inspired millions of women to get active, but Sport England says society can still be judgmental.

Sport England is marking five years of its much-lauded "This girl can" campaign with a push for 2020 highlighting the persistent barriers that keep women from getting active.

The latest initiative brings back women who starred in past "This girl can" ads, as well as introducing some new faces. Whereas previous chapters covered the emotional and practical hurdles to physical activity, this year’s instalment spotlights the societal barriers that continue to prevent many women from feeling like they can join in.

The focus of the campaign is still about celebrating women of all shapes, sizes, abilities and backgrounds, but this time it covers topics from menopause and support networks to disability and LGBT+ inclusion.

A TV ad, set to Offence by British rapper Little Simz, calls for an end to women feeling judged, defined by society or told what to do. With lyrics such as "You’re not listening", the song brings "a sense of urgency and impatience" to the effort, according to Kate Dale, campaign lead for "This girl can" at Sport England.

"In these polarising times, it can sometimes feel like society is even more judgmental," Dale said. "It’s about the freedom to know what’s best for you, stepping back and saying: ‘Let us be.'"

Created by FCB Inferno, the spot will launch on 17 January and be supported by out-of-home, digital and social media executions. It was written by Sarah Lefkowith, art directed by Nicole Chen and directed by Ali Kurr through Partizan.

The women featured in the campaign include Kirsti, a mother of three who plays netball regularly, and Hannah, who uses exercise to better manage menstrual pain.

Sport England is also partnering local authorities, organisations and community groups to develop fitness programmes for women and it is launching a community fund to help applicants set up activities.

The target audience for "This girl can" is broad, with media buying focused on 20- to 60-year-old women. But the campaign aims to reach "women who did not enjoy PE at school, or think sport and exercise aren’t for them, and show them they can at whatever stage of life", Dale explained.

In the past five years, "This girl can" has inspired and supported nearly three million women to get more active, according to Sport England’s research. Sport England measures this through national tracking surveys of both women and men – this was how it first identified the gender gap in fitness.

Over the next year, Sport England aims to inspire 250,000 more women to become "sufficiently active", which it defines as doing 150 minutes of physical activity per week. That time could include walking or other forms of everyday activity that could "be done in your living room", Dale said.

One woman who returned to star in this year’s campaign is a runner who previously appeared in an ad that read: "I jiggle, therefore I am." Running has brought her a newfound sense of confidence and she will take part in the London marathon this year, Dale said. 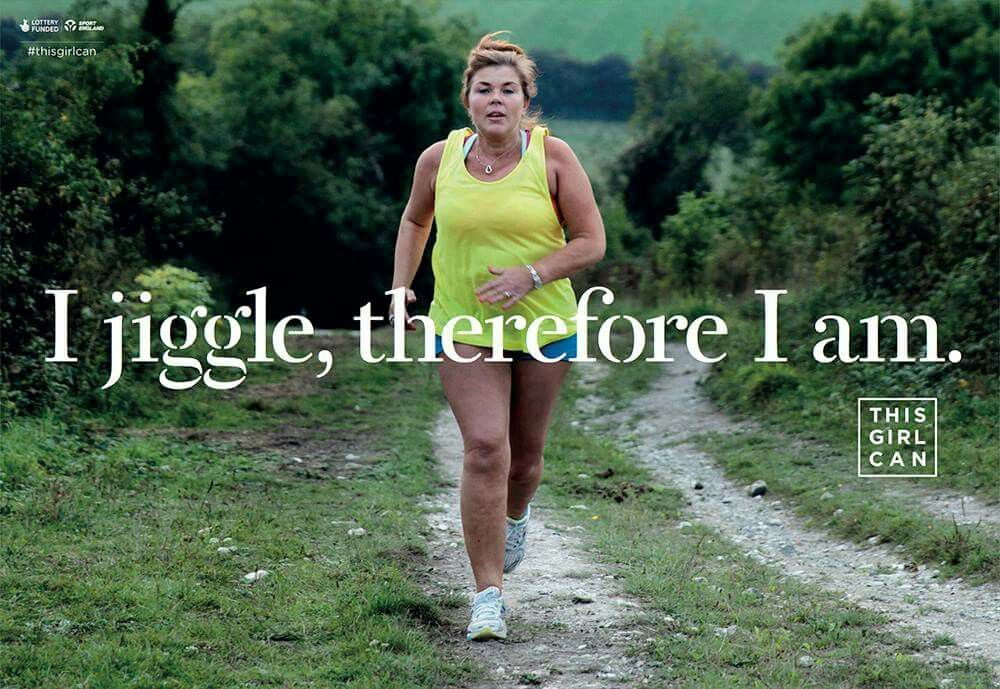 However, that same woman recently recalled meeting someone else in her running group who apologised for being too slow.

"[Some women] still have the feeling they’re not good enough to exercise," Dale said. "When we launched, we talked about liberating women from fear of judgment. But the fact that we’re still having to have these conversations around body positivity shows it’s still an issue."

Sport England: 'This girl can' is more vital than ever in age of Instagram influencers