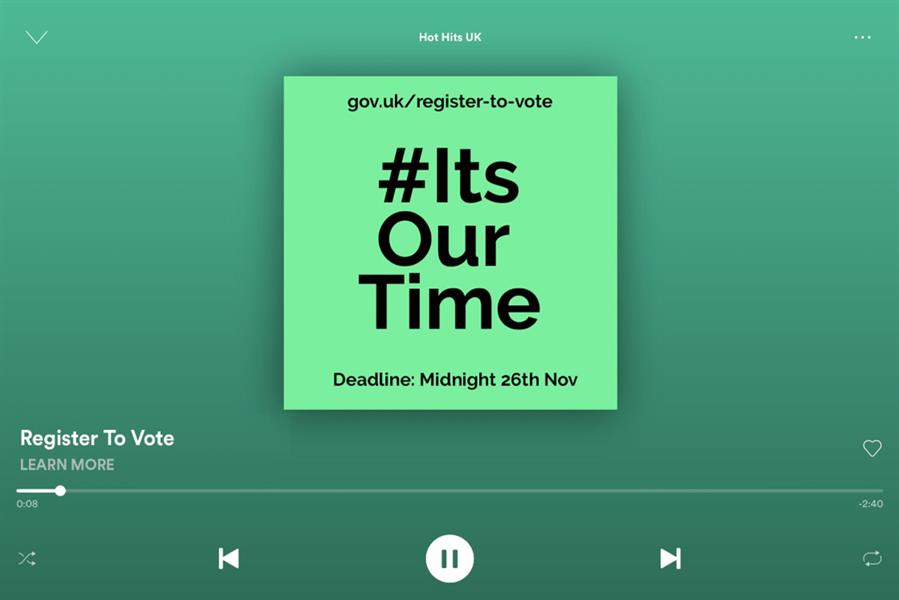 Spotify launched a call to arms encouraging listeners to register to vote ahead of the general election on 12 December.

"Listen, most tracks on this playlist are about three minutes, that’s the same amount of time it takes to register to vote," the ad begins on the streaming service's free version.

Highlighting the need to vote as "the only way to get your voice heard in the election," the audio encourages listeners to register online, ending with the line, "whatever the next track is, make it count".

The work was created by Charlie Ditchfield and Connor Stephen through Prodigious.

Twitter will not suspend Tories for posing as neutral fact-checkers

Spotify "Listen like you used to" by Who Wot Why

Spotify "Listen like you used to" by Who Wot Why