ITV and Goodstuff, meanwhile, won the Grand Prix for the best overall media campaign for the second year running.

Spotify was crowned Sales Team of the Year at the 2020 Media Week Awards, while ITV and Goodstuff Communications won the Grand Prix for the second year in a row.

ITV and Goodstuff’s "Britain get talking" campaign featured prominently in many of the award categories this year, having also picked up two golds, a silver and a bronze in the individual categories.

Spotify won the coveted Sales Team of the Year award after impressing the judges with significant growth in ad sales revenue in the UK & Ireland. The music and podcast streaming giant triumphed ahead of a fiercely competitive shortlist, which included Channel 4, ITV, Mail Metro Media, Reach Solutions and Twitter.

During the pandemic, Spotify refocused its in-person events strategy to launch a virtual LoveAudio series, educating new and existing clients on the power of audio. 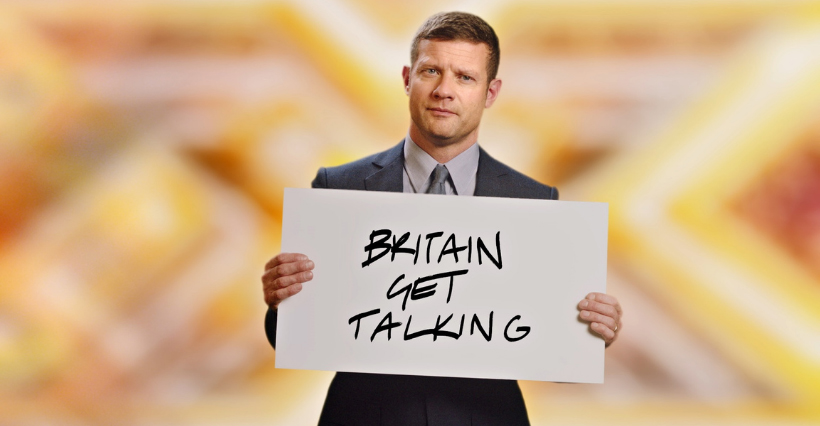 Meanwhile, the ITV "Britain get talking" campaign stood out for the judges due to its impressive thinking, clever execution and powerful cut-through. During the final of Britain’s Got Talent, presenters Ant and Dec paused the show for a minute of silence, asking people to reconnect with their family instead.

This was followed by the UK’s first silent ad break, with ITV Commercial and five different brands working to promote the message, with their own specially created silent ads. Stars of ITV programmes invited people to tune back in to their friends and family, while TV talent and shows also paused their social, so viewers could focus on their own stories instead.

The Ozone Project, a collaboration between the UK’s biggest publishers, including News UK, The Guardian, Telegraph Media Group and Reach, was awarded Media Brand of the Year. The project has delivered broadcast scale audiences, expanded its trusted, brand-safe alliance and created a single point of access to the UK’s biggest pool of first-party premium publisher inventory and data. Judges said it was an example of "a brilliant collaboration – creating an answer to the industry challenges", and that it stood for "an important move in the publisher industry and a way to offer advertisers alternatives".

PHD and Goodstuff were among the big media agency winners this year, picking up three golds each. Omnicom’s PHD won two for its “24 Hours in A&E” work for the British Heart Foundation and one that recognised its use of media to drive business for entertainment giant Warner Bros. Indie agency Goodstuff won two golds for “Britain get talking” and one for its long-term strategy work for Yorkshire Tea.

Due to social-distancing measures, this year's winners were announced in a digital ceremony, which took place over two days and was presented by Gemma Cairney, the radio broadcaster. This evening's session followed yesterday’s triumph for Zenith (Agency of the Year) and its chief executive Natalie Cummins (Media Leader of the Year).

Each category is judged by senior leaders and rising stars from across the UK commercial media industry as Campaign invited all the winners of this year's Media Week 30 Under 30 talent contest to be judges.

This year’s awards also included four new categories to recognise the important commercial media activity that has been undertaken for the Covid-19 pandemic. Half of the proceeds from those categories will be donated to help support a cause related to the pandemic and in total Campaign has raised more than £11,000 in donations.

The judging panel was co-chaired by Kate Waters, director of client strategy and planning at ITV, and Matt Adams, global managing director of Brainlabs.

In her introduction to the awards ceremony, Waters described the year-long judging period (which runs from July 2019-June 2020) as nine months of amazing growth stories preceding a much more challenging period when the pandemic hit. “We’ve seen some fantastic stories about how people have really responded to [the crisis] and come up with incredibly creative and interesting solutions and shown incredible strategic and corporate resilience,” she said.

Adams added: “Everyone’s been dealt with a blow that no-one could have seen coming.... To win an award this year for Media Week is more impactful, can be more binding and can create a greater sense of togetherness and celebration – albeit remotely – than anyone could have thought in the years gone by. As judges, we took that responsibility incredibly seriously.”

To see the winning entries that were announced today, including all gold, silver and bronze awards, visit campaignlive.co.uk/mediaweekawards

Zenith wins Agency of the Year at 2020 Media Week Awards

Entering awards is good for morale and our industry