Public Health England, the newly-created executive body of the Department of Health (DH), has released its first marketing strategy. 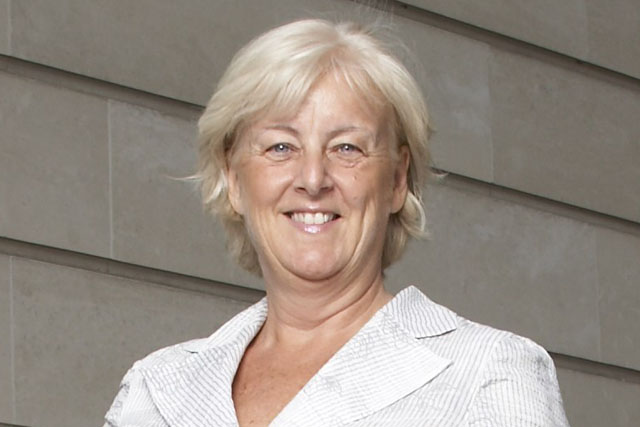 Sheila Mitchell (left), now the body's marketing director, spoke to Marketing about the effect of PHE on her work and some of the key points of the strategy.

How does your shift from the Department of Health into PHE affect you, your team and your ability to run campaigns?

From the marketing perspective there are two big reasons that this is the right place for the marketing function. Firstly, it’s all about the science and the evidence. A lot of the function of PHE is about what works and what doesn’t work so now we’re much closer to the science and evidence base and I will get pushed to be absolutely more scientific than we’ve been in the past.

The other big area is that PHE will work very closely with local authorities who take on responsibility for public health. So PHE will be the national body but it will work continuously to support the local agenda. We’re now much more in the infrastructure for making that national to local activity actually happen because we’re all part of one management chain now.

You can see the shift out of a communications world into a health programme world.

What has been the impact of the changes on your marketing budget?

The budget is as it was before we moved into Public Health England; we’ve moved over with what we had last year. This is an interim marketing strategy as the new organisation has got to get underway. It’s £54m for this year and the challenge will be thinking about what it needs to be 14/15.

The emphasis on working with brands is a constant throughout the marketing strategy, was this deliberate?

Yes. We call it Movement for Healthy. It’s the same principles that we always work to that we kick-started with Change4Life. We created a platform and an agenda and gave it to other people to amplify. I really wanted to reiterate our commitment to working with the commercial sector. Duncan Selbie [PHE chief executive] wanted to stress that he is absolutely committed to working with the commercial sector because everybody recognises that they uniquely have channels that we have to access. The supermarket chains and retail pharmacies are part of people’s everyday lives.

Why have you decided to try and create a potentially controversial Change4Life kitemark?

I’ll go back to the start of Change4Life. I was slightly under pressure to [create a kite-mark] and I guess I resisted it because we were trying to establish Change4Life as an authoritative brand. We were pretty purist about it, we were very cautious about doing any product endorsement at that point because we were trying to get a clean brand launch. Then we loosened ourselves up and developed the retail guidance that was done pretty carefully with charities, academics and the commercial sector. There seemed to be a safe territory where we could do things at point of sale and foods that you could use Change4Life endorsement for.

In the past two years things have moved on. The commercial sector have been very involved in the government’s Responsibility Deal and making major commitment there and also they’ve been increasingly supportive on lots of work we’ve been doing.

So I think what we’re saying is, let’s look again at the retail guidance, let’s look at what the right kind of kitemark would be that could add value to manufacturers and service providers and retailers, but we’re always going to work very closely with the policy-side and academics so that any endorsement takes account of all the nutritional guidance that’s there.

What is the time frame for the kitemark's roll-out?

Our first deliverable will be a change in the retail guidance which we would have put through consumer research. Hopefully, we can put that through over the summer and come back in autumn with a viewpoint. We’ve got to work this one through, it’s sensitive.

Another key part of the strategy appears to be the ‘always on’ idea.

It’s come from the fact that you can wake up any day and decide to quit smoking or decide that you want to adopt a healthier lifestyle. Because we used to plan things around campaign bursts you would have had to wait for the next smoking campaign to come along.

Where are you now with your youth-marketing strategy? The document mentions a pilot YouTube show tackling risky behaviours can you elaborate on this?

This year has been about testing things in the digital space to see if we can engage young people – 11, 12 and 13-year-olds - and facilitate conversations and myth-busting. If that’s been done with people who they relate to then that’s more powerful than us running ad campaigns saying don’t have sex or smoke.

The 4:01 show is an 8-10 minute slot once a week and we’ve got two super cool young presenters who talk about what’s happening in the soaps, music and popular culture but running through this are various strands like what makes a good girlfriend or boyfriend to start to get into sexual health issues.

We’ve had something like 10,000 subscribers and 850,000 views over the ten-parter. We’re trying to embed our messaging, but not in a heavy-handed way, and get kids to talk about these things themselves.

When will you start to work with brands on youth marketing?

This is the year where we need to step that up. Last year was about getting engagement and finding out the kind of content that young people are interested in talking about. Now what we need to do is start to take this to some of the brands that they trust and get them to deliver out our content to their audiences.

How has the recent Government Procurement Service agency roster shake-up affected your work?

There’s no short-term effect because we did a lot of pitching last year so a lot of their contracts are for three years, so there’s no immediate impact on our supplier base but when we come to repitch we will use the government rosters. In the short-term, we have to repitch Change4Life, [currently with M&C Saatchi] because the contract for that is up and we have to repitch our partnership work [currently with 23Red] as well, both of which will be over the summer. We will use the Government Procurement Service roster for those pitches.

Tesco and Mars sign up to latest wave of Responsibility Deal