Real-time marketing like the "Brad is single" work that went viral can propel a brand, writes the vice president, marketing at airline Norwegian.

Real-time marketing is a concept that is here to stay. Being a fleet footed brand and reacting to the day’s events is easier said than done given the challenges of balancing risk with reward.

But it’s more than just a concept. At Norwegian we have successfully put it into practice and I want to explain how simplicity can be the best ingredient for an ad going viral.

Last week, a captivating story took the international media by storm – the breakup of one of celebrities’ royal couples, Brad Pitt and Angelina Jolie. 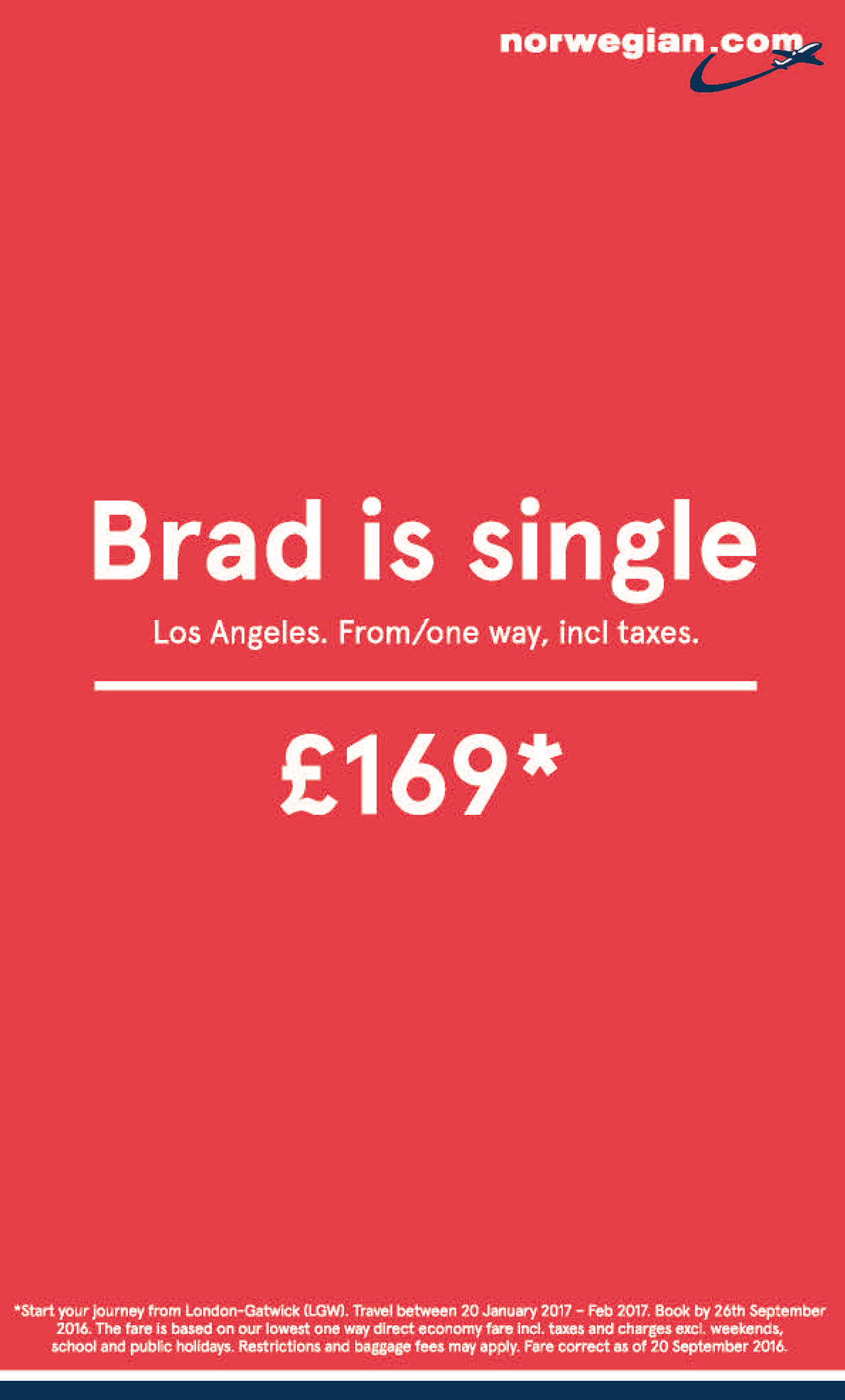 This is where we quickly saw an opportunity to carefully promote our low fares to Los Angeles by mirroring the conversations taking place in the coffee shops, offices and living rooms around the world.

With so many brands jostling to be front of consumers’ minds in an age of constant information, it’s more difficult than ever to market a proposition that inspires and captures attention through a great product and service alone.

It takes more, and as a fast growing airline building brand presence in new markets, we apply a challenger brand mentality to the way we market ourselves, highlighting, Norwegian’s character, charm and uniqueness.

Real-time marketing presented us with an opportunity to quickly demonstrate our brand personality so we developed a playful ad – with the simple caption "Brad is single". We then strategically chose media outlets across Scandinavia, Spain and the UK to place the ad in order to generate maximum impact to allow us to become part of the conversation.

As a result, the public received the ad with the humour it was intended and it has now gone viral. But with high profile stories, it takes due diligence.