People are watching linear TV for longer this year, but streaming services have grown faster amid the pandemic.

People are spending more time watching TV on streaming services than traditional "linear" broadcast programming, Samsung has revealed in a survey of its UK customer base.

Samsung Ads’ Behind the Screens report shows streaming time jumped from 54% in January to 59% in June, moving ahead of linear (46% in January and 41% in June).

This is despite television watching time increasing both for streaming and linear services, but streaming popularity has grown more rapidly (up 36% compared with a rise of 11% for linear). 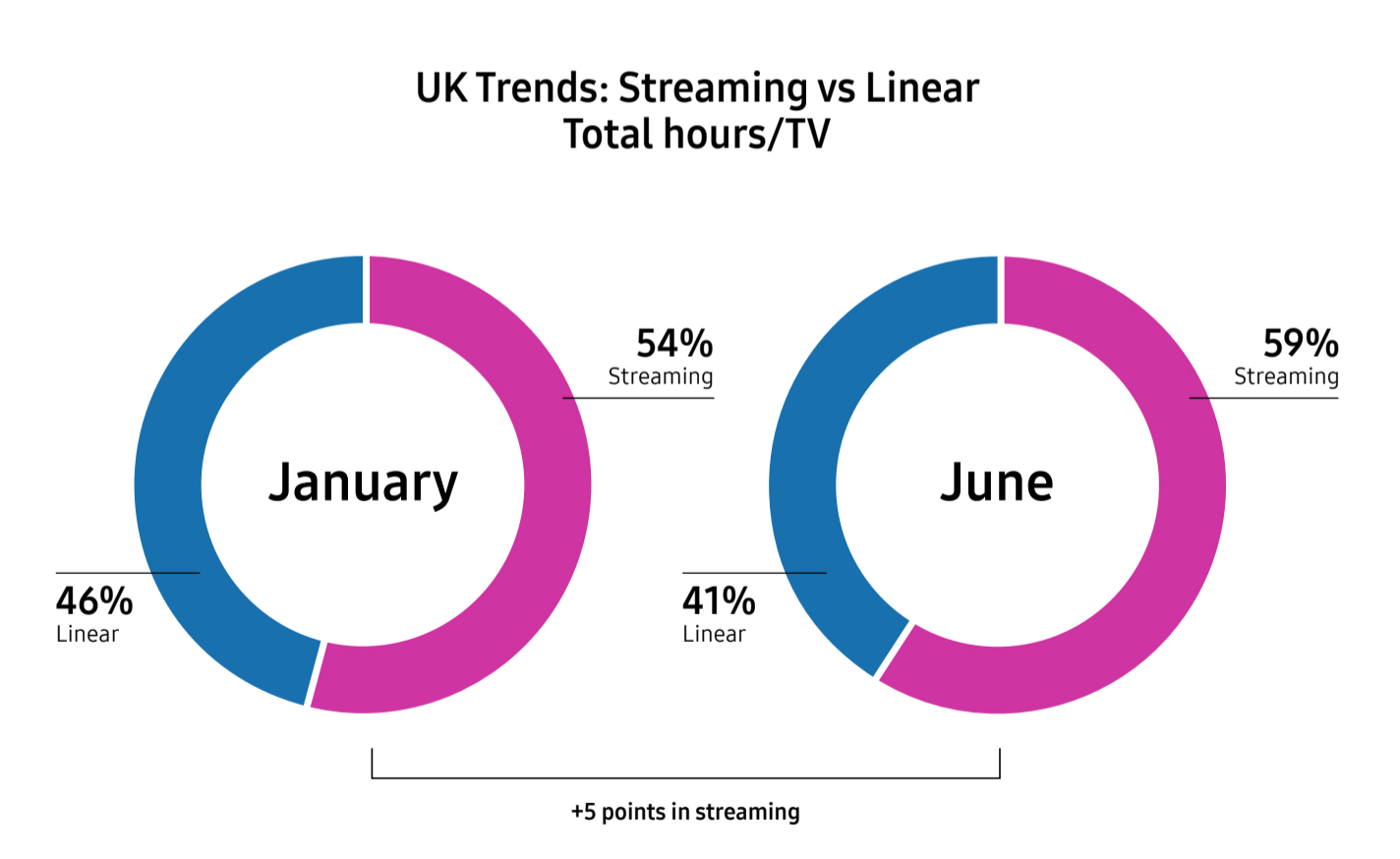 On average, people in the UK were, as of June, streaming content for 43 minutes per day longer than linear TV. The UK leads Europe in this respect, with 59% of our TV time dedicated to streaming compared with 55% in France and 52% in Spain.

While the vast majority of UK viewers (72%) still watch both linear and OTT, there is a growing percentage (14%) of viewers that are “streamers only”, the report added. 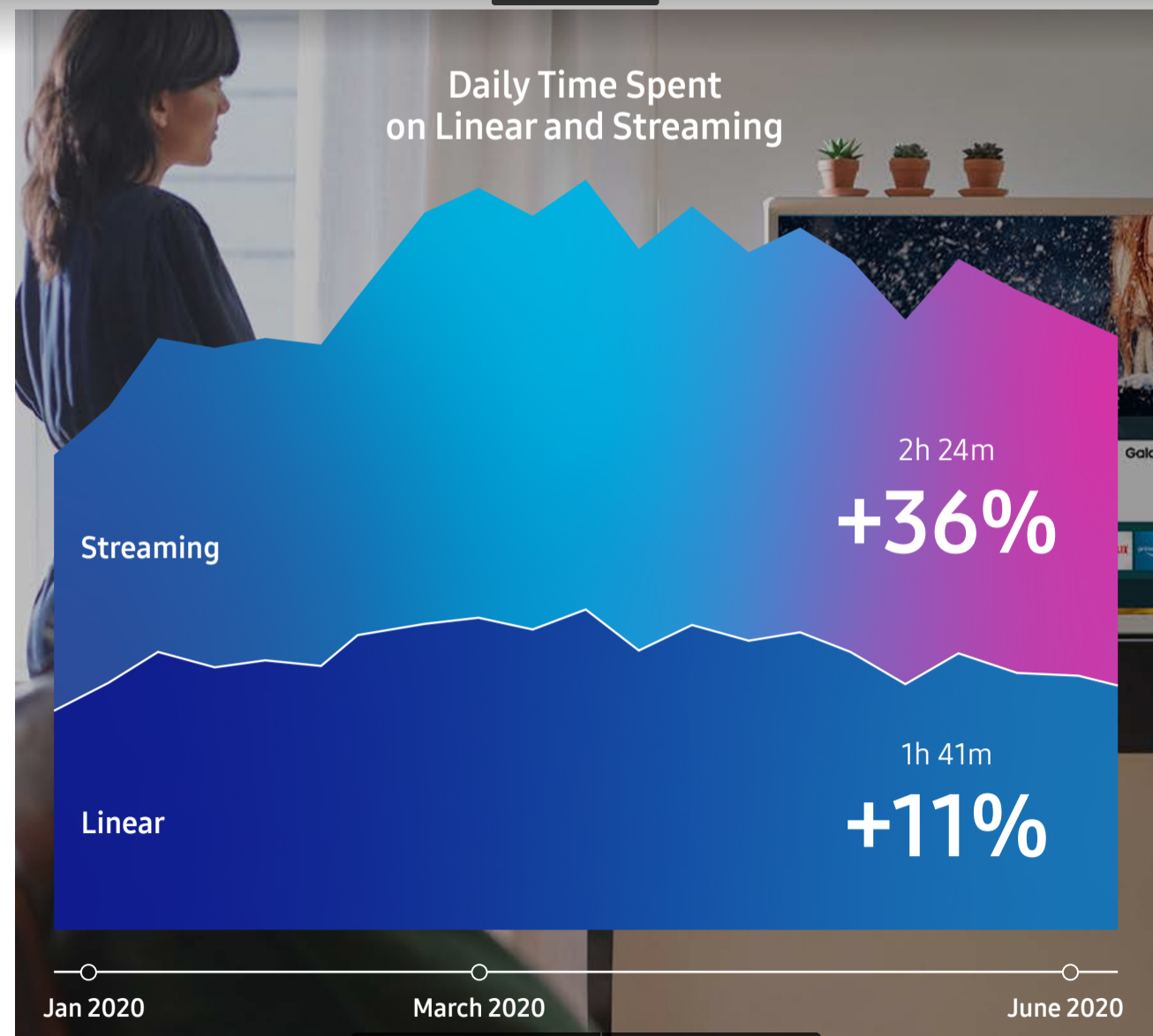 The findings tally with Ofcom's latest Media Nations report, which revealed how the Covid-19 lockdown had "prompted a surge in TV viewing that amplified the shift from broadcast to on-demand".

Alex Hole, vice-president of Samsung Ads Europe, said: “The ongoing growth of streaming consumption is a significant trend for advertisers to be aware of. Streaming is no longer just an emerging behaviour, but rather a central viewership method. As such, advertisers need to adjust strategies to reach all TV viewers as they consume a wider selection of content from both linear and OTT sources. Viewers are still showing up to linear TV, but advertisers should consider avoiding over-exposure to this audience to the detriment of reaching the rapidly growing streamer audience base.

“A media plan that understands the importance of targeted advertising across the connected TV environment is pivotal for advertisers looking to reach consumers across all their viewership habits. This is heightened as households move seamlessly from linear to VOD services.”

How to get in the game – and why you're missing out