Seventy-seven per cent of people aged 15-34 watch live TV each week, compared with 71% who watch Netflix or other paid video-on-demand services.

Young people in the UK are now almost as likely to watch TV via subscription video-on-demand platforms as on live channels, new data shows.

According to the latest IPA TouchPoints research, 71% of viewers aged 15-34 now watch SVOD platforms each week, up from 63% last year.

If SVODs expand their reach at a similar rate and live TV declines at a comparable pace next year, SVOD will comfortably overtake live TV as the platform of choice for young viewers. 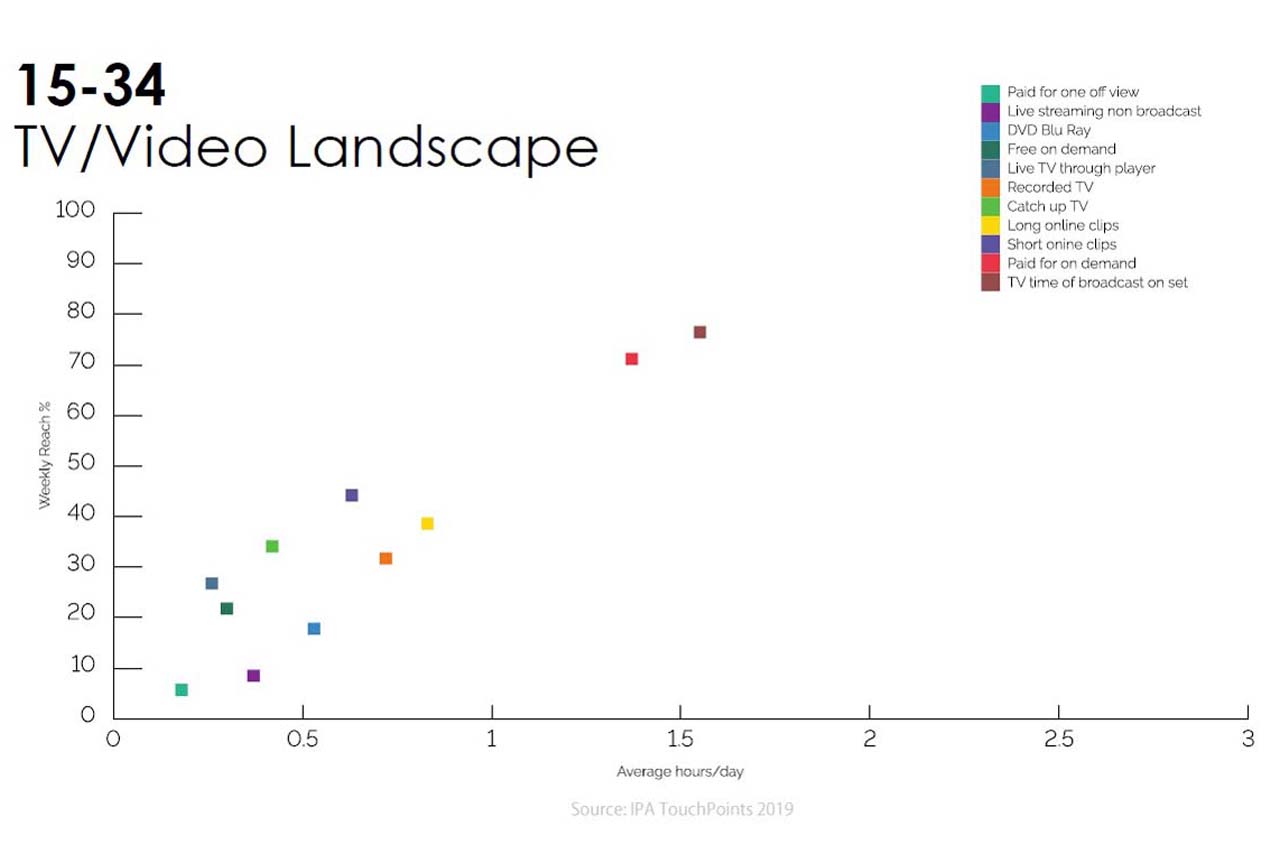 In terms of time spent viewing, SVOD also comes close to live TV for viewers between the ages of 15 and 34, who watch an average of 82 minutes a day of SVOD and 93 minutes of live TV.

Among the population as a whole, BBC One reached 73%, who watched for an average of 67 minutes.

Netflix has also enjoyed a boost among adults as a whole. It now reaches 37% of adults each week, up from 29% last year and 20% two years ago.

Taken as a group, SVOD platforms now reach 45% of adults each week, up from 37% a year ago, but still a long way behind the 88% who watch live TV each week.

The 2019 TouchPoints survey asked a representative sample of about 6,000 adults aged 15 and older to keep a diary of what they did on an hourly basis over a seven-day period between January and April this year. 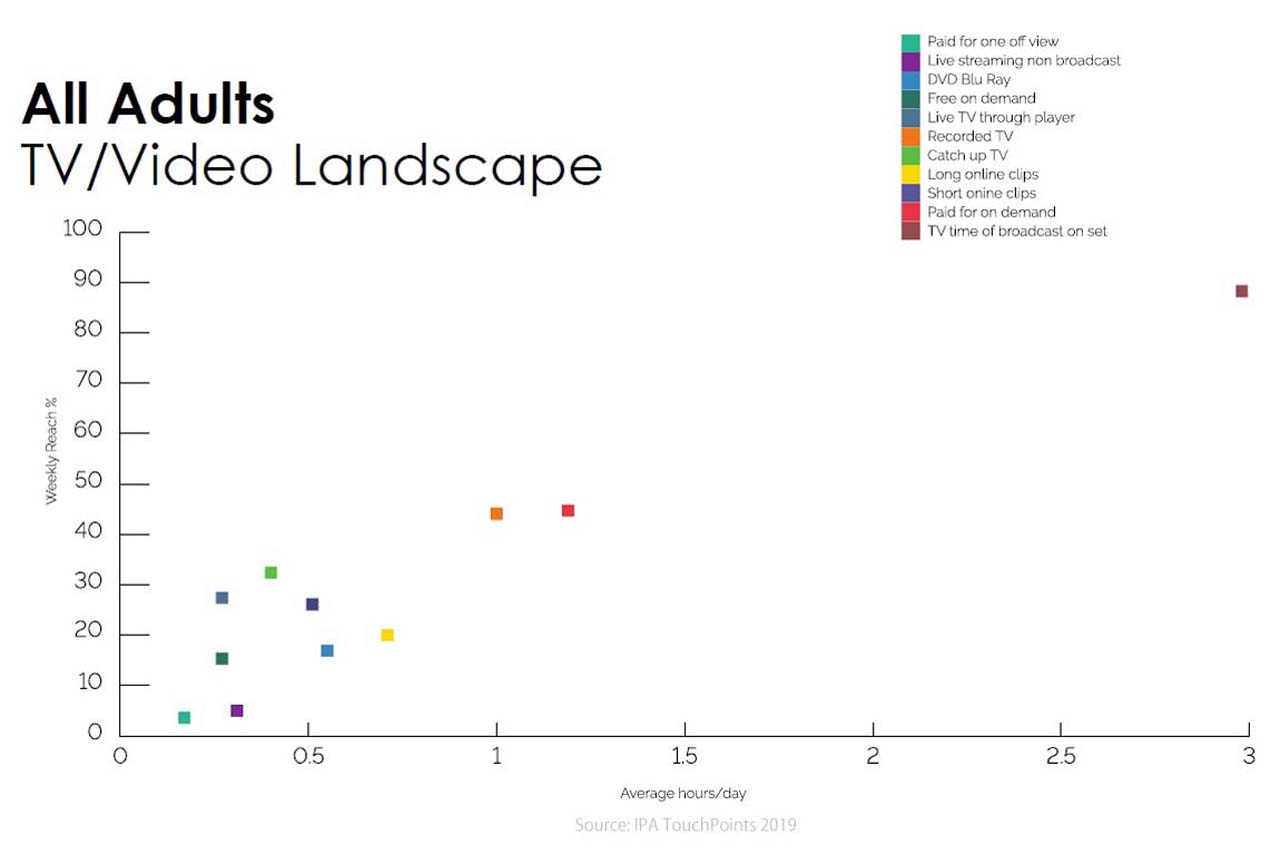 Across all platforms, TV continues to reach 99% of the population (equal to last year), but viewing time is down slightly, from four hours and 19 minutes last year to four hours and 10 minutes.

Belinda Beeftink, research director at the IPA, said: "Looking at the past few years, there is a real sense that we’ve reached a tipping point in how and why we consume media the way we do.

"There is no doubt that subscription-model broadcasters are impacting the way we view, but how long will companies with large production budgets be able to continue with this model if subscriptions level off or decrease? What will be the impact of BritBox, due for launch later this year?

"The implication of all of this for advertisers is that it is more important than ever to understand the media landscape and how it is evolving."

Matt Hill, research and planning director at Thinkbox, said: "Touchpoints is always a really useful snapshot of media consumption. It echoes other recent studies that show the continuing importance of live TV, and how viewing is redistributing across live and on-demand – both broadcaster and SVOD.