"Trailblazing Mail" is where Campaign and Marketreach showcase campaigns that demonstrate the most creative, innovative or effective use of mail, a medium that's providing fresh disruption in an age of screen overload.
Do you have one? Let us know here.

It was a speculative approach that led to an interactive mailer for Subway which has not only been selected as the first winner in the "Trailblazing Mail" series - but has also blazed its own trail for the fast-food restaurant.

“What if we take your Little Book of Big Savings (a physical voucher booklet, distributed by door drop), make it interactive and track all the information?” Gary Howard, chief digital officer at Precision Marketing Group asked Louise Wardle, Subway’s VP, marketing for EMEA, and a contact of his of old.

“And wouldn’t it be great if we could tailor it for your individual franchisees and make it dynamic?”

Wardle agreed - but it sounded expensive. It would be more costly per household reached, Howard acknowledged, but with this partially-addressed mailer that incorporated a QR code to be scanned for additional rewards, “we’d reach the right people rather than all the people.” And get better results.

The direct approach paid off and Precision was given the go-ahead to trial a smart, localised and tailored mailer for 198 stores.

As voucher sales tripled and the average weekly UK sign-up to Subway's rewards app shot up by nearly 200% (compared with digital marketing alone), the trial expanded into a fully-fledged roll-out in 2022, with campaigns in January and September, incorporating 1946 UK Subway stores.

The January mailer had a 5.4% in-store voucher redemption rate and 36% of people who scanned a personalised, trackable QR code to receive a free side order went on to sign up to the Subway rewards app.

The plan is now to repeat the mailing twice a year, reaching 6.5 million letterboxes each time. Further, the aim is to create a "menu mailer" from which customers can order their food directly in advance of collection. 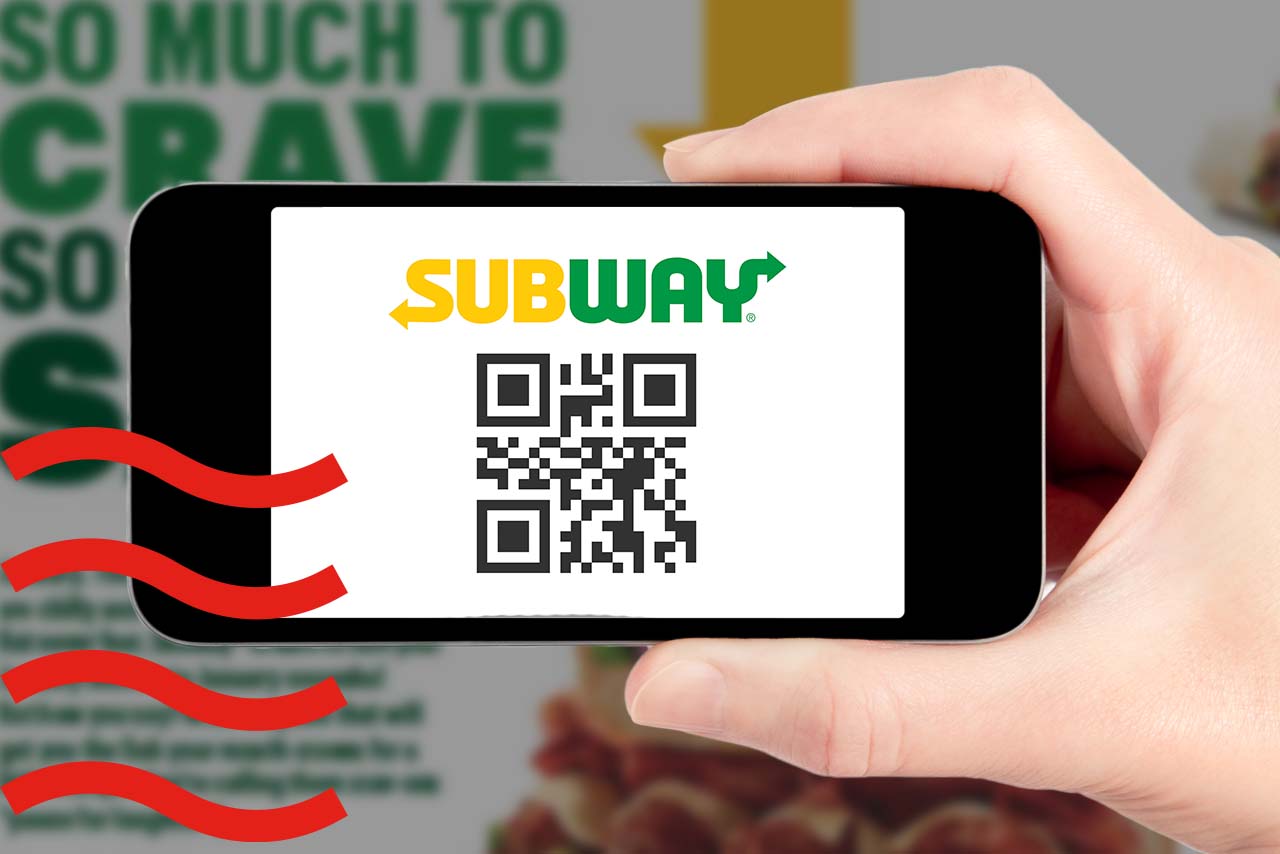 So how did it work?
The partially-addressed mailer to people living within 10-15 minutes walking distance of each store, and fitting a typical Subway customer profile, included content tailored to the local franchisee-operated outlet. Partially-addressed mail is a targeted way to reach new customers without comprehensive data. Instead of mailing named individuals, small groups of households can be targeted, based on their postcodes.

Franchisees could include their name, and a personal message and were able to choose the level of discount they wanted to offer from a drop-down menu in the mailer set-up. So Subway was able to retain the leverage of a national mail campaign but deliver it as a localised one. Each mailer was smart, interactive and trackable, providing real-time reporting.

“We are an organisation made up of local franchise owners and we wanted to enable each [of them] to be able to customise the mailer for their store,” says Calum Johns, Subway’s digital and loyalty marketing manager, UK & Ireland. “We also liked the idea of converting mailers into menus that, in time, and once our mobile platform is ready, will enable consumers to order a meal directly from the mailer and collect from their local store within minutes.”

The possibilities of further personalisation from the data is “part of the learning curve,” says Howard. “We now know which households are Subway fans or, at least, intrigued. That household becomes prime for retargeting from that store. We also have a huge proportion of unnamed targets switch to known advocates through the app sign-up.” 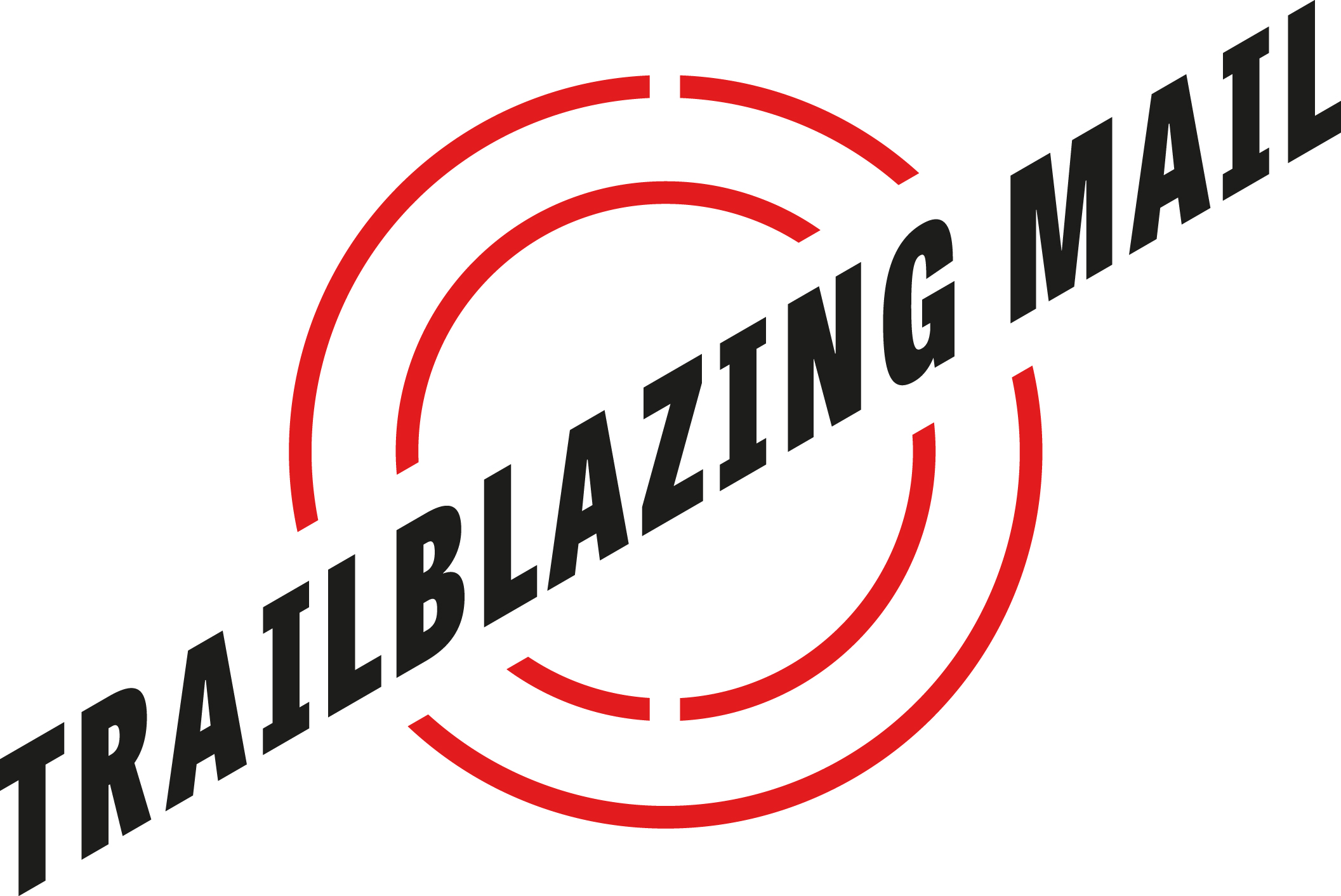 The combination of online data capture and mail - making mail trackable in mass quantities - is what’s “very exciting”, Howard points out. “Mail has long since been regarded as a poor relation. Digital channels command the lion share of an advertising budget. Through this campaign and through the combination of data and technology, we have proven that mail - more importantly, connected mail - has a place alongside digital marketing and should be considered as an essential and cost-effective way to win new customers.”

People like tearing off a voucher and keeping it in their wallet or purse or sharing vouchers, Howard believes. Plus, he says, research points to consumers responding better to multi-media campaigns with multiple touch-points. And the QR code is now associated with value, information and reward. Ultimately, “the letterbox has become a far less crowded channel and DM is more likely to gain cut-through.”

The campaign results "delighted Subway and, Howard adds, are "a perfect opportunity to highlight the importance of mail as a cost-effective mechanc for businesses of all sizes to win new customers and encourage footfall both online and in-store."

Phygital – it’s the latest marketing opportunity. It bridges the gap between physical and digital worlds to deliver an omnichannel experience. And is the holy grail for digitally overloaded audiences. In fact, research from CMO Council & Pitney Bowes shows that 88% of Gen Z prefer brand experiences that combine physical and digital*.

Subway’s cutting edge QR mailing is a powerful example of how to make phygital work to deliver truly exceptional results. By marrying mail’s superpower – its tactility - with the dopamine hit that an online reward gives you, Subway has created a brand experience with serious clout.

What’s more, by using partially-addressed mail, Subway put their mailing into the hands of those most likely to respond. Partially-addressed mail is a highly targeted (in Subway’s case right down to the postcodes of those who were within walking distance of a shop) and cost-effective way to reach and acquire new customers. And, as JICMAIL tracking (the industry-standard audience measurement for direct mail and door drops) shows that 87% restaurant and takeaway Partially-addressed mail is engaged with and 67% is read or looked at, Subway has ensured their highly colourful, engaging mailing will be noticed…and responded to.

Finally, scanning the QR code not only rewards the consumer with a free side order, it also rewards Subway’s marketing team and individual franchise owners with oodles of real time tracking data, allowing them to monitor response with the same granularity of a digital campaign.

Why not enter your work here and tell us why it is “Trailblazing Mail”.

We’re not just looking for beautifully crafted work or earth-shattering results (though please do send us those). We’re also interested in broader criteria.

Perhaps your campaign is an example of brilliant personalisation, targeting, storytelling, integration with digital or breaking the mould in your sector. Perhaps you’re using mail for the first time or for a new purpose that has proved successful - or surprising.

Surprise and delight us. And good luck!
We’ll contact entrants whose work we choose to feature in the “Trailblazing Mail” series.