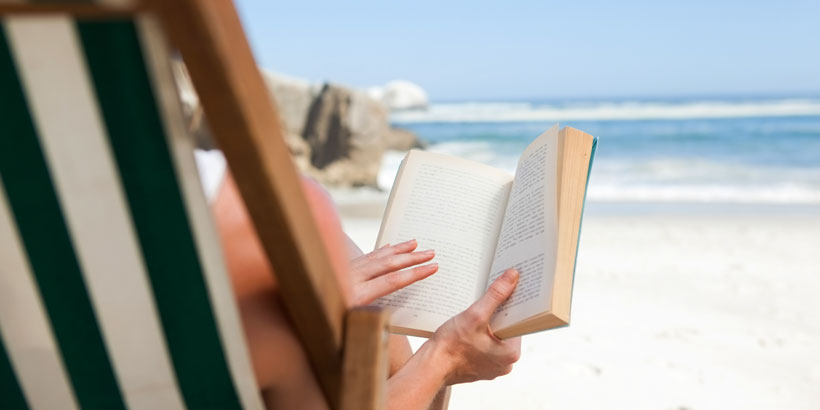 By Adam Morgan and Mark Barden

It gave me a personal philosophy that drives my overarching approach to marketing, has influenced the type of brands I wanted to work for and, in turn, shaped my career.

So, it was with great enthusiasm and some cynicism that I launched into A Beautiful Constraint. Could it add to what had gone before, or would it be the same old theory repackaged and jazzed up for a new generation?

So You’ve Been Publicly Shamed

Do you recall the name Justine Sacco? One of her tweets may be more familiar to you. In December 2013 the PR executive wrote: "Going to Africa. Hope I don’t get AIDS. Just kidding.

I’m white!" as she boarded a plane to Cape Town. By the time she landed, 11 hours later, she was the subject of a worldwide Twitter storm. Sacco is one of the subjects of So You’ve Been Publicly Shamed, journalist and broadcaster Jon Ronson’s new book on "the great renaissance of public shaming".

Culturally game-changing, the message of this book hits hard because it’s about people – their happiness, success and wellbeing. For many, tackling culture within a business is one of the biggest challenges; it takes time and, most importantly, you need to really want it.

This book will make you want to try. The central theme is focused on building a "circle of safety" from within. It’s this circle that protects the people within the company by holding the enemy outside. Within it, relationships and behaviour, based on trust, can survive anything and fight off any enemy.

Any book that leads with the question, "Are you ready to change the world?", and has the equally impressive title Gamechangers, is guaranteed to excite me.

I therefore had rather grand expectations of it. While these weren’t met entirely, it is a useful brand textbook, not least because of the diverse examples of ‘gamechanger’ brands from around the world that are peppered throughout each chapter, from Alibaba in Asia to Ashoka in Canada. Fisk uses these to bring marketing theory to life, and it works.

The ability to reframe things has always been elusive but alluring to me. Like watching someone who can glimpse a jumbled Rubik’s cube and envision it restored to harmony.

I once worked with a ‘reframing’ prodigy – a man who existed in a state of itchily insatiable energy and was able to adapt his vantage point in any scenario to spot lucrative opportunity.

Shut your eyes and think about the world of 2050. Imagine a planet ravaged by natural disasters, epidemics, famines and war.

This is the traditional fodder of environmentalists struggling to persuade us to turn the listing ship that is the Earth, as it sails at speed toward the rocks of climate change.

Now think of a world that has embraced positive change.

One that has stared into the abyss and rewired itself to create a future for our grandchildren that leaves us envious of their lot. This is the world created in this book.

I have always been fascinated by the future. Maybe it’s the diet of low-budget sci-fi TV shows and films I grew up with, but somehow the idea of seeing into the future is something that always grabs my attention.

As a marketing leader in a dynamic, fast-moving, retail business, any assistance in looking ahead and helping us be better prepared for challenges is welcome. So the idea behind this book has great appeal, even if it is less exciting than driving a DeLorean up to 88mph or taking a time-travelling Police Box for a spin...


By Jules Goddard and Tony Eccles

I have a confession to make: generally I hate business books these days.

There are three reasons for this. First, almost without exception, they contain a single idea followed by 300 pages of illustration, repetition and justification. By the time you get to the end, you’ve almost forgotten what it was in the first place.

The second reason I hate business books is the way they’re written: set out your big idea, explore some good, but obscure (preferably digital), examples, examine some case histories of known failure and top with icing of management speak and business-school best practice. Leave to simmer.

Diversity should be more than just a slogan

Is the M&S road to recovery faltering already?