The Sun is trumpeting the delayed return of Uefa Euro 2020 with a TV spot that sees a man, his son, family and friends experiencing the joyous return of the Euros.

Using the slogan "We're all over it", it features presenters and pundits from the station's upcoming live coverage and analysis, including José Mourinho, Stuart Pearce and Trevor Sinclair. 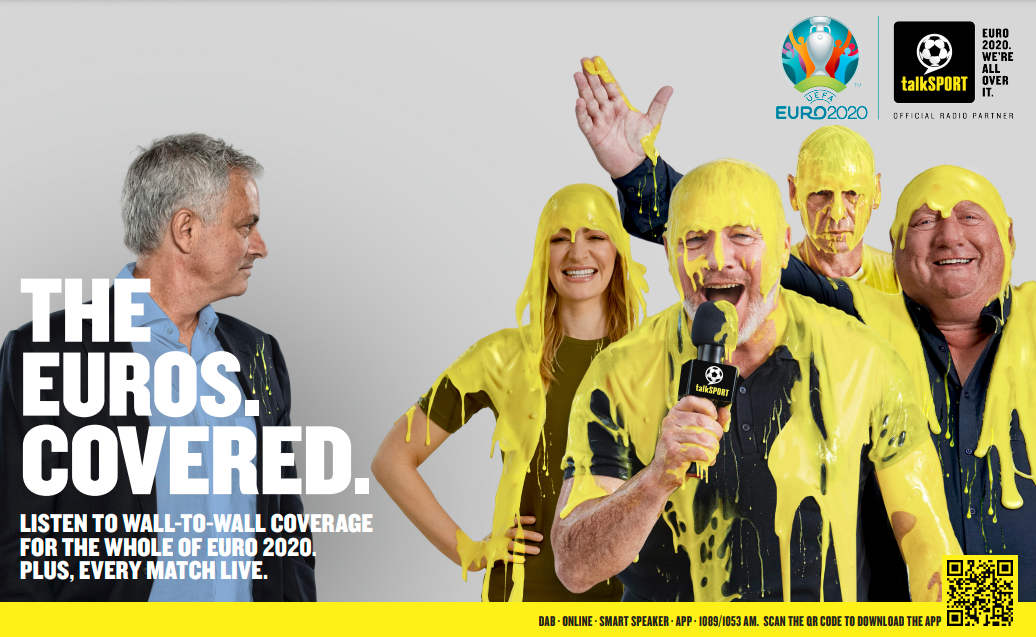 The Sun TV ad opens with a father and son. "Dad?" asks the boy, who's playing football outside while his dad tinkers with a bike.

The man's face goes all dreamy as he apparently recalls past Euros tournaments, before last year's event was postponed due to lockdown, and imagines enjoying this year's event with his family in a series of vignettes.

The action cuts to the son putting up a Sun-branded Euros poster on the fridge; his mother hanging bunting along the garden fence; the entire family sitting in their living room, reacting vocally to a game on the TV; the dad putting up a goal in the garden before playing a game with family and friends; and them all using The Sun's Euros "Dream Team" app on a tablet.

The voiceover adds: "Whether it's your first tournament, or just feels like it, no one does football like The Sun. And 'Eur all invited'."

The 60-second TV ad, and a 30-second execution, went live last night (6 June) during England's friendly against Romania. Further 20-second ads will focus on various aspects of The Sun's products, such as goal pullouts that will feature in the paper every day throughout the tournament, and live blogs, which will run coverage of every game, and big stories surrounding the event.

Other TV executions will run, featuring the same family.

The Sun will also run a series of TV, radio and digital activity fronted by columnist Mourinho.

The creative team were Russell Ramsey, Rob Welch, Ryan Lawson and Andy Smith. The ad was directed by Nick Tree through UNLTD, while media was planned and bought by Pulse Media by m/SIX.

Google partners News UK to bring back The Funday Times

Ladbrokes partners with #WeMakeEvents to light up iconic music venues

Will the GB News channel be a hit with advertisers?