A Haymarket Media survey of more than 700 client-side marcomms execs in the US reveals the shift in power will not significantly affect budgets, though spend is still set to increase in 2017.

The majority of client-side marketers and communicators surveyed by Campaign US, PRWeek, MM&M, and DMN said the election of Donald Trump as president will not have a significant impact on their 2017 budgeting.

Nearly 40 percent of the survey's 700 respondents said they plan to boost their marketing budget in 2017, but only 25.7 percent said the newly installed president was a significant factor in the decision. 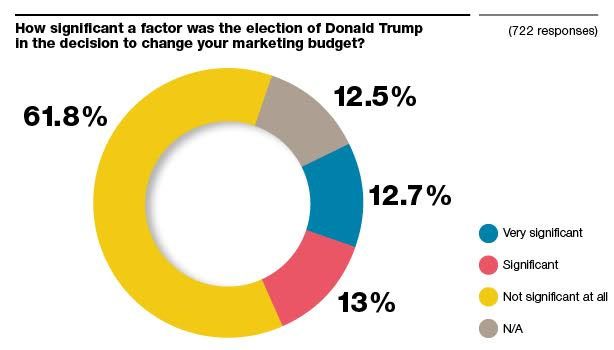 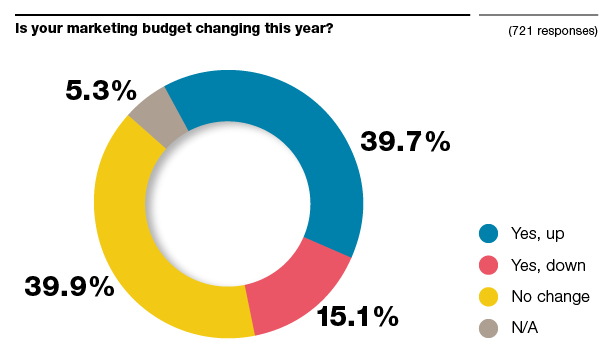 Similarly, almost one in three brand execs (31.6 percent) said they intend to increase their communications budgets this year, but 60.6 percent of respondents say President Trump was not a significant factor in that decision. Only about 22 percent said his election was "significant" or "very significant" from a budgeting point of view. 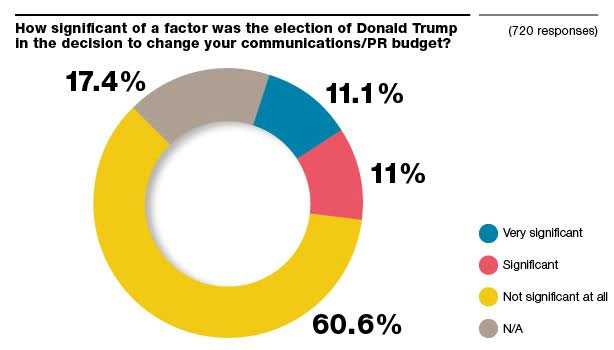 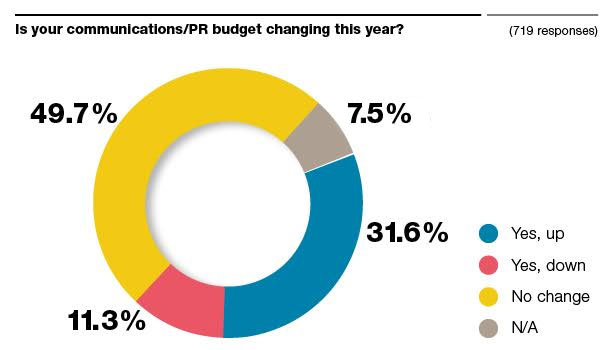 While Trump continues to use Twitter as a blunt instrument to broadcast grievances against corporations he disagrees with, or praise those he approves of, 53.1 percent of respondents said their current crisis response playbook is sufficient to deal with unwanted attention from the president or his team.

A comment left by one respondent said the complex media environment was the real driver in enhancing reputation management speed, not whoever sits in the Oval Office.

"The changing dynamic of media engagement—conflict between traditional media and digital platforms of all political and ideological persuasions—is the real driver behind the necessity for more diligence in monitoring, protecting and preserving one's reputation."

Many comments left by respondents highlighted specific factors for their business or industry sector. One person said their biggest concern centered around net neutrality, not Trump.

Another noted how "the American manufacturing industry seems to be ramping up."

"Trump’s plan to reduce corporate income taxes and give incentives to companies to bring foreign profits back into the USA will have a substantial positive effect on our business and marketing efforts."

Still, the new president’s raw take on organizations raises concerns for some executives—17.5 percent of respondents said they have made special preparations to protect brand or corporate reputation in the event of unwanted publicity. 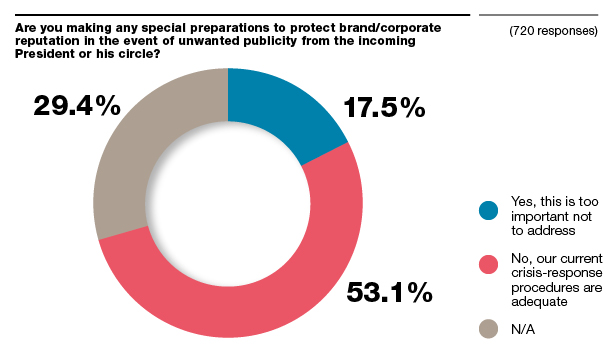 For example, CNN reports some West Coast tech companies and their PR partners are scheduling for people to be up at 3 a.m. local time to react to a possible Trump tweet. One respondent named monitoring as their biggest change, having updated monitoring terms to include "Trump" and other public policy terms relevant to their business.

Another survey respondent said they canceled a major expansion of their TV studio as a result of the election: "PR is tied very closely to the economy, and Trump makes everything unstable."

Another respondent said: "We are basically in crisis management mode already because of the erratic behavior of the Trump administration."

A total of 727 respondents participated in the online survey, which was carried out between Jan. 21 and Jan. 25, 2017. The sample included marketing and communications leaders from the latest Fortune 1000 list.

PRWeek, Campaign US, MM&M, and DMN are owned by Haymarket Media Group.