Businesses that make false or misleading claims about their green credentials have until the end of the year to clean up their act or face an investigation by the competition watchdog.

The Competition and Markets Authority (CMA) has published a Green Claims Code and warned it is launching a sweeping review of misleading green claims – online and offline, such as those made in-store or on packaging – at the start of 2022.

The move follows CMA research earlier this year that found 40% of green claims made online could be misleading. In recent years, companies including Ryanair, BMW and Shell have been called out by the Advertising Standards Authority.

The CMA will prioritise which sectors to review over the next few months. It said it would focus on industries where consumers are most concerned about greenwashing – such as textiles and fashion, travel and transport, and FMCG (with food and beverages, beauty products and cleaning products among the categories in the firing line).

The CMA said that any sector where it finds significant concerns could become a priority, and it may take action ahead of the formal review where there is clear evidence of consumer law breaches.

“More people than ever are considering the environmental impact of a product before parting with their hard-earned money. We’re concerned that too many businesses are falsely taking credit for being green, while genuinely eco-friendly firms don’t get the recognition they deserve,” CMA chief executive Andrea Coscelli said.

“Any business that fails to comply with the law risks damaging its reputation with customers and could face action from the CMA.” 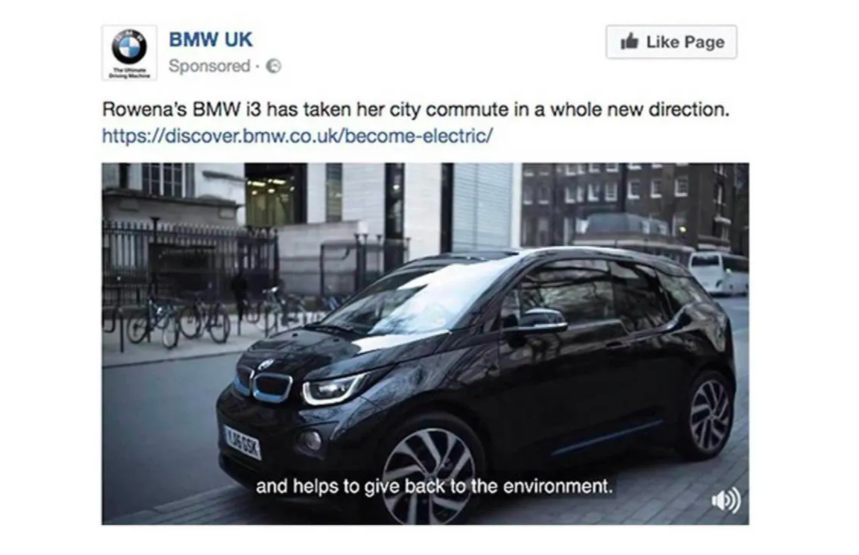 In 2017, the ASA ruled that this BMW Facebook ad was misleading to consumers about its zero emissions claims.

The leader of Don’t Cry Wolf, a creative communications and brand activist agency, told Campaign it is about time competition watchdogs clamped down on "greenwashing".

“We know the British public has had the wool pulled over its eyes,” its chief executive John Brown said. “The Public Relations and Communications Association’s Misinformation in Climate Crisis group found that over half of the public had been misled when it came to the climate crisis.

“So, the CMA shining a spotlight on sustainability bullshit is absolutely critical. While of course the spotlight will be directed towards industries such as fashion and food and drink, it's imperative it also looks at energy, aviation and other big businesses.”

Brown would like to see authorities stamp out opaque offsetting schemes and ditch meaningless Kitemarks and packaging claims.

“Doing so will enable those that are genuine to act fearlessly and lead the way, while those that have just been 'playing green' head back to the boardroom to look in the mirror,” he added.

The Green Claims Code, which the CMA launched this week and ahead of COP26, is based on six principles. Claims must be truthful and accurate; clear and unambiguous; substantiated; and consider the full life cycle of the product or service. Claims must also not omit or obscure important relevant information, and comparisons must be fair and meaningful.

“The competition regulator’s new code will help to ensure this with advice on how best to communicate and understand environmental claims,” said Greg Hands, the minister of state for energy and clean growth.

“Government is also currently reviewing green energy tariffs to ensure consumers can be confident they are choosing companies that make a conscious choice to invest in renewable energy.”

Read next: Advertising trade bodies to industry: get to net zero cardon by 2030

Half of marketers fear 'greenwashing', majority say brands do it for 'commercial' reasons