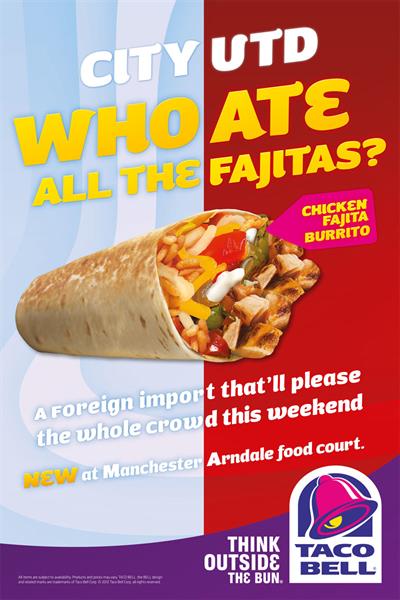 The fast-food chain Taco Bell has launched a campaign for a new restaurant at Manchester's Arndale Centre.

As the city's footballing rivals prepared to face each other in an FA Cup third-round tie, Taco Bell aimed to provoke their fans.

The outdoor campaign featured digital six-sheets and adbikes to reach football supporters in the city centre, travelling to the match and near the grounds.

Spotify "Good vibrations" by Who Wot Why