TalkSport has struck a mid six-figure deal with telecoms brand O2 around its exclusive coverage of the Rugby World Cup in September and October.

O2, the England team shirt sponsor, will be associated with all the station's England content, such as player interviews, during the tournament and in the build-up to it.

It is also featured in a summer-long promotion offering a trip to host nation New Zealand and breakfast with the England team, running across the station, its website and sister magazine Sport.

The deal was brokered by Laura Wade, head of commercial strategy at TalkSport, and media agencies ZenithOptimedia and Newcast.

Having secured the exclusive UK radio commentary rights in June, TalkSport is now making sure people are aware of its coverage, which will feature famous rugby names such as Brian Moore, David Campese and Phil Vickery.

Press ads break in tomorrow's newspapers on the day of an England vs Wales game at Twickenham, where TalkSport will be running sampling activity and a Q&A with Moore. A digital and outdoor campaign will follow in September.

The ads were created by Lionhouse Creative and media was planned and bought by Mindshare. 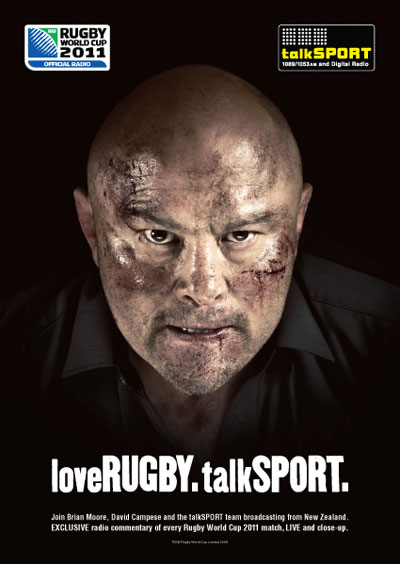 TalkSport enters the US