A video of a dragon-style door knocker has appeared on Twitter that looks like it is a teaser for John Lewis & Partners' much-anticipated Christmas ad.

The 10-second film shows a person using the door knocker, which has a dragon face. The door then opens slightly to reveal what looks like a fire. It ends with the strapline "Meet Edgar. 14.11.19" and the hashtag #ExcitableEdgar. 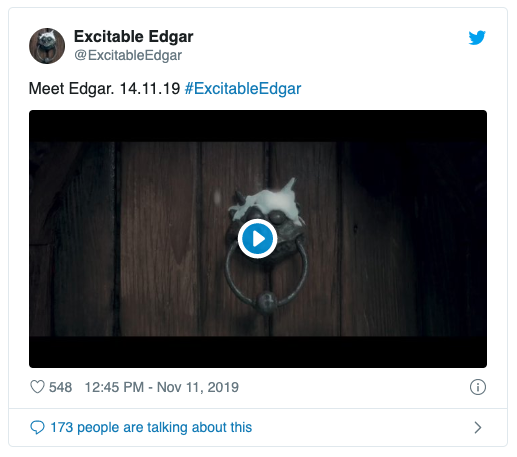 The teaser suggests that the spot will be out on Thursday. In previous years, John Lewis has released the ad on social media in the morning.

It will be Adam & Eve/DDB’s 11th ad for the retailer. Last year, the work featured the life of Sir Elton John in a spot called "The boy and the piano". It coincided with John’s farewell tour.

Yesterday (Monday), John Lewis and Waitrose & Partners released a montage of their past Christmas ads. 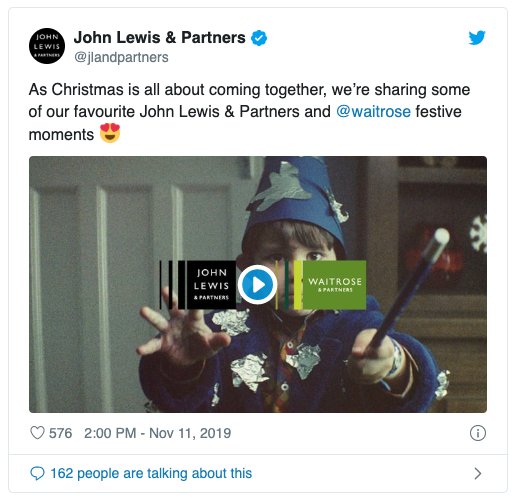 A spokeswoman at John Lewis told Campaign: "We are lucky enough to enjoy lots of speculation around our TV ads, but we don't tend to comment because we want to keep the surprise."

John Lewis' Edgar the dragon to gatecrash credits on ITV

Argos bangs the drum for Christmas catalogue in 1980s-soundtracked ad