Cast your mind back to 1989. The world was a very different place - the internet was born, in the UK it wasn’t compulsory to wear rear seat belts in cars, and while Boris Becker was winning Wimbledon, his retail compatriots Aldi and Lidl had yet to reach these shores, let alone win over British shoppers. 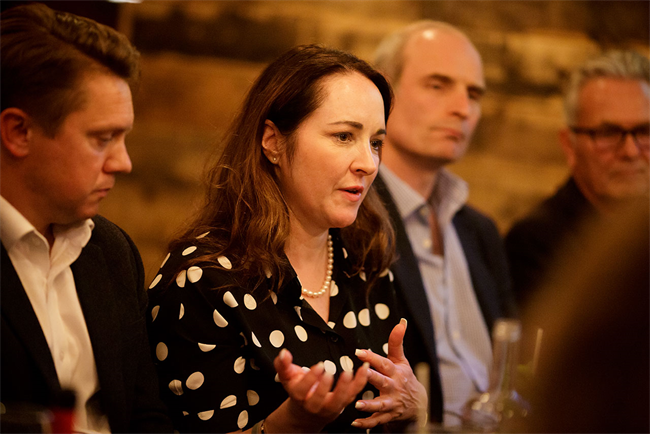 It was also the year that one company would go on to revolutionise retail by empowering businesses everwhere to better compete and thrive by putting their customers first. That company was dunnhumby media, and as it celebrates its 30th anniversary, Campaign brought together 15 marketing leaders to look forward to how the retail industry might look in another 30 years’ time.

It’s far from a straightforward question, with technological advances contributing to massive changes in all aspects of our lives. "I’ve got a daughter, six years old, she recently asked me ‘are you going to teach me to drive?’," reflected Colin O’Toole, associate director of marketing at Mondelez International. "In my head I’m thinking ‘you’re not going to need to drive!’, but I said ‘yeah, sure’. It’s one of those things that makes you realise - 30 years is a hell of a long time." 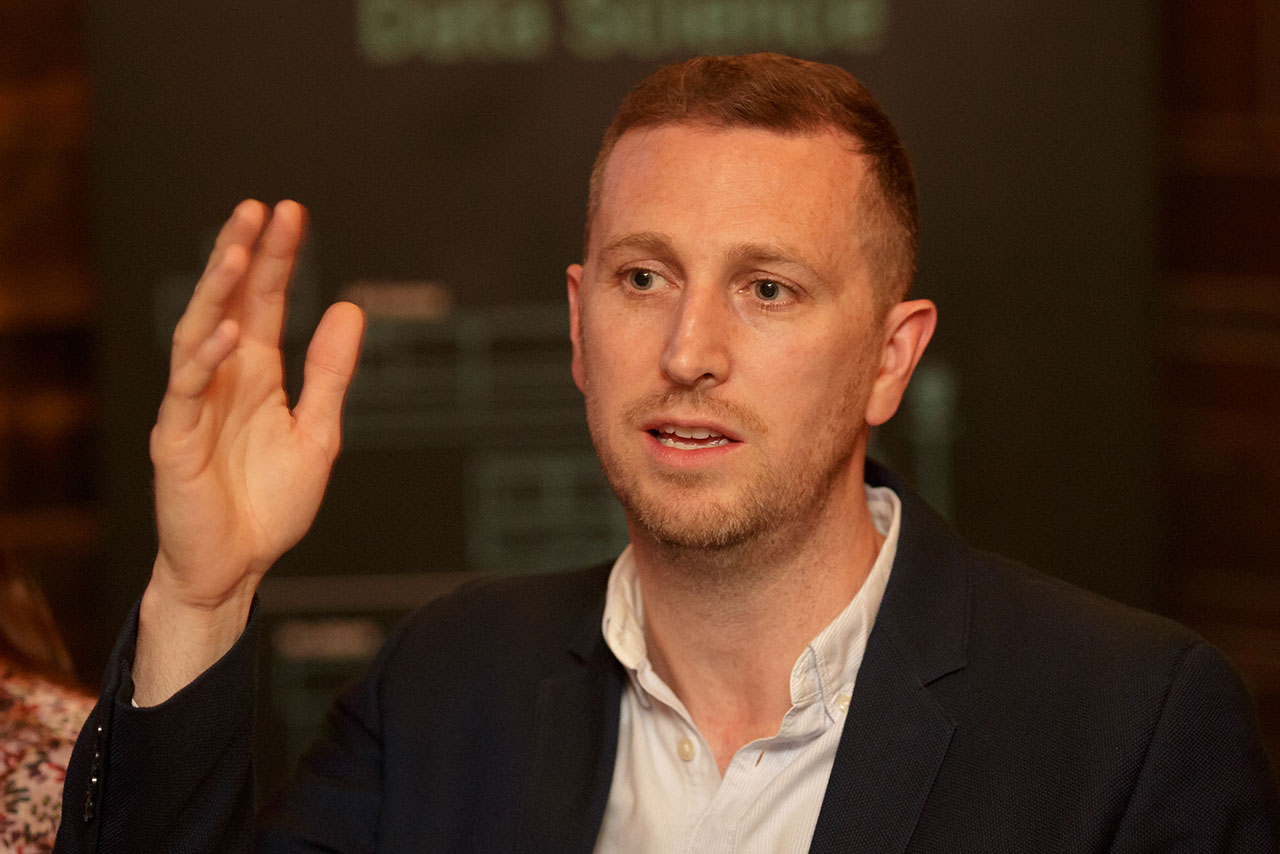 Given the lively debate generated around this topic, it seems likely that as long as there is retail, and as long as there are marketers, there will be interest in the issue of customer loyalty, with some attendees questioning whether it actually really exists. "The proportion of your sales that comes from a loyal customer base is much higher than you probably recognise," countered Adam Smith, dunnhumby media’s head of media strategy, adding that the natural respondent churn in panels means longer term customer loyalty isn't always accurately reflected within panel data.

Predictive and descriptive data science is continuing to advance, dunnhumby media commercial director Dominic Rowbotham added: "The things that we’re starting to get very clear on now is whether or not promotions are genuinely working for the retailer - there’s an awful lot of promotions that are run out of habit, and they’re neither good for the manufacturer nor for the retailer."

Rowbotham suggested that better understanding of this might mean that in the future, the pricing of basic items might become more universal, in turn meaning that promotions "will take a different role".

Participants agreed that the use of data should continue to improve a shoppers’ personal experience. Mondelez’s O’Toole suggested we could get to the point of retailers competing on an individual basis for custom: "We’re moving towards personalisation of brands, are we going to get to the point where I get a shopping list sent to me from Tesco, saying ‘here’s the deal that I’m going to offer you this week to come shop with us?"

Or, he went on to suggest, the evolution could involve retailers essentially becoming fulfilment businesses, competing not on in-store experience but who is able to most quickly deliver you the exact things that you want and at the best price - and for that matter, able to identify what you want based on past purchases.

Julia Ayling, head of research and insights at Mindshare, said that grocery retail was behind the curve on personalisation, pointing to the popularity of Amazon’s recommendations. "People really like the whole algorithmic recommendation - it’s resetting expectations, it’s resetting how people think about what they’re going to purchase," she said, suggesting the sector needed to catch up.

Another point of agrement was the need to tread carefully in data use and personalisation to avoid seeming creepy, although Mars Pet Care sales director Helen Warren-Piper was confident that this balance can be found. Describing Mars’ new strategy of forging a more direct relationship with individual customers by using data about their pets’ likely needs over time, she commented: "As long as they give you their permission and they’re on the journey with you, they love it."

Alice ter Haar, senior manager for EU marketing at Deliveroo, remarked at this point that she was "alarmed" at how few participants were talking about the actual quality of their product. "Shouldn’t we be trying to have products that are good enough so that customers will chose us regardless of the platform or where we’re going? We can do clever marketing to get people to reconsider a brand, but fundamentally if we want sustainable growth that’s what we ought to be thinking about," she commented. 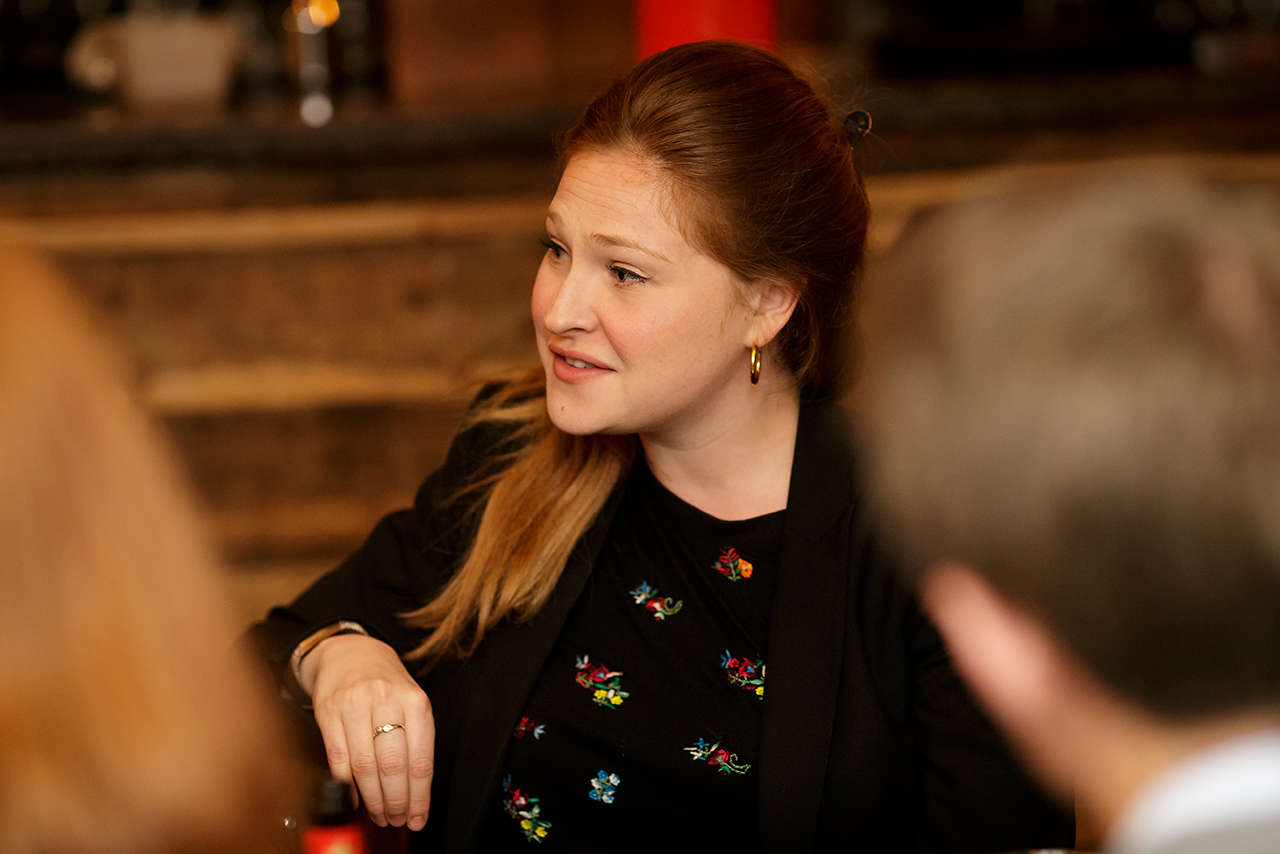 Participants mostly agreed. "You could have the best product in the world, but the only way to get it is to go to that one store that’s miles away and horrible," pointed out Alex Campbell, managing partner at performance marketing agency Performics.

An additional future risk for brands and retailers is that of being banned, forced to reformulate, or blocked from marketing, for public health or environmental reasons. "The meat industry could be massively legislated," warned Matt Mill, SEM and Nordics marketing lead at Kraft Heinz, adding that concerns around packaging and other factors could provoke significant regulatory changes, and voluntary shifts in consumer behaviours. 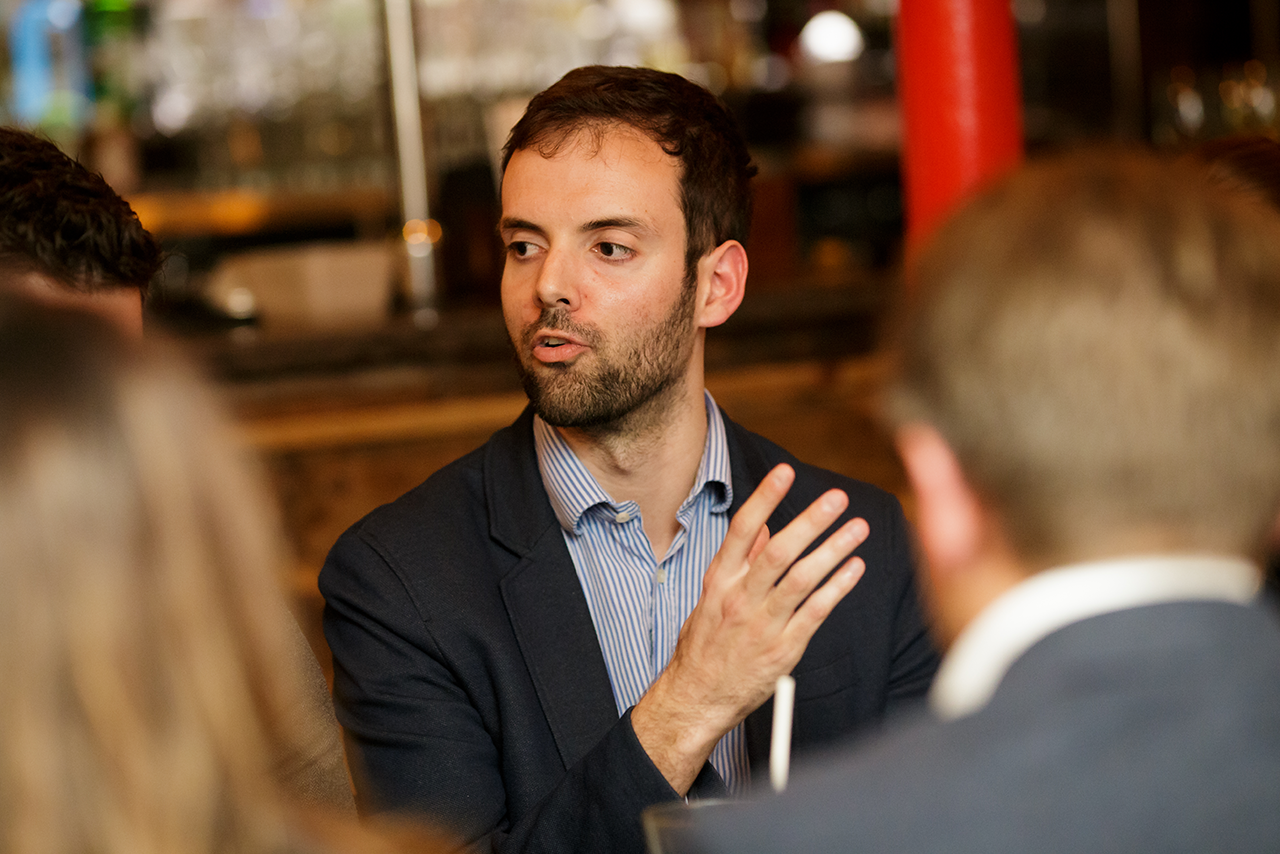 From one meaty question to another; is there a future for the physical retail store? "I don’t see that in grocery, the physical store has a future 30 years from now," said Performics’ Campbell, explaining: "I don’t think that people will go to any effort to buy things that they don’t really care about." Instead, he suggested, the online "bot-mediated buy" is likely to be the future - the conundrum here being how a marketer can advertise to the AI assistants and bots who have an "infinite attention span" as they trawl information in search for the best deals for the human they serve. Other attendees wondered whether subscription services, already seen in areas of retail as varied as organic vegetable boxes and packs of razors, would disrupt the current model of retail and change the way people shop across different categories.

While all of the participants agreed that online retail was set for massive growth, few accepted the death of the high-street store as an inevitability. "I love the idea of complementing my big basket grocery shop with a trip to the local butcher," said dunnhumby media’s Rowbotham with a nostalgic tone, arguing that this sort of traditional community and social experience does have a place alongside a more commoditised, lean online offer. "Technology and data will allow retailers to increasingly tailor their offers to their customer's needs," he suggested. 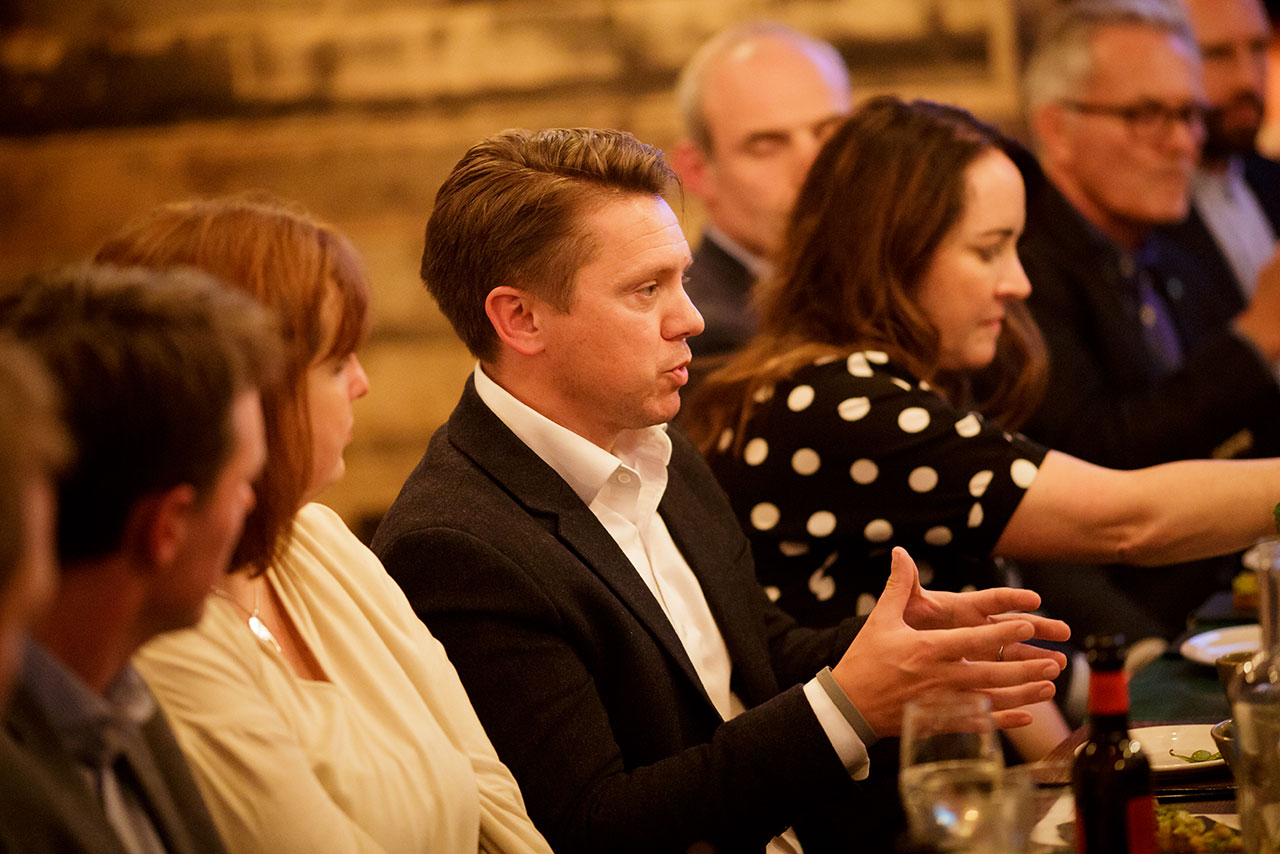 "Jeff Bezos clearly knows a thing or two about online retailing," added Mediacom retail and commerce MD Danny Donovan, saying that the Amazon boss has been plain that in-store retail is very much part of his firm’s future. "What he’s intending to do is reinvent how that works," Donovan added. 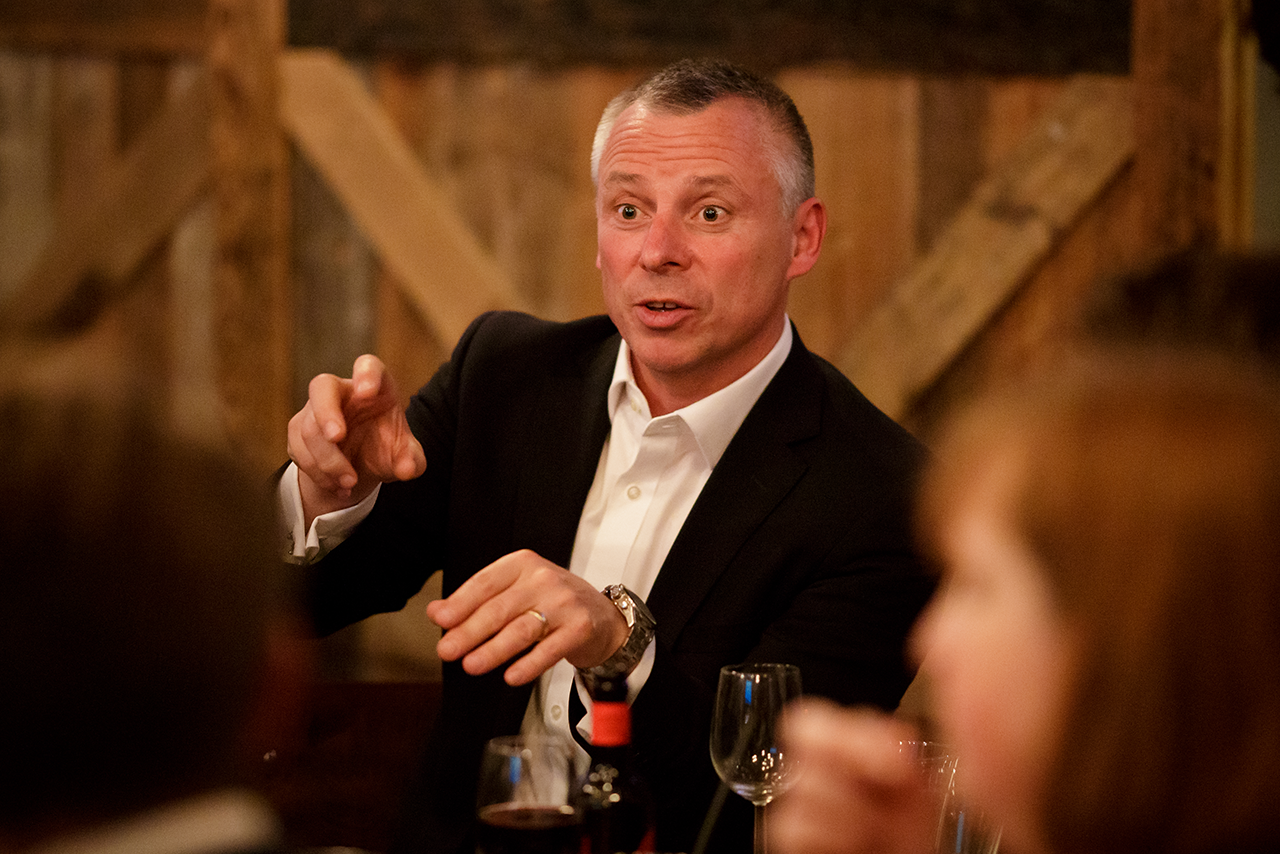 A large part of Amazon’s success is its lean logistics - the discussion returned to this topic on a number of occasions, with a clear sense that companies who can solve issues around delivery infrastructure will be likely to win themselves a key advantage.

From faster fulfillment to improved online experience, there is no doubt that the opportunities to make retail work better for customer and retailer alike come 2049 are plentiful. The question is, who will be the quickest to grasp them?

So you think you're a data scientist?

Podcast: Why being customer-first makes a difference

Watch: How retailers as publishers bring opportunities for brands