Apple and Google have once again topped Interbrand's list of the 100 most powerful brands - while Facebook and Amazon have seen their value grow faster than any other brand.

The top five is completed by Toyota; the car brand has leapfrogged IBM, which falls to sixth. Samsung, Amazon, Mercedes-Benz and GE round out the top ten.

Facebook, which climbs eight places in the list to 15th, is the fastest grower, with its brand value up almost half (48%) to $32.6bn. It is followed by Amazon, up from tenth to eighth, which saw its value grow a third to $50.3bn.

A brand’s ranking is based on three factors: the financial performance of its products and services, the role it plays in influencing customer choice, and its ability to command a premium price or secure earnings for the owner.

Manfredi Ricca, chief strategy officer for EMEA and Latin America at Interbrand, said the brands enjoying the most impressive results were "doing more than owning a part of a sector – they’re redesigning what their business is about".

There were three factors that united these brands, said Ricca. "First, they listen very carefully to what their consumers might want in the future.

"Second, they create internally a very strong culture that comes before strategy, that enables their employees to challenge the status quo, that encourages their people to go out and change things. And third, they build the capability within the organisation to deliver what they promise."

He added that while technology was creating "disproportionate growth", this was not limited to companies seen as being in the tech sector, but applied to a number of other brands in the list, such as Lego – "a great example of a legacy business using tech to become something between a toy company and an entertainment company" – Zara, which has embraced tech to be quicker getting things to the market.

The auto sector was another driving brand value growth by investing in tech, Ricca said. "Whether it’s Toyota investing in AI, or Mercedes or BMW thinking about the ways they can create services, what we’re seeing is the progression and convergence between information and mechanical technology, where there isn’t going to be a clear distinction any more."

How are they doing? 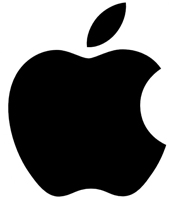 Sitting on top of the pile, a third larger than its nearest (and fiercest) rival, and still growing, it might seem perverse to describe Apple’s result as disappointing – but its 5% growth figure is tiny compared to last year’s 43%. It’s been more than six years since it launched a product widely seen as defining a new category – the iPad – and chief executive Tim Cook is seen more as a safe pair of hands than the visionary his predecessor was. So is the magic wearing off?

No, said Ricca. "I don’t think the Apple brand is in trouble – the level of expectation has been so high that even a relatively good performance from Apple is viewed with doubt and suspicion.

"Yes, it hasn’t been putting out the same level of innovation, and I think most critics are waiting for the next big thing. But on the good side, its revenue from services at Apple has increased by 20% year on year. That shows that Apple is leveraging the spending power of its customer base, and that is really a good thing. This brand can still create enormous growth because it’s got such a big installed base." 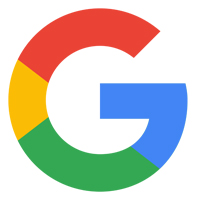 The announcement of Google’s new handsets under the Pixel brand this week signified a greater ambition to be a major player in hardware, but Ricca says the brand’s continued strength is the "fruits of continuity".

"What Google does is continue to improve on its legacy products, but also put out new things on the market. It’s all about the fact that this brand promises and constantly delivers ongoing improvements to the way we use information." 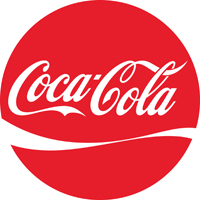 Four years ago Coke topped the Interbrand list but since then it has been left to eat the dirt of the two tech giants. But while its value is down a little on its 2012 figure, Ricca says it is not doing anything "wrong in particular", but is struggling with a hostile context of changing consumer habits and worries about sugar consumption.

"In a large portion of the western world, there’s been a slowdown when it comes to its specific products," he says. "But it’s trying to engage its consumers in new and different ways. It’s not a symptom of the brand not doing what it should do." 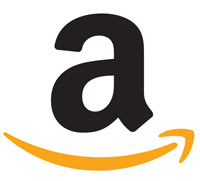 It has bounded into groceries, restaurant delivery, smart home systems, Emmy–winning TV shows, user-generated content, and perhaps most counter-intuitively, physical bookstores, but Ricca says Amazon’s strength comes down to all of its lines of operation being based around offering "proximity – reducing the distance between desiring and owning. It’s a stirring example of owning a concept and hopping through different sectors in order to deliver that promise." 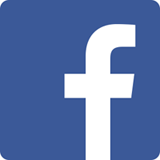 Back in 2012, Facebook was 69th on the Interbrand list and worth only one sixth of what it is now – but it has now been the fastest growing brand in the top 100 for four successive years.

During that time, it continued to increase its users base, with monthly active users surpassing the population of China last year and now sitting at 1.7 billion. It also became an expert at mobile ads, which in the second quarter of this year made up 84% of its revenue – with the total for the quarter up 59% to $6.44bn.

Ricca says that until the last few years, Facebook’s brand value was suppressed by concerns around the way it handled its users’ data – issues that it has largely moved past. "But now with everything in place, this year’s growth is actually unleashing the full potential of the brand," he says."

Branding might be everywhere, but it's as simple as it ever was