The first weekend of the 2015 Rugby World Cup has set the tone, both for an exciting tournament and a shinier and savvier game of rugby, writes Tom Bazeley, CEO at M&C Saatchi.

On the field we’ve seen dominant shows of efficiency from the home nations, a performance by New Zealand, the reigning champions, which sent equal amounts of fear and optimism into the chasing pack. The mighty South Africa came undone by the lowly Japan, a thrilling result for the neutral and a very welcome shot of jeopardy for the tournament.

In the field, around the field and above the field, the opening weekend suggested a game that is choosing to present itself, and ultimately sell itself, as a modern, in touch and brand-friendly way of reaching people.

For such a brutally physical sport, the presence of technology is in some ways surprising, yet gives the sense of a game that is in control and not afraid of embracing the new. The overhead shot of the scrums in the England Fiji match were brilliant and helped highlight to unseasoned fans the technical feat of 16 men pushing the living hell out of each other.

Similarly, the Refcam allowed a window into the game that we hadn’t been privy to before. There is something fascinating about the expression on a hooker’s face seconds before they go down, and now we all get to share in it.

The TMO (television match official) is used constantly through the match. Sometimes awkwardly, like Fiji’s cancelled out try against England, and sometimes effortlessly, like Argentina’s legal forward pass against New Zealand. It’s not just the referees that have embraced the way of the earpiece.

Half the England coaching team are wired up, although who they’re chatting to and how Graham Rowntree fits his piece into his ear will remain anyone’s guess.

The pundits in the studio are blessed with peerless credentials, and offer up way more insight than football’s counterparts. I’m also becoming quite comfortable with Inverdale’s eyeliner and Woodward’s pink lipstick.

The game of rugby is no fool. It embraces novelty and isn’t afraid to try new things, even if they don’t always work

Although my favourite sight from ITV’s coverage was Martin Bayfield’s interviews – seeing giant men crick their necks while replying to the out of shot 6 foot 10 ex-player is a wonderful reminder of the physical dimensions of the game.

New Zealand’s boots offered a more subtle appreciation of the modern game. They were all black. No stripes, no swoosh and not a spec of neon. The culture of the All Blacks and the prioritisation of team over individual is evident, but this was very much an aesthetic play too. 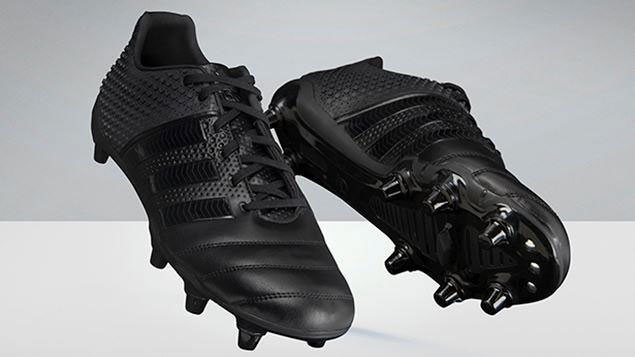 Wearing the same boots made them look together, fierce and a bit cooler than the others (especially England’s burgundy and red clobber) and was a move made with TV audiences in mind.

The game of rugby is no fool. It embraces novelty and isn’t afraid to try new things, even if they don’t always work. This philosophy is producing bigger and younger audiences, and a brand is emerging that is well-managed and more attractive to advertisers.

How well these advertisers will exploit the association remains to be seen. Much of the opening weekend’s advertising shared a very similar tone of voice, and I’m not sure if I can take seven weeks of the orangutan.

This aside, the tournament has started and three days of action has shown why we have been so excited about it, and why brands are paying to share in the action.

Rugby World Cup 2015: How brands are getting in on the action