Ted Baker is set to unveil its "Mission impeccable" multi-channel campaign, and is claiming a fashion first with an interactive window collaboration with Google.

The campaign is primarily digital and centres on a spy-themed online film called "Mission impeccable".

The three-minute spot portrays the brand as an MI5-style spy headquarters, sending out agents to track down a fashion villain called The Needle.

Along with the story, the film showcases new products from Ted Baker's autumn/winter 2016 collection.

The film launches later today on Ted Baker’s site, Selfridges.com, Nordstrom.com and YouTube, and has been preceded by an 11-day social campaign. It credits Guy Ritchie as executive producer through Crowns & Owls, and was created by Ted Baker’s in-house team.

The brand has collaborated with Poke and a number of tech partners to extend the campaign beyond online video, incorporating shoppable video, interactive store windows and innovative social media. 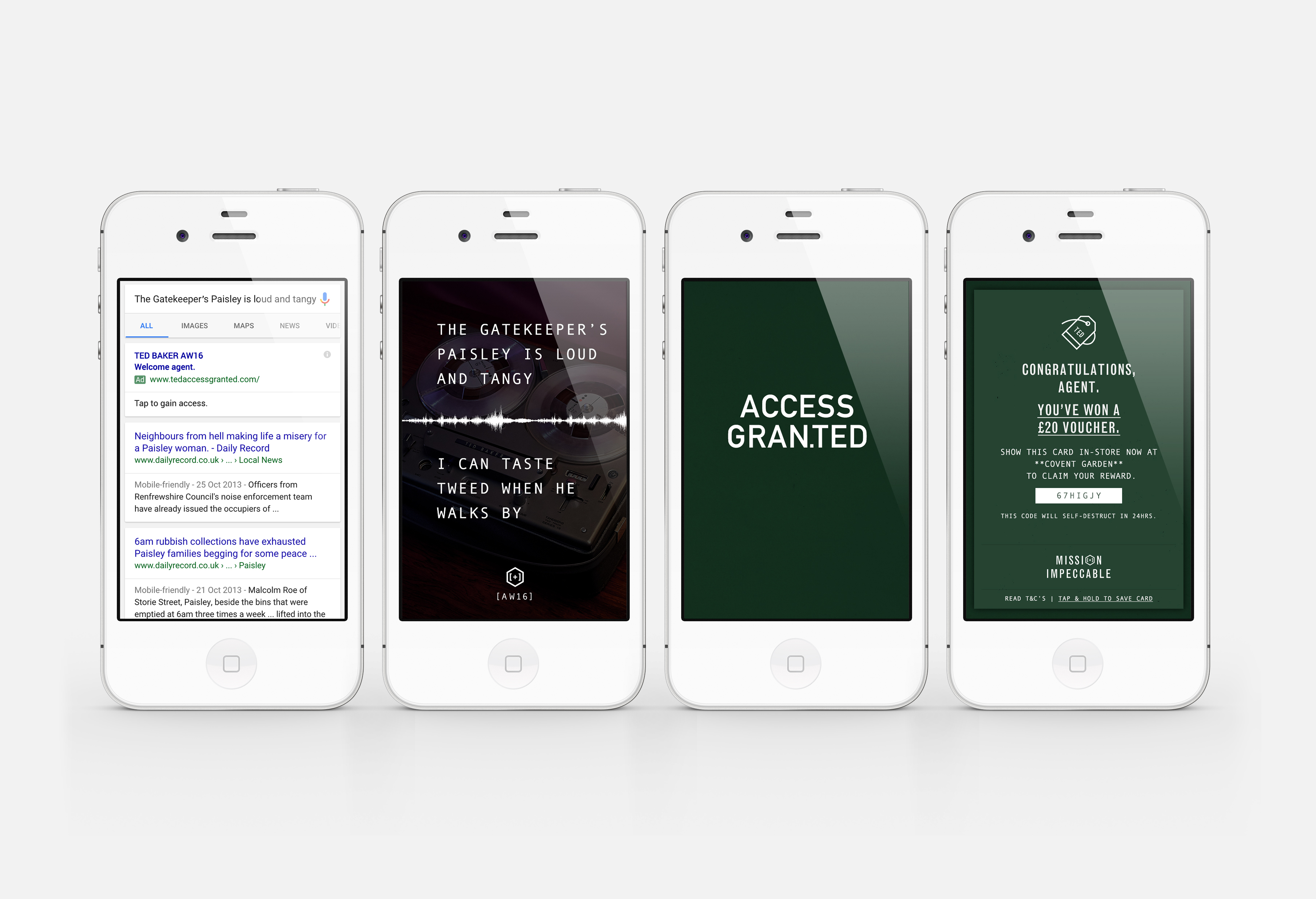 Ted Baker has partnered Google’s in-house creative agency, Zoo, to bring the "Mission impeccable" execution to its store windows. It is claiming to be the first fashion application of Google voice search.

Consumers who go up to Ted Baker’s interactive store displays will see a code to speak into their phone.

The code is limited to the local area, and speaking it into the Google app will bring up a campaign page showing prizes and offers that the user can claim in-store.

Playing on the idea of information leaks, Ted Baker’s Instagram and Facebook have been "hacked" by the fictional Needle, though Twitter remains intact. The idea is to whet consumer appetites for the new collection and the film launch.

The focus is on Instagram, with hacker Voile posting "clues" for users to solve in order to win items from the autumn/winter collection.

One post shows GPS co-ordinates purporting to be the location of Ted Baker agents. Users who enter the co-ordinates into Google Maps and find and post the correct street name are up for winning prizes.

Help me find T.E.D.'s agents. Type the GPS coordinates into Google maps to locate the safehouse. Write the street name below with #MissonImpeccable for a chance to win. 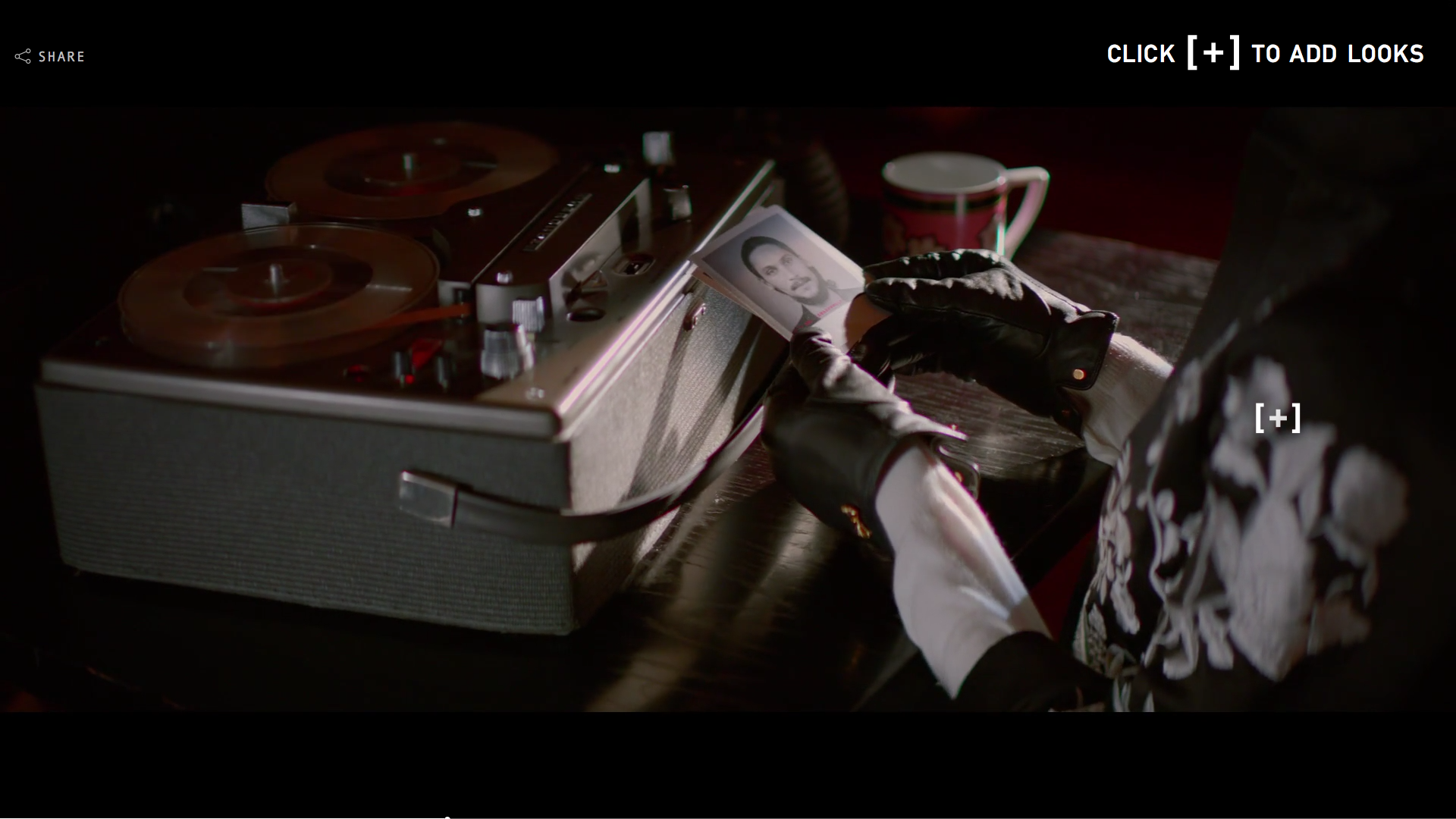 Ted Baker does not advertise on TV, and for brand director Craig Smith, it was key to make the best use of the brand’s investment in the online film. Prior to "Mission impeccable", the brand tended to focus on still imagery for its campaigns but, at the behest of founder Ray Kelvin, it is moving more towards film.

"It’s a nice vehicle to tell stories," he said. "We are ramping up moving image in our campaigns and it’s then about not being digital-first, but making digital of prime importance.

"We made a commitment to move film up the priority ladder."

Through Wirewax technology, the online film will be shoppable everywhere bar YouTube.

Smith added the brand had given retail partners strict instructions to maintain the campaign’s consistency by using assets and images relating to the main film.

"The brand has been built on the product and on the retail experience, fundamentally," he said.

"Most clients are in a habit of constructing things through advertising, but Ted is the opposite. It’s a brand that looks at everything through telling stories."

Uniqlo's first global campaign asks why we get dressed

Ted Baker's Ray Kelvin: 'You never know when or where inspiration will strike'