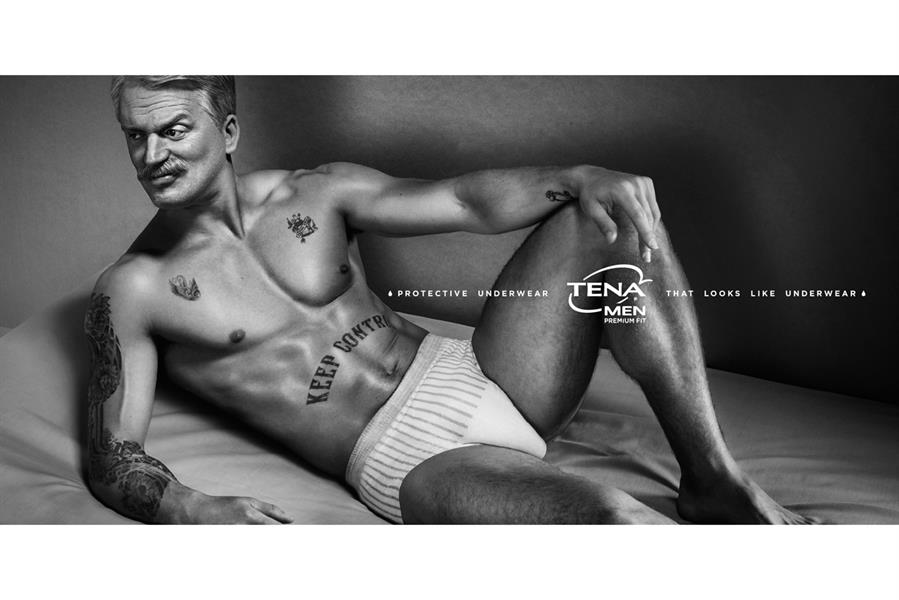 Meet Stirling Gravitas. He's Tena's Mr Pant-tastic, seen here lounging in a glossy ad for male incontinence pants with every bit as much swagger, if not more, of a Calvin Klein underwear model.

Gravitas is the man who’s always in control. Together with Tena Men, he's on a mission to normalise the taboo subject of male incontinence, beginning with this teaser campaign.

This is the first campaign for the pants, which have recently been redesigned to make them appear more underwear-like than ever before.

The brand's full "Keep control" campaign will roll out later in the year when the product launches in the UK.