Most read: Mondelez hires Carat for UK and US media

The UK incumbent is PHD but the Omnicom agency decided not to repitch for the account when the review kicked off earlier this year.

Carat has picked up the US media planning and buying work from Publicis Groupe’s MediaVest. Carat will also work with the Cadbury-owner in Asia-Pacific.

Keep up with all the latest pitch activity. 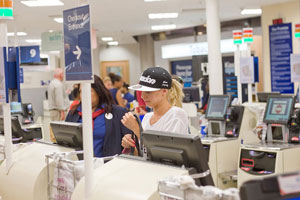 Did anybody ever use Tesco's discontinued Price Promise scheme?

Did anyone bother with the voucher (up to £10) that were printed out at the till if you had bought more than ten items and had at least one item that could be checked against supermarket rivals?

It seemed few people did, with Tesco's own research revealing that over a third (35%) of Britain’s supermarket shoppers had never used a price matching scheme in-store, rising to 80% online.

The byzantine scheme has been replaced by Brand Guarantee, which will immediately refund customers at tills if the cost of branded products are cheaper at Sainsbury's, Asda or Morrisons.

The scheme will be promoted heavily in store and supported by outdoor and press advertising from today, chief customer officer Robin Terrell told Marketing's Sara Spary.

It will also be an investment from Tesco rather than from brands, Terrell added.

He said the cost of brands were "most important" in shaping consumers' price perception and consumers had made it clear they wanted a "much more straightforward way of being comfortable that they were getting a good deal".

Colleagues were also welcoming of the new scheme, he said, because vouchers could add complexity to the transaction process.

We're also happy we don't have to try and explain Price Promise again.

Did you watch the season premiere of Homeland last night? Of course, you're a sentient human. Then you would have seen the debut of a new campaign by Celebrity Cruises.

The ad was produced via Genero, the online community of filmmakers, with Johnny Langenheim, a Spanish filmmaker, Josh Lipworth, a filmmaker on the Amalfi Coast, and director James Morgan making the spot only casting real people rather than actors.

Darren Khan, the managing director at Genero, said: "The film was pulled together with very small teams of talented filmmakers, without the need to fly a huge production team around Europe.

"That’s what our new model of video content production offers brands and agencies, they can very quickly tap into 300,000 directors in basically any country on the planet."

The spot will run across Channel 4, More 4, Film 4, video-on-demand, social, display and paid search in October and November.

Check out more of the latest ad campaigns. 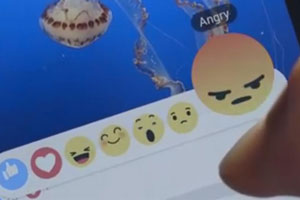 "The effect will likely be to increase overall engagement on in the platform, upping the amount of 'lightweight interactions' available to those who want to interact, but not go as far as a comment."

"Although it may lead to an increased focus on sentiment, in reality the main change brands are likely to witness will be the need to update their reporting metrics."

The airline's spot depicting Jennifer Aniston waking from a plane nightmare hits the top of this week's Campaign Viral Chart, clocking in with 75,847 total shares.

The Emirates A380 featuring Jennifer Aniston

Watch Jennifer Aniston’s dream flight on our A380

Posted by Emirates on Monday, 5 October 2015

Watch all the viral ads.

The Swedes get a six hour work day, now this