The British public has picked out Tesco as the brand that has made the most positive contribution through its actions during the coronavirus pandemic.

Research from IAB UK and YouGov, which questioned 2,123 adults on their thoughts on brand behaviour and messaging during lockdown, found that 79% of participants were likely to favour brands that have behaved well during the pandemic.

Tesco was spontaneously mentioned by 15% of respondents, Asda ranked as the nation’s second-most favoured brand, followed by fellow supermarkets Morrisons, Sainsbury’s and Aldi.

Clear and frequent communication (noted by 75% of those surveyed) and encorcing safety measures (62%) were cited as contributing factors among paricipants.

At the beginning of lockdown (27 March), Tesco was one of the first brands to launch a campaign promoting its social-distancing measures – a  campaign that was hailed by Leo Burnett London’s chief creative officer Chaka Sobhani as a turning point for Covid-19 creativity.

Other works released during the pandemic include a revamp of Tesco’s "Food love stories", which included a "Nan’s ‘long distance’ Easter lamb recipe".

Marks & Spencer, Amazon, Waitrose, Co-op and Boots were also named in the top 10 (see below for the full list).

More than half (59%) of participants said the crisis had highlighted the importance of supermarkets and other essential services such as online retailers, food shops, banks and delivery companies.

However, four-fifths (80%) of participants claimed they were less likely to buy from brands that were perceived to have behaved poorly during the pandemic. 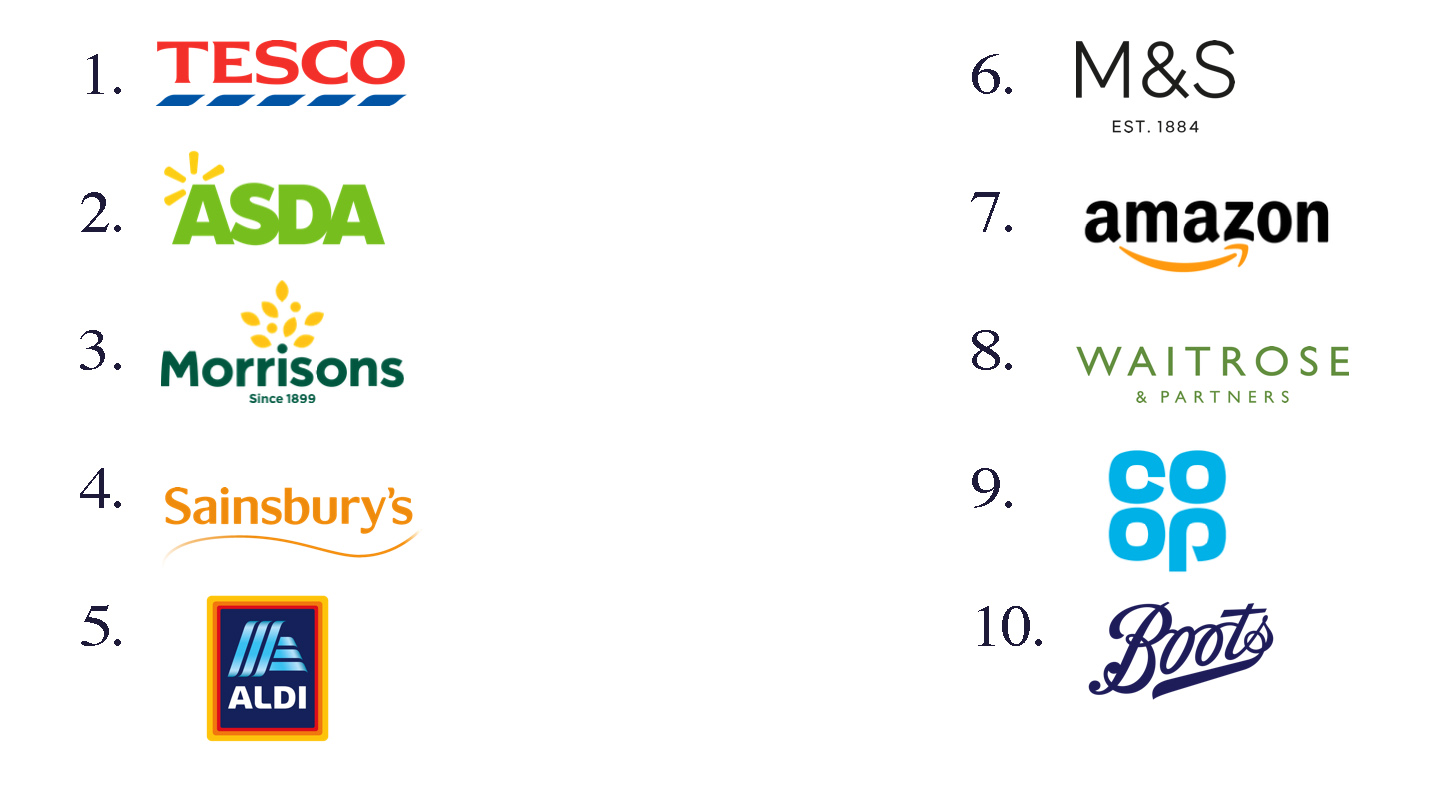 "With so much uncertainty in our daily lives at the moment, it’s clear that consumers want more – not less – communication from brands," Elizabeth Lane, head of research and measurement at IAB UK, said.

"As demand flows back into the economy, this research indicates that it’s those brands that have kept consumers informed, reassured and continued to deliver a reliable service that stand to gain."

Fast-food brands reimagine the future after 'hardest, longest Monday ever'

Brands that embraced Ramadan during lockdown

Coronavirus: countdown to the fastest advertising downturn in history